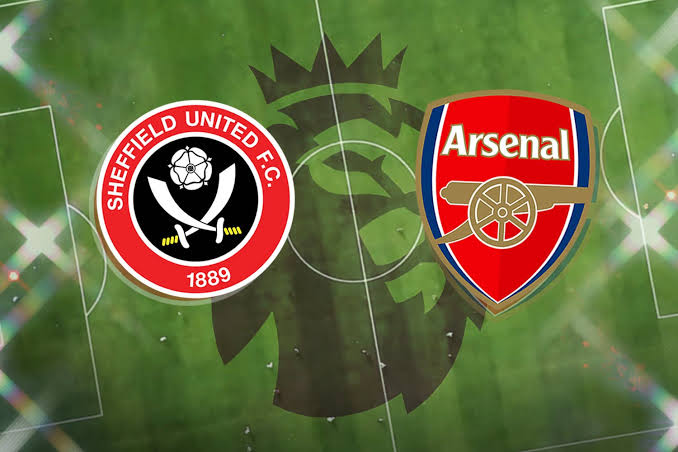 Arsenal will be trying to return to winning ways when they travel to Sheffield United on Sunday evening in matchweek 31 of the English Premier League (EPL) at Bramall Lane stadium in England.

The Gunners (Arsenal) have gone four games without a win in all competitions and need to respond positively when they go against the division’s bottom side.

Sheffield’s relegation has not yet been officially confirmed, but a loss to Arsenal on Sunday will effectively seal the deal, which will be their fifth loss in a row.

Paul Heckingbottom‘s Sheffield United side have amassed only 14 points from 30 league games this current EPL campaign and are currently last on the table, 15 points behind 17th placed Newsctle United.

The Blades’ (Sheffield United) managed to end a three-game run without scoring last time out, with Ben Osborn‘s goal coming in a 2-1 loss to Leeds United last weekend. Sheffield United are the lowest-scoring side in the Premier League, netting just 17 times in 30 matches, but Arsenal have not kept a clean sheet in 14 games in all competitions.

The reverse fixture at the Emirates stadium saw Arsenal defeat Sheffield United 2-1 courtesy of second-half goals from Bukayo Saka and Nicolas Pepe while David McGoldrick scored the late consolation strike for the Blades.

Arsenal are on a torrid run of form, having failed to win any of their last four games in all competitions and will be hoping to bounce back from their disappointing result in midweek.

The Gunners squandered a 1-0 lead in the dying moments of their UEFA Europa League quarter-final against Slavia Prague at the Emirates stadium. They let the visitors take an away goal into the second leg next week.

Mikel Arteta‘s Arsenal have been very inconsistent of late, having won only one of their last five games across all competitions. Arsenal are 11th in the Premier League table, ten points off of West Ham in sixth, with chances of a top-six finish looking bleak. But with eight games still left to be played, a good run can put them back in contention.

Sheffield United will once again be without the services of Jack O’Connell, Jack Robinson, Sander Berge as well as captain Billy Sharp.

George Baldock and Jayden Bogle are expected to be available after having recovered from their head injuries and trained this week. Chris Basham remains a major doubt for the home team as well.

Meanwhile, Arsenal are sweating over the fitness of Martin Odegaard and Emile Smith Rowe ahead of their trip to Bramall Lane. Both players could miss out on Sunday, dealing the Gunners a major blow. Kieran Tierney and David Luiz have been ruled out but Calum Chambers is back after missing the midweek clash.