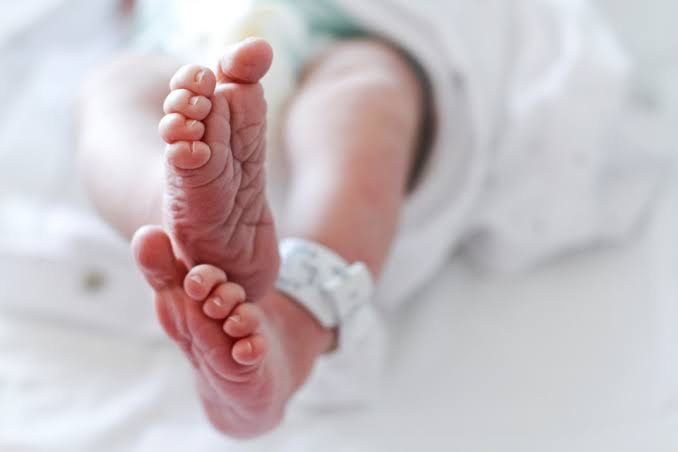 A new study has revealed that a new baby boy in Duhok, a city in Iraq, has three penises — making him the first-ever person documented to have such in history.

The youngster has a rare condition called triphallia, which has never been reported before.

Doctors in the Kurdistan Region detailed the case in the medical journal International Journal of Surgery Case Reports.

According to the doctors, he is the first-ever human to be born with such an affliction and the baby was reported to have been born three months ago in Duhok, north of the country.

Doctors stated that his parents discovered “two skin projections” at the base of his scrotum after which they took him to the doctor. The doctors were baffled when they discovered that they were penises.

The study said the first one was about 2cm in length with glans and was attached to the root of the penis while the third one was about 1cm and was below the scrotum.

Researchers, however, noted that only one of the penises was functional resulting in the removal of the two others attached to the shaft of his actual penis through surgery.

Triphallia (three penises) is unreported condition in human until now. Patients with supernumerary penises have unique presentation and no cases are identical. Treatment is difficult because it poses medical, ethical, and cosmetic aspects. A combined multidisciplinary team is required for the management and long term follow up is required. Excision or reconstruction of the duplicate penis is required depending on the corporal development and anatomy of the urethra.

Diphallia, a condition where a child is born with two penises, affects one in six million boys.
It was first reported in 1609 by Swiss doctor Johannes Jacob Wecker when he analysed a cadaver.

Since then, only around 1,000 cases have been reported. The condition is not a danger in itself, but can lead to health complications.

According to Healthline, Diphallia is associated with many other conditions that do cause medical problems. People with diphallia often experience other congenital defects, including digestive and urinary tract problems.

Previously doctors in India claimed they had treated a two-year-old boy born with three penises and no anus, but it appears the story was never written up in a medical journal.

Sometimes it can be accompanied with other problems, such as a double bladder. For example, one baby born with two penises in Russia also had a third leg and no anus.

The team in Iraq led by Dr Shakir Saleem Jabali said there was no evidence of any other health issues in the infant.

They looked into whether the baby had been exposed to alcohol or drugs during his pregnancy – which he had not. They were stumped as to how the condition could have occurred.

However, they decided that the best option was to carefully remove the two extra stubs while the baby was put under anaesthesia.

A year later, the baby was healthy and had recovered well but will need check-ups as he goes through puberty and “before marriage“, the report said.