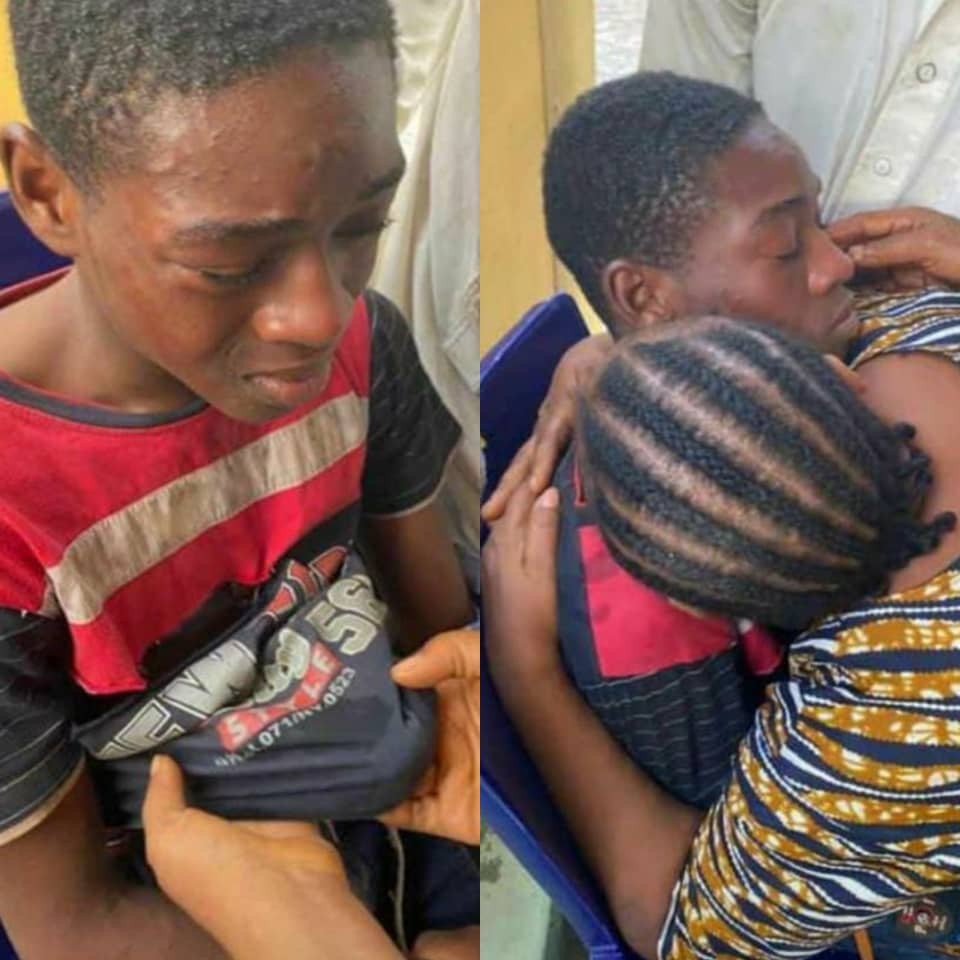 A 13-year-old boy named Gbolahan Ajibola, who was recently abducted by unidentified gunmen in Obada-Odo, Ewekoro Local Government Area of Ogun State, has regained his freedom on Tuesday, April 13.

It would be recalled that gunmen numbering six and said to be in military uniform, invaded Destiny Estate Community Association in Obada-Oko around 9:15 pm on April 10, shot sporadically in the air before whisking the boy away.

The victim, his mother, and his grandmother were returning from their shop after attending a program at Redeemed Christian Church of God (RCCG) when the incident happened. Read here.

However, in latest development on Tuesday evening, April 12, he was released and has since reunited with his family members.

Watch a video showing the moment he arrived at his home below;