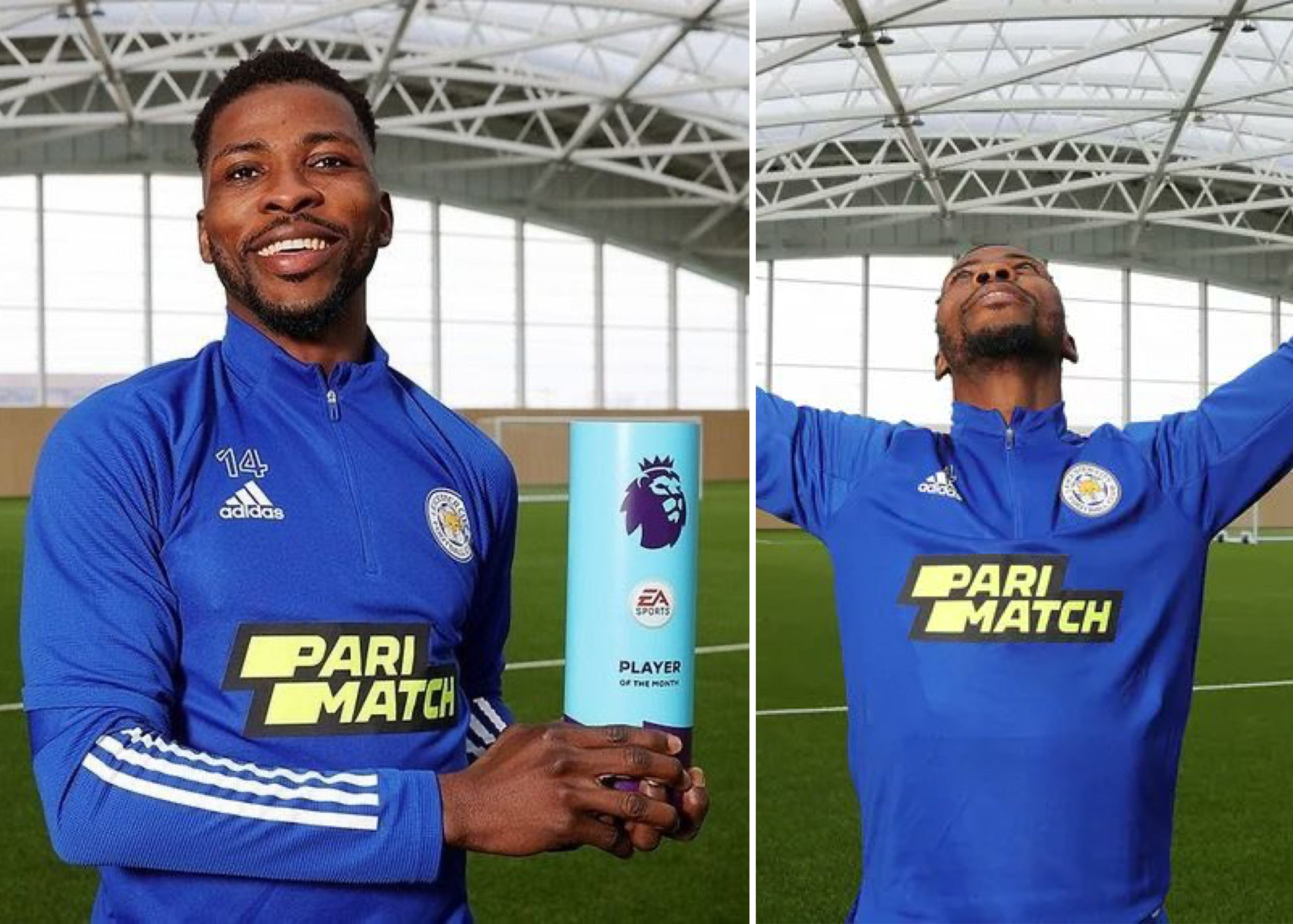 The 24-year-old Nigerian rose to the fore in the absence of the injured James Maddison and Harvey Barnes, netting a hat-trick in the 5-0 drubbing of Sheffield United following goals against Brighton and Burnley.

His vital contributions helped Brendan Rodgers’ side maintain their momentum as they enter the business end of the season, with Champions League qualification very much in sight.

Leicester lie in 3rd place, seven points clear of West Ham United in 5th and one point behind Manchester United in 2nd, to whom defeat last season meant they missed out on Europe’s elite competition on the final day.

The 24-year-old scored five goals in three league appearances for the Foxes in the lead-up to the international break last month.

Speaking about his win, Iheanacho said;

I’m so pleased and honoured to win this award. It’s great to be recognised, but I couldn’t have done it without the support of my team-mates and the manager.

I’m really enjoying playing at the minute and hopefully I can push on and help the team to finish as high as possible this season.

Leicester, third in the table, will host league leaders Manchester City, who had won both the player and manager awards for the past two months through Ilkay Gundogan and Pep Guardiola, on Saturday.