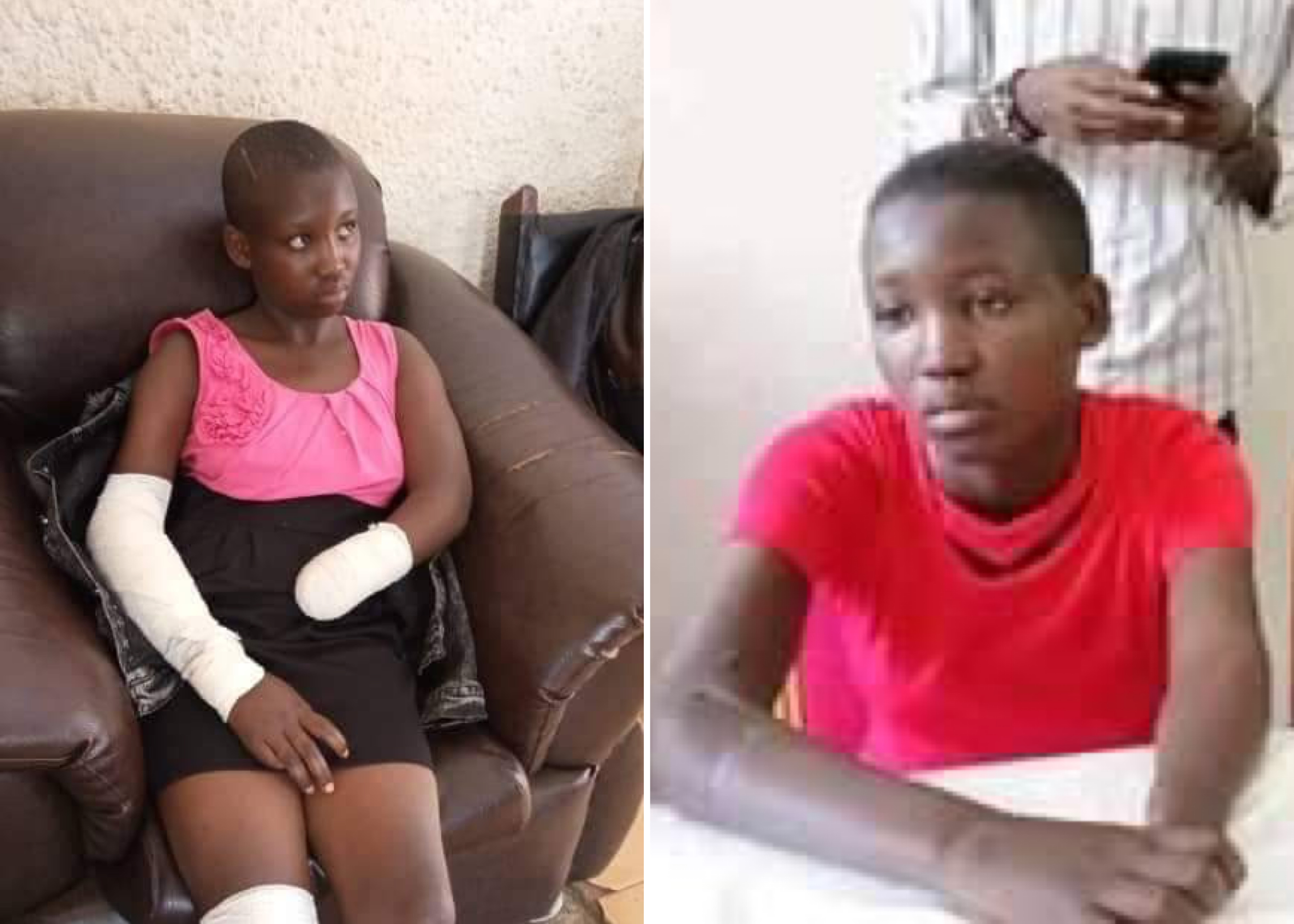 A 16-year-old senior secondary school two student in Bududa District, Uganda, has lost an arm after a machete-wielding man attacked and cut off her hand after she resisted his attempt to rape her.

She expressed that the 25-year-old suspect Derrick Kuloba, waylaid and attacked her near a forest on her way home to pick beddings and food for her sick mother who had been admitted.

Speaking to the court during hearing of a case in which Kuloba is accused of attempted murder, Namasopo said;

He (Kuloba) started ordering me to undress and when I refused he pulled out a machete and started cutting me. He wanted to cut my head but I tried to guard it with my right hand.

The victim said she made an alarm hoping to get help but in vain, adding that she’s still experiencing a lot of pain.

She also accused police and Mbale Court of trying to frustrate her case because Kuloba was released under unclear circumstances a few days after his arrest.

Prosecution told court that Kuloba, a resident of Nabooti Village, Nakatsi Sub-County in Bududa District, on July 4, 2020 armed with a machete, waylaid the victim and attacked her before chopping off her right hand in a botched rape.

The young lady also sustained several injuries on other parts of the body. Prosecution presented three witnesses; the victim, her cousin and uncle.

In her testimony, the girl further asked court to give Kuloba a harsh punishment.

The case was adjourned to April 8, 2021 when Prosecution is expected to present more witnesses in court.

I Was Raped By Stepfather, Hoodlums – 11-Year-Old Girl…