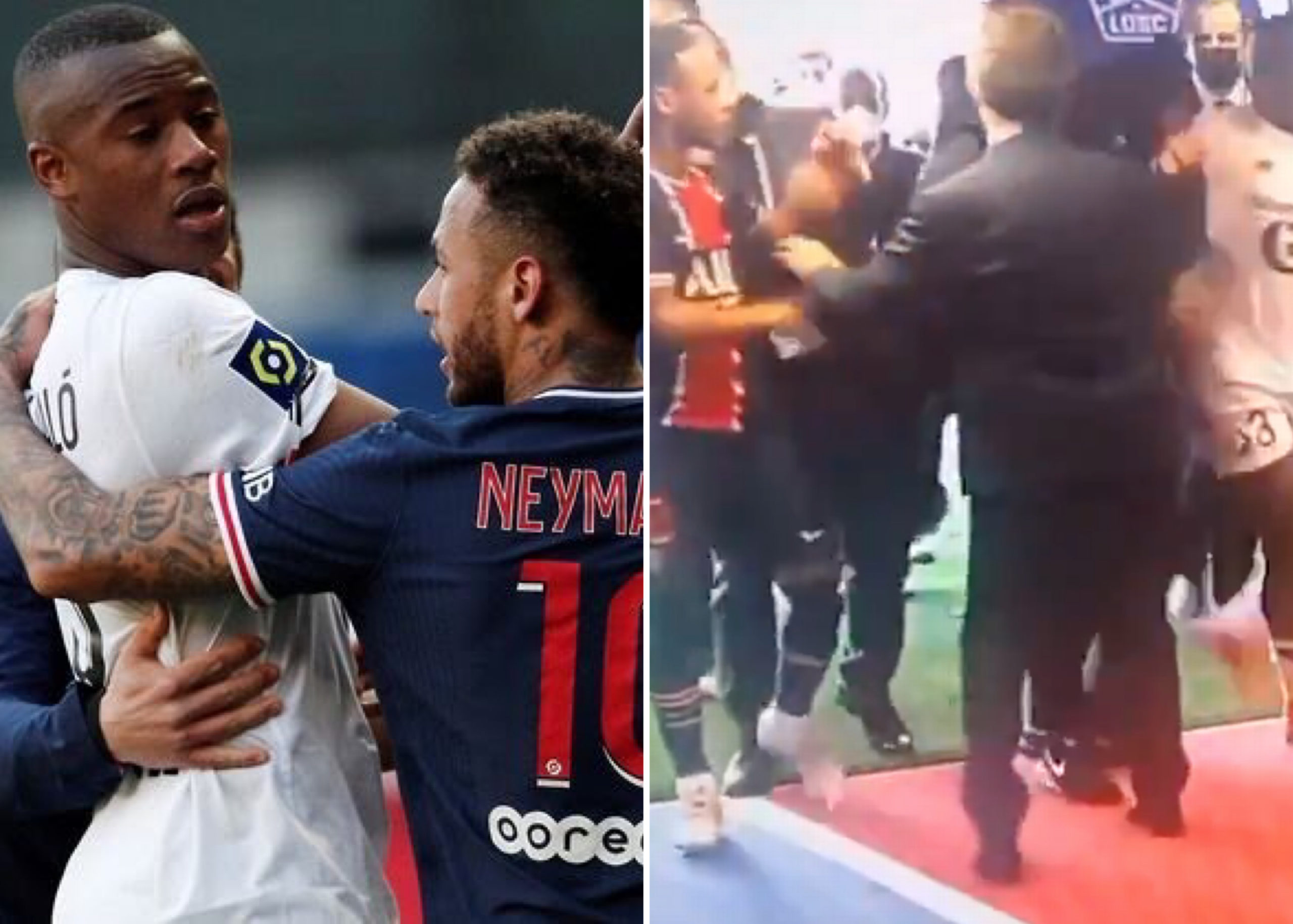 Lille defeated PSG 1-0 thanks to Jonathan David’s first-half goal as Neymar and Djalo were sent off late in the second half of the game.

Jonathan David deflected shot in the 20th minute gave Lille their first away league win over PSG in 25 years in the crucial table-topping clash, making them top in the French Ligue 1 standings.

PSG enjoyed more than 60 per cent possession in the first half but could not turn that advantage into a goal, despite piling on the pressure with good chances for Kylian Mbappe  and Neymar, Lille managed to keep their hosts at bay.

The second half of the match was not the best for the Champions as Neymar received the first yellow card in the match, after 48 minutes into the game he placed his hand in the face of French midfielder Benjamin André.

However, in the final part of the match and with the desperation to equalize the score on the players of the PSG, In his haste to get the ball, Neymar shoved Djalo to the floor and was shown a second yellow card by referee Benoit Bastien – while the Lille man, Djalo was also dismissed for a foul-mouthed rant.

Both players continued rowing as they walked off the pitch together, with Neymar taking a swipe at the 20-year-old centre-back once an official had got between both men in the tunnel.

The Brazilian was seen to be complaining and looking for the Lille defender. On finding Djalo, Neymar pushed him between eight security people and staff from both teams, causing both players to face each other and even seek to hit the blows.

Djalo then knocked one of the men trying to restrain him to the ground as he tried to retaliate before the furious footballers were finally ushered into their respective dressing-rooms.

Neymar will now face a ban and yet more time on the sidelines after only returning from injury for PSG’s 4-2 win over Lyon last month.

The winger has only managed 12 games in the league this season, with his season blighted by injury and suspensions.

The flare-up against Lille was Neymar’s second red card of the season, having been sent-off for his part in a mass brawl that erupted in stoppage-time as PSG lost 1-0 to rivals Marseille some weeks ago.

Meanwhile, PSG’s surprise loss to Lille leaves them three points adrift the summit of Ligue 1 table and also facing up to being without their star forward on account of suspension.

They can shift their attentions away from the Ligue 1 title race this week, as they face Bayern Munich in the quarter-finals of the Champions League.