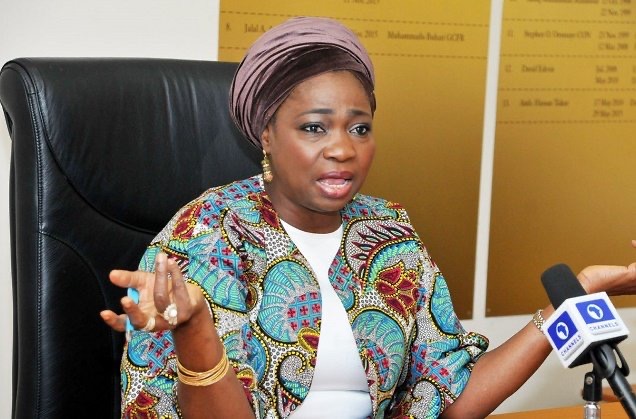 Social media has been awash with criticism as public figures kicked against any likelihood of the suspect’s action.

In a confession video, the suspect said;

Please, I don’t really know what happened to me but I’m begging you. What’s is happening to me is more than being drunk. Please forgive me. I’m sorry, I won’t do it again.

In a tweet on Thursday, Dabiri dismissed Baba Ijesha’s plea for mercy as portrayed in a now-viral video where he confessed to the crime.

She also pointed out that the case would earn him no less than 14 years imprisonment, saying;

So despicable! The act by Yoruba actor, Baba Ijesha, who defied a girl, at 7 years and later at 14 years! Who knows how many the pedophile could have damaged if he wasn’t caught.

I sponsored the violence against person’s law. The penalty is nothing less than 14 years in prison. His plea begging on some video I watched should not be acceptable.

We should all do all we can to support the girl’s foster mother, Princess, to ensure this case goes to court and fully tried, and maximum sentence passed on him.

His plea begging on some video I watched should not be acceptable. We should all do all we can to support the girl’s Foster mother, Princess, to ensure this case goes to court and fully tried , and maximum sentence passed on him.

Baba Ijesha was recently arrested by the Lagos state police command to allegedly molesting a minor.

Following this, Iyabo Ojo and Comedian Princess, the victim’s foster mother, on Thursday protested the alleged plan to release Baba Ijesha from police custody on Friday.

However, Lagos State Police Command debunked claim of the command having plans of releasing the embattled Nollywood actor.

The state Commissioner of Police, Hakeem Odumosu, made the statement while parading suspects at the police command headquarters on Thursday, adding that Baba Ijesha is still in its custody.

The Commissioner stated that Baba Ijesha would remain in custody pending the legal advice from the Ministry of Justice, adding that all parties, including the victim and the accused, were interviewed at the police command on Wednesday.

Odumosu who told newsmen that the allegation against Baba Ijesha was sexual/ indecent assault which is bailable and not defilement, said the suspect was still being held at State Criminal Investigation Department (SCID) Panti pending legal advice from the Director of Public Prosecution (DPP).