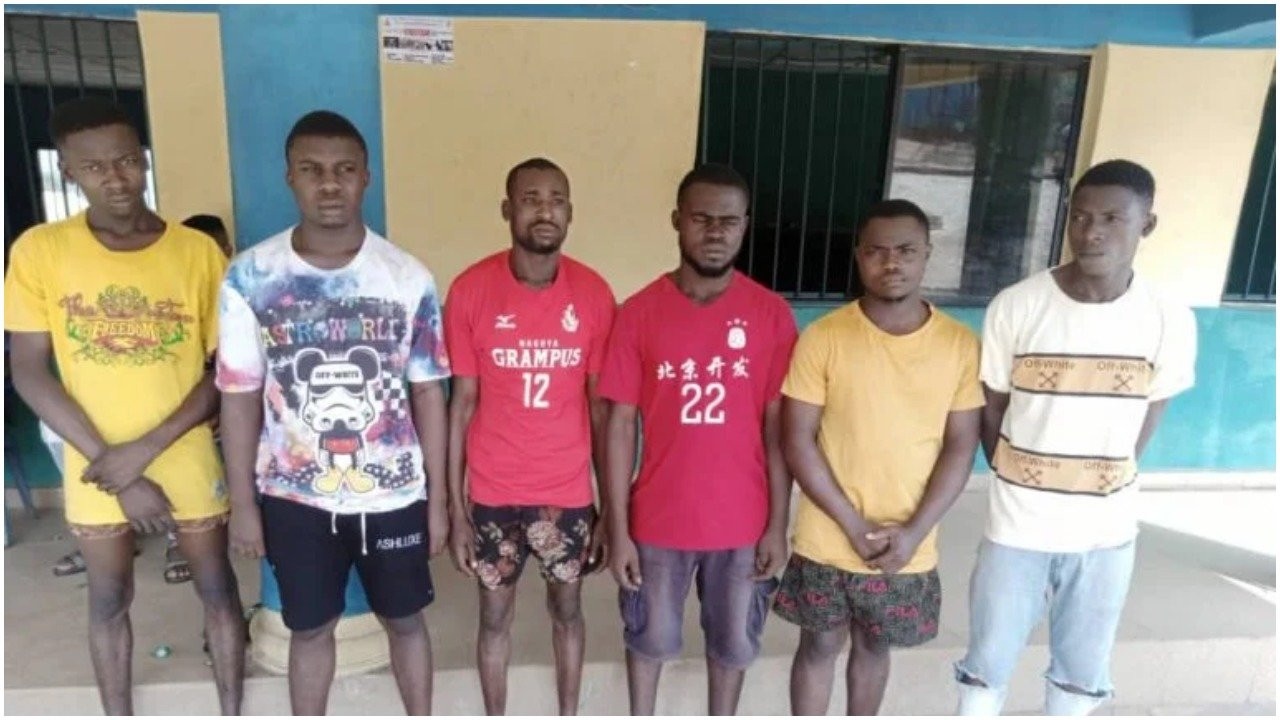 Anambra State Police Command has arrested six youths, aged between the ages of 17 and 25 years suspected to be cult members.

The State Police Public Relations, DSP Toochukwu Ikenga, who made this known in a statement on Tuesday, said that suspects were arrested at Amikwo village in Awka.

He expressed that the suspects were arrested during an initiation ceremony and that two locally-made pistols, eight live cartridges were recovered from the suspects.

Ikenga explained that the suspects had confessed to being members of Black Axe Confraternity and had participated in the shooting incident of April 12, which resulted to the death of an unidentified man in Ukwuoji area of Awka.

According to him, following credible intelligence at about 12 pm, police operatives attached to Anti-Cult unit of the command busted the Den of Cultists and Armed robbery gang in Amiwko Village, Awka and arrested six suspects

They equally confessed to be members of Black Axe Confraternity and will be charged to court on conclusion of the investigations.

JAMB Cancels Use Of Email For UTME, Direct Entry Registration

Police Arrest One Person In Connection With Attack On Ex-CBN…