Governor of Lagos State, Babajide Sanwo-Olu, has given an honorary award to Sunday Erhabor, an assistant superintendent of police, for maintaining professionalism despite being assaulted by civilians over the weekend.

The officer, a personnel of Rapid Response Squad (RRS), was assaulted by one Victor Ebhomenyen at Four Points Hotel in Victoria Island on Saturday, while boasting that nothing that would happen to him.

In a viral video of the incident, the armed police officer maintained his cool in spite of the assault, a reaction that earned him praise from the public.

Ebhomenyen was subsequently arrested by the police and detained at the state criminal investigation department (SCID), Panti for proper investigation and possible prosecution, the police said. 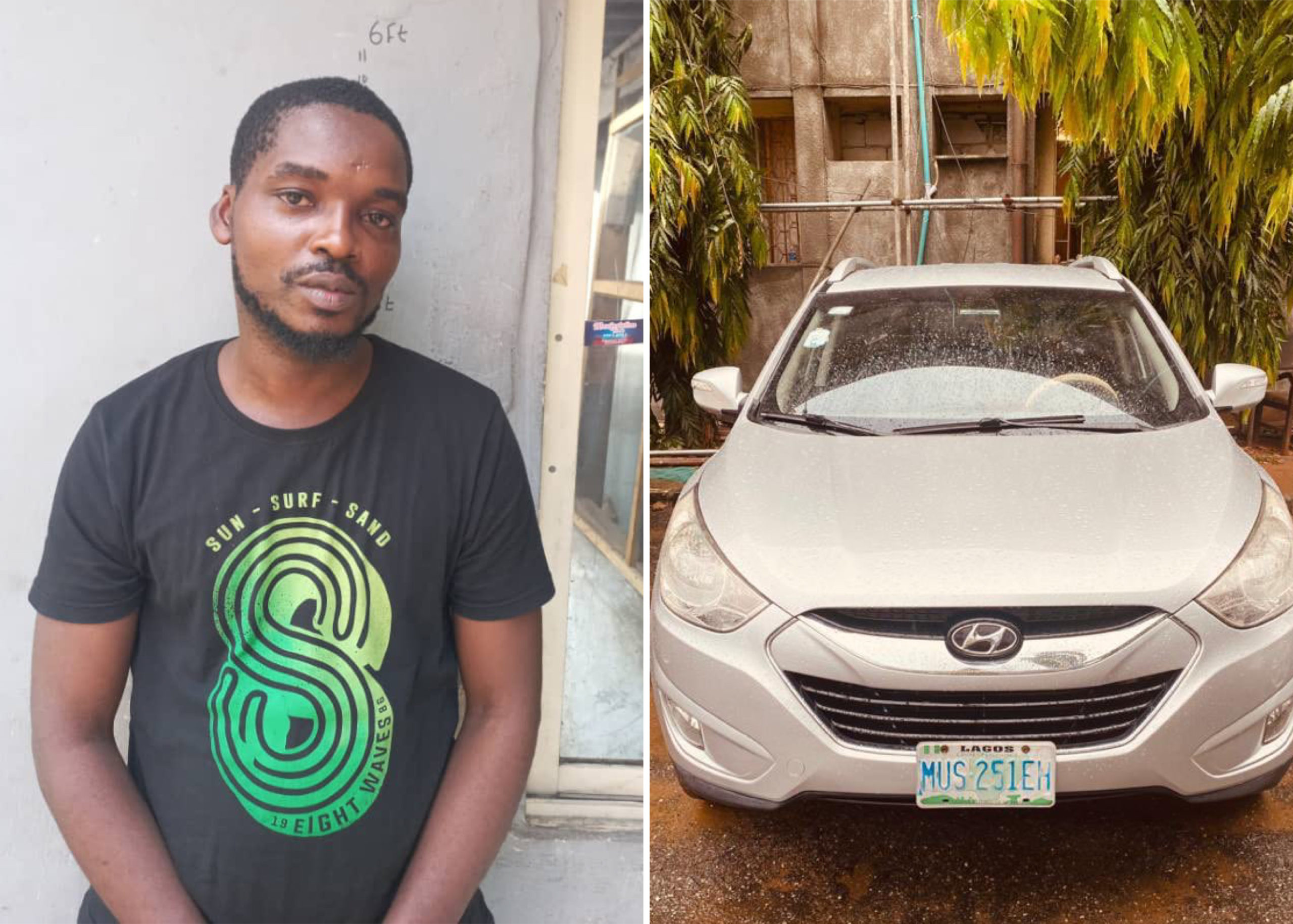 Following this, Hakeem Odumosu, Lagos commissioner of police, on Monday presented the officer to the state governor.

The governor then presented him with a plaque of honour and commended him for the patience shown in the face of confrontation. 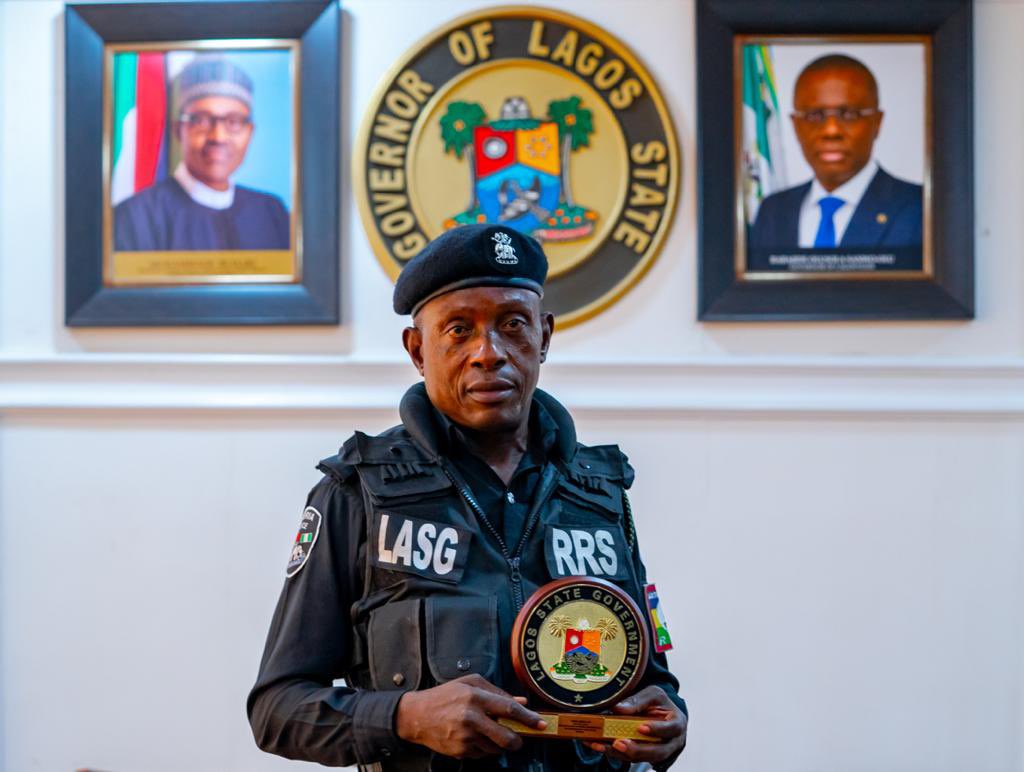 In a statement by Muyiwa Adejobi, the police spokesperson, the governor applauded the assaulted officer for his “professionalism, perseverance, self-control and maturity exhibited during the attack on him.”

The police said the suspect, who is now in their custody, inflicted serious injuries on the officer.

Adejobi, a superintendent of police, said the Commissioner of Police in the state, Hakeem Odumosu, appraised the officer and presented him at governor’s office where he was presented a plaque.

The Commissioner of Police, Lagos State, CP Hakeem Odumosu, who presented the officer to the Governor at the Governor’s Office, Alausa-Ikeja, showered encomium on the ASP Sunday for Professionalism, perseverance, self-control and maturity exhibited during the attack on him.

He was then presented a state plaque as a mark of honour and prestige to appreciate his commitment to promoting core values of modern policing and protection of fundamental human rights.

The police spokesperson said the prime suspect, Ebhomenyen, is in police net, while his accomplice, one Etinosa Obaywana, is at large.

Although the police said the suspect will be charged to court, the judiciary is currently on strike.

The suspect’s car, a white Hyundai with Reg No. MUS 251 EH, was also impounded for the necessary penalty in line with the provisions of Lagos State Transport Sector Reform Law, 2018. 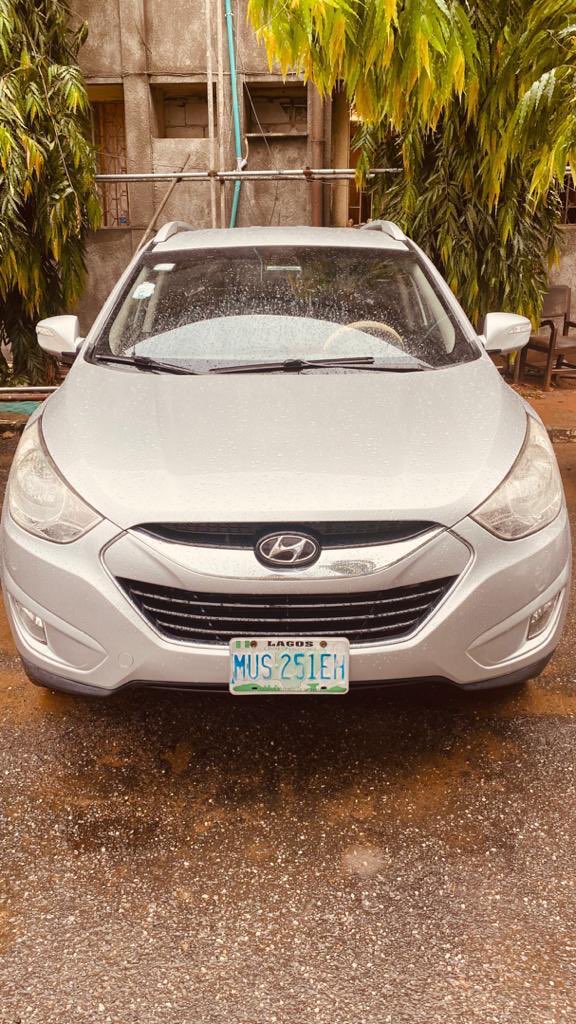 The police boss urged other police officers to emulate Erhabor and exhibit a high level of professionalism and perseverance even at the height of fierce provocation while on duty or off duty.