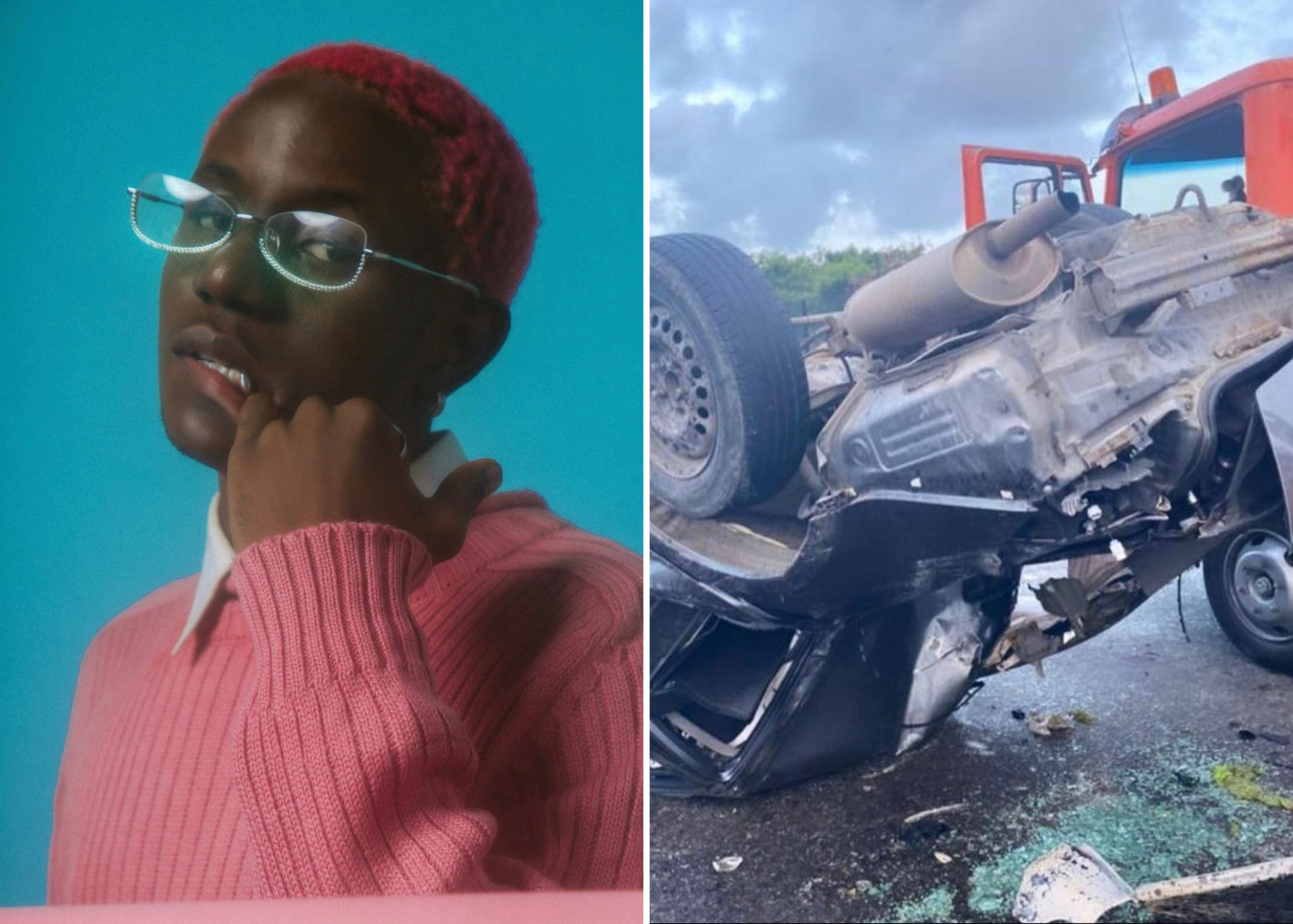 Nigerian rapper and singer, Anthony Ebuka Victor, better known as Victony, has been involved in a ghastly car accident.

The accident occurred on Sunday, April 25, 2021, as the singer and his friends were returning from music star, Oxlade‘s birthday party.

Talent manager, Dafe, announced the incident via  his Twitter page on Tuesday, April 27, adding that the fatal accident claimed the life of a friend named Doyin, while 3 others survived, including Victony.

Yesterday at early hours of the morning, @vict0ny was involved in a fatal accident which claimed Doyin’s life and left 3 others.#PrayForVictony pic.twitter.com/LX9hEFezSf

He added that Victony was unfortunately severely injured and he’s set to undergo a surgery today, Tuesday April 27, calling for prayers for the singer.

Victony was unfortunately severely injured and he’s set to undergo a Surgery Today.

Please let’s all say a prayer for Victony ✝️💜#prayforvictony

The up-and-coming rapper released his EP, Saturn, in 2020 that features Falz.

‘Don’t Remove Him, You Will Regret It’ – Gumi Warns FG Against Sacking Pantami

Actress, Lizzy Anjorin To Dedicate Newborn Child In 10 States In US, 5 Other …

Singer, Victony Speaks For The First Time Since Car Crash,…

Many Feared Dead As Bus Bursts Into Flames On Lagos-Ibadan…