Suspected Thieves Who Use Dummy Guns To Operate Arrested In Lagos 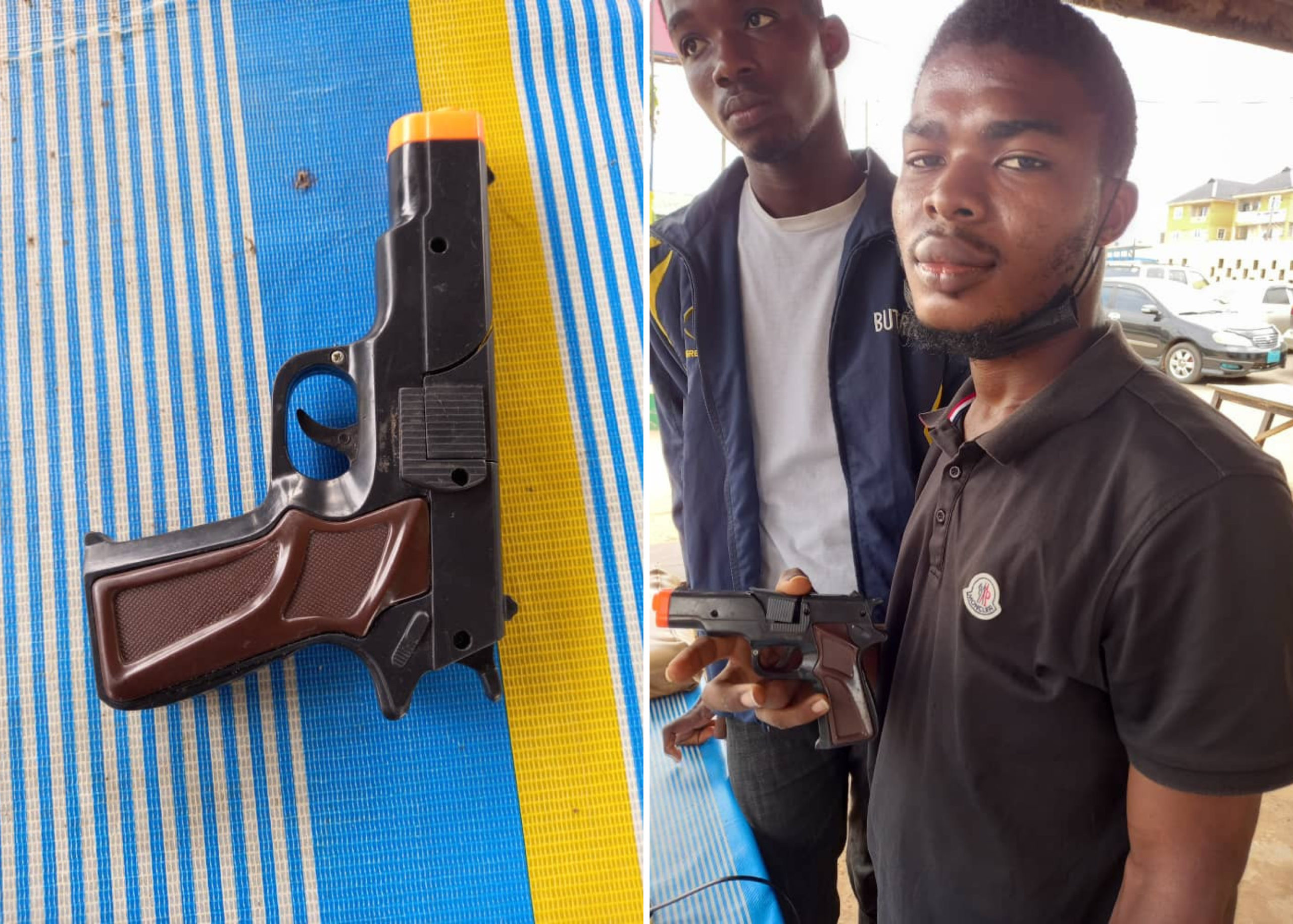 Spokesperson of the state police command, Olumuyiwa Adejobi, said after preliminary investigation, it was discovered that the suspects were using the dummy gun to scare their victims anytime they were on robbery operation, particularly in the traffic.

He expressed that they are giving useful information to assist the police in the course of their investigation.

Items recovered from the suspects include one dummy beretta pistol and some assorted charms.