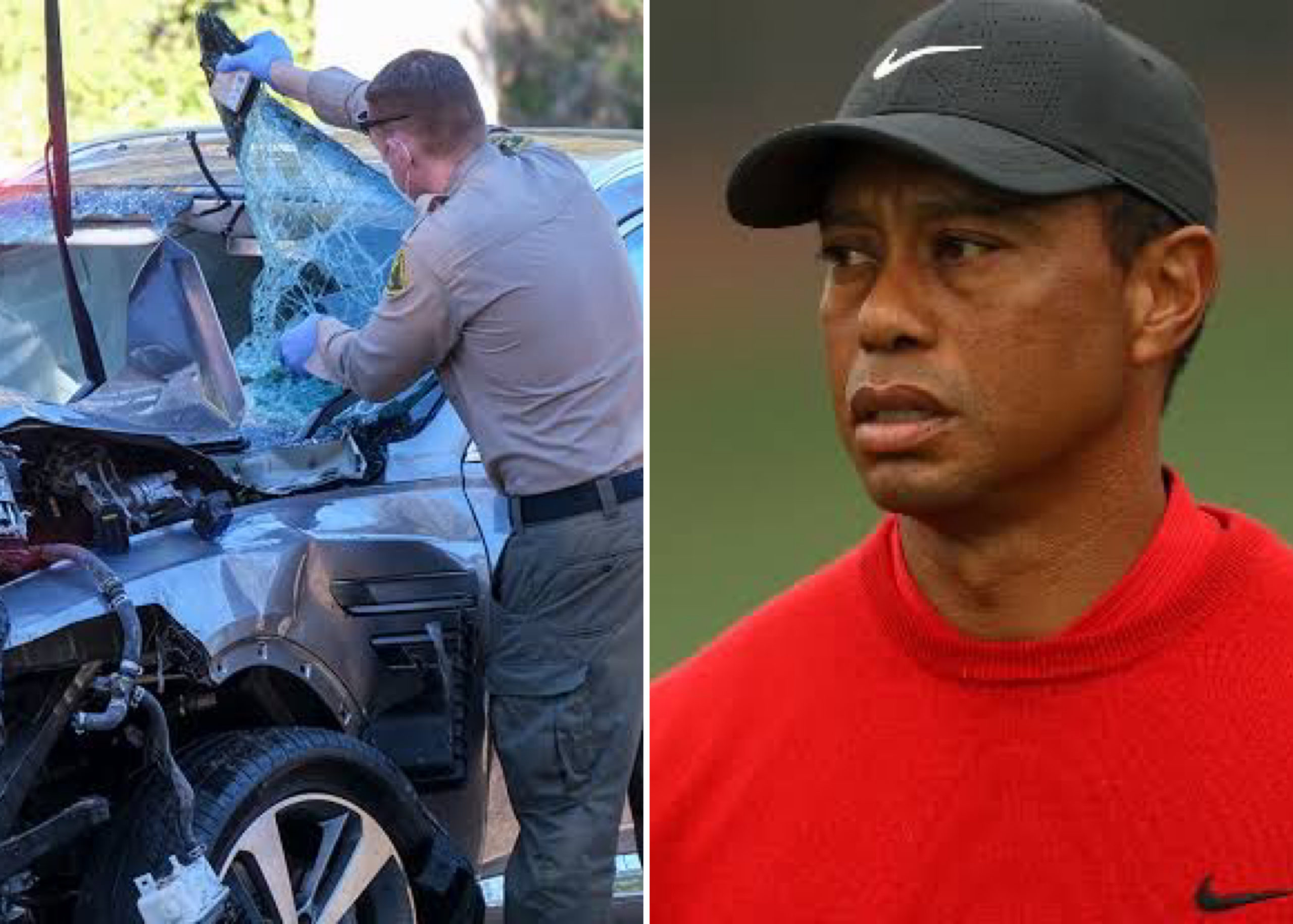 Crash report of golf legend, Tiger Woods has been released, revealing cause of tragic accident and extent of his injuries.

The 15-time major champion was involved in a single-car crash on February 23, in California, and was rushed to a hospital, where he underwent successful surgery over multiple leg injuries.

His gruesome wounds were detailed in an incident report filed by Los Angeles first responders, obtained by TMZ Sports.

The report also gives more detail about Woods’ leg injury, reading “open fracture, mid-shaft on his right leg, below knee,” according to the outlet.

Sheriff, Alex Villanueva blamed the February 23 crash solely on excessive speed and Woods’ loss of control behind the wheel.

In a news conference, he said;

The primary causal factor for this traffic collision was driving at a speed unsafe for the road conditions and the inability to negotiate the curve of the roadway.

Villanueva said Woods was traveling between 84 and 87 miles per hour when he lost control, crossing over a median and hitting the curb on the opposite of the road. The vehicle struck a tree at an estimated 75 m.p.h. and was sent airborne, eventually stopping in some brush.

Woods was not cited for driving too fast and no criminal charges will be filed, Villanueva said. He added that there were no signs of impairment or intoxication, and that Woods was wearing his seatbelt.

Read Also: Tiger Woods May Be Unable To Walk For Three Months Due To Leg Injuries Sustained In Car Crash

The car’s so-called ‘black box’ data recorder showed Woods engaged the accelerator and never applied the brake during the incident. That could indicate he may have mistakenly hit the wrong pedal while trying to control the car.

It’s believed that when you panic or you have some sort of sudden interruption while you’re driving, your initial thought is to hit the brake and it’s believed he may have done that but hit the accelerator.

Even though Woods was doing 87 mph in a 45 mph zone, the sheriff’s said Woods will not be charged with speeding, because police officers did not observe him breaking the law.

Woods had to be extracted from his S.U.V. after the crash on the morning of February 23 and taken to the hospital, where he underwent several surgeries on his right leg. Doctors not involved in Woods’s care have predicted an extremely difficult recovery from his injuries.

Read Also: ‘I Am So Grateful’ – Tiger Woods Says As He Returns Home From Hospital After Horror Car Crash

The 15-time major champion is currently at home in Florida recuperating from the crash, having been released from hospital last month, with the former world No 1 unable to feature at The Masters this week.

Cause Of Tiger Woods’ Crash Discovered, But Detectives Won’t…