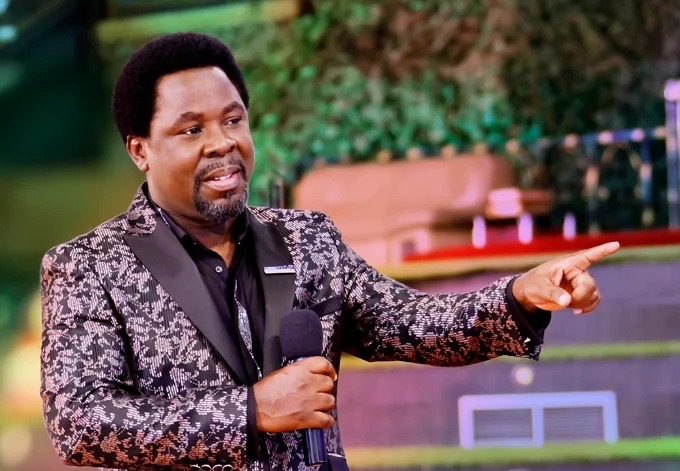 Emmanuel TV, a YouTube channel belonging to Pastor TB Joshua, the founder of Synagogue Church Of All Nations (SCOAN), has been suspended over allegations of propagating hate speech.

The clergyman took to his official Twitter page on Thursday to put out a statement where he confirmed the development.

Speaking in defense of the church’s messages and sermons, he wrote;

Our mission is to share the love of God with everyone – irrespective of race or religion – and we strongly oppose all forms of hate speech!

We have had a long and fruitful relationship with YouTube and believe the decision was made in haste.

EMMANUEL TV YOUTUBE SUSPENSION:
Our mission is to share the love of God with everyone – irrespective of race or religion – and we strongly oppose all forms of hate speech! We have had a long and fruitful relationship with YouTube and believe this decision was made in haste. pic.twitter.com/gRqaQguo4o

Emmanuel TV, which has over 1.8 million subscribers and 600 million views, is acclaimed as being among the largest in Nigeria and one of the most-watched Christian ministries ever on the video-sharing platform.

The suspension came after the church had published a video titled ‘The spirit of man is tormenting you’, TB Joshua’s personal prophecy about one Chetanna Nwabuwa, a Nigerian in Ghana who was allegedly possessed by a strange spirit.

In the video clip, the pastor prophecised that a man was possed by a strange spirit and requested that he should come out.

God hates sin, not sinners. When the Bible says, ‘Do not judge so that you will not be judged’, it means we should hate sin, not the sinner because sinners can change. If you have killed a sinner by judging him, there will be no opportunity for change.

Sinners can be delivered. We should hate the act, not the people because our battle is not against flesh and blood but against the ‘spirit beings’ that cause all these acts.

This is the video that led to Emmanuel TV’s suspension from @YouTube as it allegedly contained ‘Hate Speech’ https://t.co/rFDW1FA8js

Our mission is to share God’s LOVE with everyone, irrespective of race or religion, and we strongly oppose all forms of hate speech! @TeamYouTube

On his verified Facebook page, the pastor urged Nigerians to raise their concerns over his channel’s suspension on other social media platforms.

Sinach’s A Celebration Of Joy Concert To Stream Worldwide…