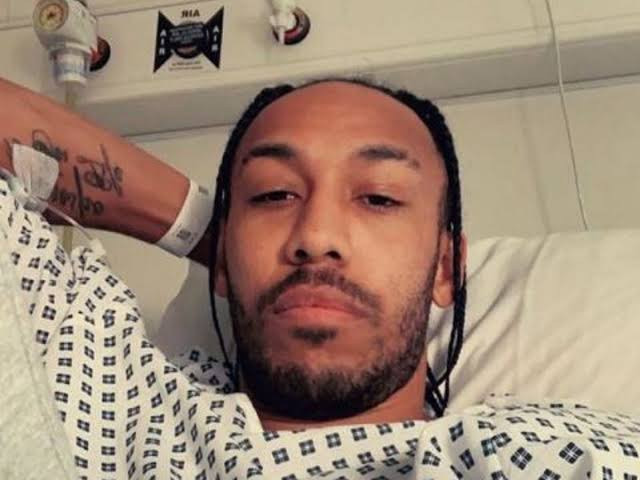 Pierre-Emerick Aubameyang has opened up about his battle with malaria, admitting the disease left him feeling the worst he has ever felt in his life.

The Arsenal captain was diagnosed having fallen unwell soon after returning to England last month following a spell away with Gabon during the international break.

Aubameyang actually played in games against Liverpool and Slavia Prague before his condition got so bad that he called Arsenal’s club doctor and said that he needed to go to hospital.

Speaking ahead of Arsenal’s Europa League semi-final second leg against Villarreal on Thursday night, Aubameyang described the events leading up to his diagnosis.

I was feeling a bit down. I thought that it was the travel. As you know, going to Gabon is not so close to here. I felt just a bit tired, especially against Liverpool, but I thought it was just because of the travel. I don’t know what the percentage of my form was at that moment. But definitely, yeah, I felt a bit tired.

After coming on as a late substitute in the 1-1 home draw against Slavia Prague last month, Aubameyang’s health began to take a turn for the worse.

I was feeling very, very bad. This was the worst moment of being sick in my life because it was really hard. I had three days in a row, fever, all day and all night, non-stop. Even the paracetamol and stuff had no effects on this.

After that, I spoke to the doctor and I said I needed to go to the hospital because I had travelled to Africa so maybe it was something like malaria.

I stayed in hospital for three days and I think I lost four kilos. It was a really bad moment and I think my family was a bit scared to see me like this.

After that, I had some good treatments and the staff did very well and the doctors as well in the hospital. I am lucky that we took it in the end at the right moment because sometimes with malaria, if you don’t treat it quickly, you can have some big problems.

Arsenal’s captain started his first game since returning from his illness on Sunday and scored in the 2-0 win against Newcastle.

He is expected to start again against Villarreal on Thursday and although he admits that physically he might not be back at his very best, he is still ready to make an impact.

In my mind I feel more than 100%. But physically maybe I’m not 100%. Hopefully my body will respond well. But I’m ready definitely. In my mind I’m ready.