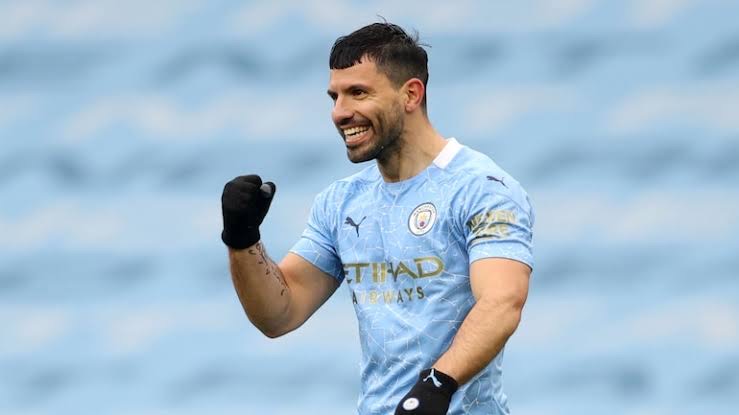 FC Barcelona have reached an agreement for Manchester City’s Sergio Aguero to join the club as from July 1.

The LaLiga giants made this known in a statement on their official website on Monday.

Aguero will remain at Camp Nou until the end of 2022/23 season and his buy-out clause is set at 100 million euros.

The Argentine international will join Barcelona from 1 July when his contract with Manchester City expires.

Barcelona made the announcement on Monday in a statement on its website, saying;

FC Barcelona and Sergio ‘Kun’ Agüero have reached an agreement for the player to join the Club from 1 July when his contract with Manchester City expires.

The player will sign a contract until the end of the 2022/23 season and his buy out clause is set at 100 million euros.

The statement added that his presentation will take place on Monday.

The 33-year-old played his last game for City, appearance number 390, in the recent Champions League final against Chelsea in Porto.

He spent 10 seasons with City and is the club’s all-time top scorer. He’s also the foreign player with the most goals in the Premier League.

He has played in LaLiga before during his time at Atlético Madrid before he left LaLiga champions in 2011 for the club.

The striker leaves the Etihad with his place in the pantheon of City greats confirmed having won 15 major trophies during his ten-year stay, including five Premier League titles.

He has scored 260 goals in 390 games for City – more than any other player in the club’s history.

In March it was confirmed a statue of the City striker has been commissioned to stand alongside those currently in work to honour David Silva and Vincent Kompany. His legend will further be marked by the installation of dedicated and permanent mosaic at the City Football Academy.