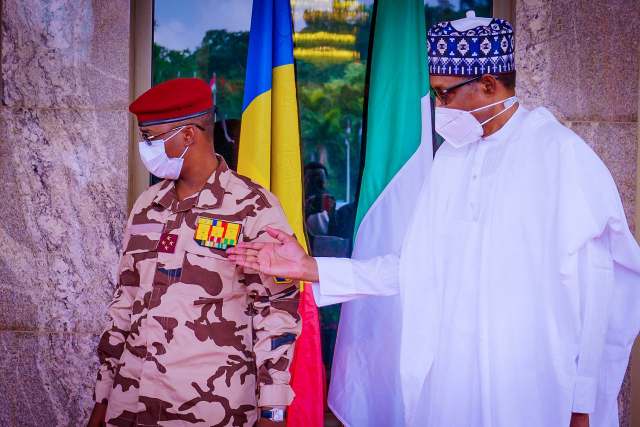 President Muhammadu Buhari has on Friday, May 14 played host to Mahamat Idriss Déby, president of Chad’s transitional military council, at the presidential villa in Abuja.

It would be recalled that Deby took over the mantle of leadership in Chad after his father, Marshal Idris Deby Itno died of wounds sustained in battle with rebels on April 19, this year.

News Agency of Nigeria (NAN) reports that Deby is on a one-day official visit to Nigeria and their meeting was aimed at formally introducing himself to Buhari, who is considered to be one of the most influential leaders in the West African sub-region and Africa at large. 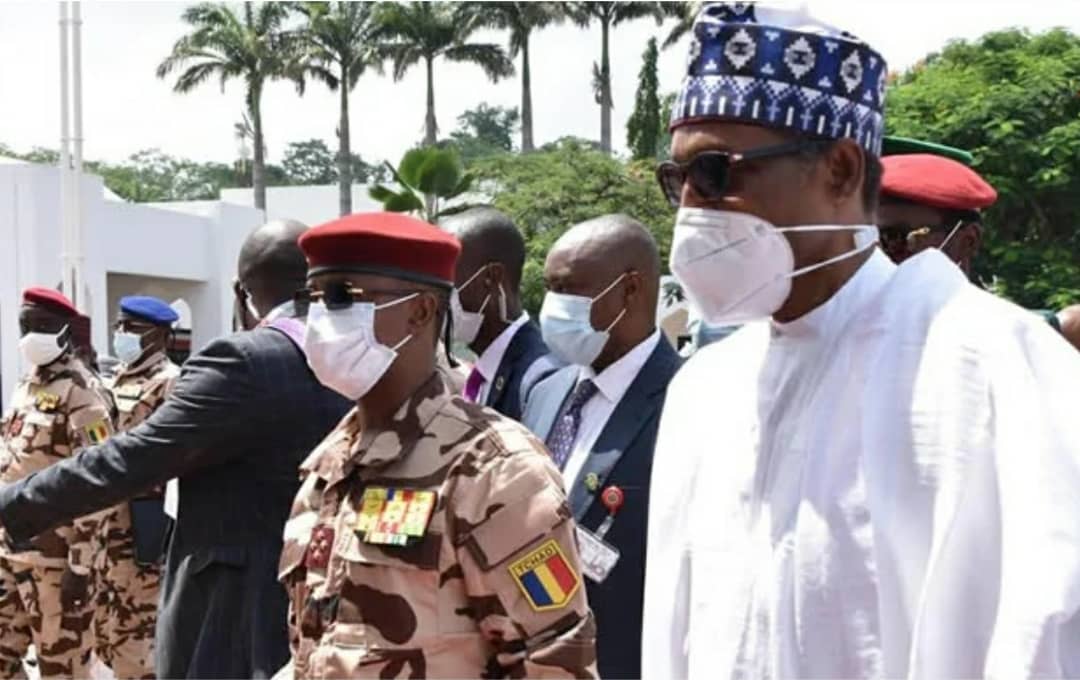 Although the agenda of the meeting between the two leaders, which began at about 11.18am was not made public, it may not be unconnected with the need for countries sharing boundaries in the Sahel region to find a permanent solution to the menace of terrorism and arms proliferation threatening the peace and security of the region.

Nigeria and Chad are sharing boundaries in the Sahel region and the latter just recently announced the reopening of its borders in April.

Photos, Video From Funeral Of Iniubong Umoren, Job Seeker Who Was Raped, Killed In Akwa Ibom