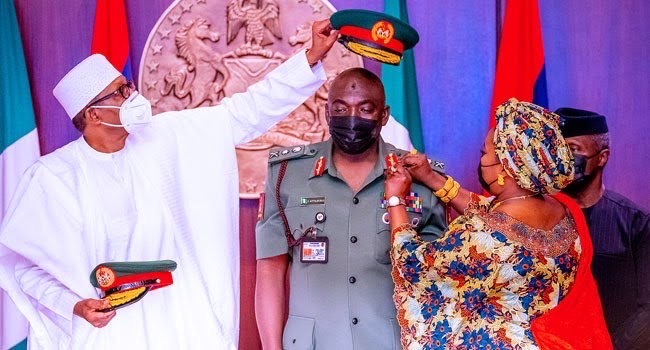 Lieutenant General Attahiru and his team were flying to Kaduna from Abuja for an event when their plane crashed.

According to Army spokesperson, Mohammed Yerima, the event will commence at National Mosque and National Christian Centre, Abuja at 10am.

The interment of the late COAS and six other senior officers will take place at National Military Cemetery, Abuja at 1pm.

The officers were on their way to Kaduna from Abuja, to attend the passing-out parade of army recruits scheduled for Saturday.

The burial proceedings of the Chief of Army Staff, Late Lieutenant General Ibrahim Attahiru and six other senior officers who lost their lives in an air mishap in Kaduna is slated for today Saturday, May 22, 2021.

It will commence at the National Mosque and National Christian Centre, Abuja by 1000hrs respectively.

Consequently, the internment for the late COAS and six other senior officers will take place at the National Military Cemetery, Abuja today by 1300hrs (2:00pm).