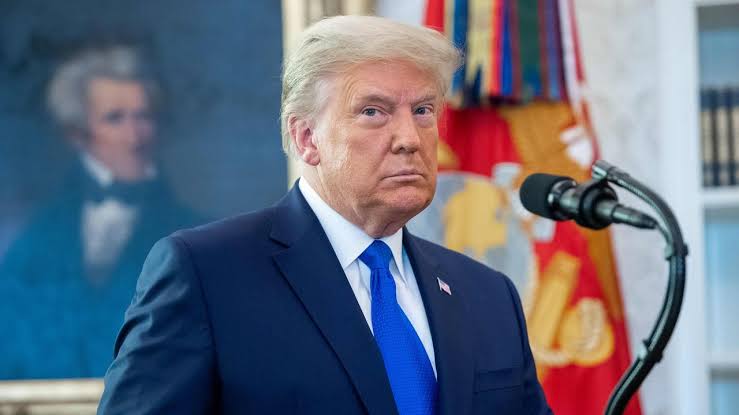 Facebook’s independent oversight board have on Wednesday upheld the platform’s ban on former US President, Donald Trump while ordering a further review of the case, in a decision with a potentially far-reaching impact on the regulation of online speech.

The board, whose decisions are binding on the leading social network, said Trump “created an environment where a serious risk of violence was possible” with his comments regarding January 6 rampage by his supporters at US Capitol.

The board after its review said;

Given the seriousness of the violations and the ongoing risk of violence, Facebook was justified in suspending Mr. Trump’s accounts on January 6 and extending that suspension on January.

However, the panel also ruled that “it was not appropriate for Facebook to impose the indeterminate and standardless penalty of indefinite suspension.”

In a written opinion, the review board said;

Within six months of this decision, Facebook must reexamine the arbitrary penalty it imposed on January 7 and decide the appropriate penalty. It is not permissible for Facebook to keep a user off the platform for an undefined period, with no criteria for when or whether the account will be restored.

The case had been intensely followed for its repercussions for social networks seeking to curb misinformation and abusive content while remaining open to political discourse.

Trump was suspended from Facebook and Instagram after he posted a video during the deadly January 6 storming of the Capitol in which he told his supporters: “We love you, you’re very special.”

Some analysts said Facebook and other social networks should have acted on Trump sooner, after years of giving him an exemption from rules on hateful content because of his “newsworthiness” as a political leader.

In its ruling, the oversight board — envisioned by Facebook founder, Mark Zuckerberg as the equivalent of a “supreme court” for thorny content decisions — made additional recommendations on dealing with potentially harmful content from world leaders.

The board said “that it is not always useful to draw a firm distinction between political leaders and other influential users, recognizing that other users with large audiences can also contribute to serious risks of harm,” according to its statement.

When posts by influential users pose a high probability of imminent harm, Facebook should act quickly to enforce its rules.

The board also “called on Facebook to address widespread confusion about how decisions relating to influential users are made” and said “considerations of newsworthiness should not take priority when urgent action is needed to prevent significant harm.”

Trump’s former chief of staff, Mark Meadows, responding to the decision, said it would have a chilling effect on free speech and that Facebook needed to be regulated or broken up.

“We need to have some standards, they are not able to police themselves.”

Angelo Carusone, president of the left-leaning watchdog group Media Matters for America, said the ruling was “appropriate,” arguing that the rationale for banning Trump was overwhelming and “never should have been up for debate.”

Missing Kenyan Man Returns Home 47 Years After He Was Sent…