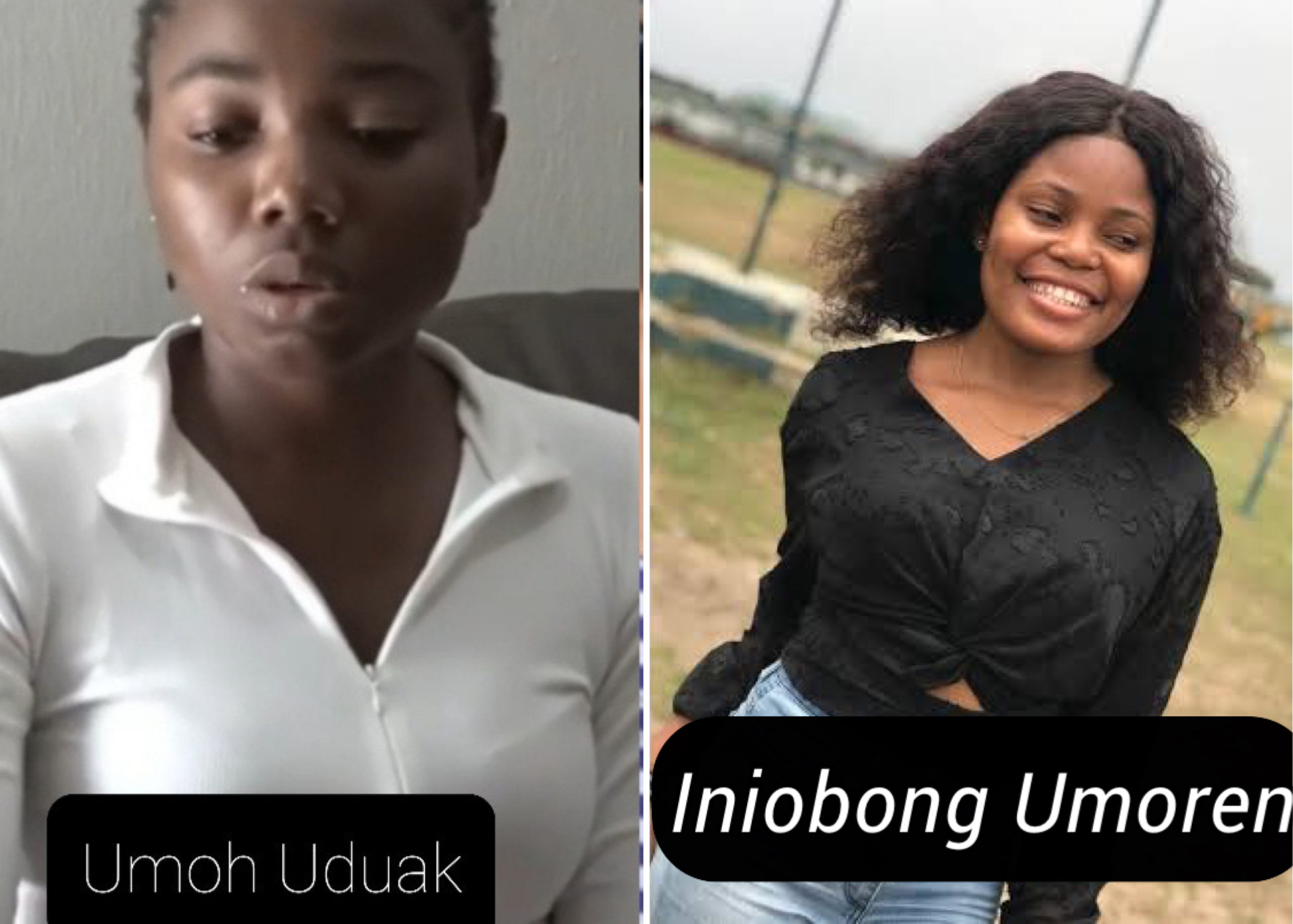 Umoh Uduak, the young lady who took to Twitter to raise alarm about her missing job-seeking friend in Akwa Ibom, Iniubong Umoren, has given an emotional account of her tragic murder.

Over the weekend, the Philosophy graduate was raped, murdered, and buried by a prospective employer after luring her with the guise of granting her a job interview.

Uduak, a close friend of Ini, also arrived in Lagos state from Uyo to find a job and was supposed to resume on Monday, 3rd May.

In an interview with TVCNews, Uduak revealed that Ini was an orphan who graduated from University of Uyo in 2019 and was waiting to go for NYSC.

She explained that while they were undergraduates, Ini worked as a teacher to see herself through school since her parents are no more, adding that she was sometimes late for lectures because she was busy with her own students.

Uduak stated that after graduation, NYSC was delayed due to the pandemic. While waiting to be called up, she said Ini decided to get a job.

She explained that Ini was working elsewhere but needed another job which then led her to make a tweet about being in need of a job, which unfortunately exposed her to a predator.

Uduak said Ini called her on Thursday to inform her about an interview she had to attend at Airport Road in Uyo but didn’t want to go because of the distance and transportation fare.

The young lady stated that she sent Ini N2,000 for the interview and warned her to inform those around her.

During her trip, Ini kept communicating and mentioned her discomfort with the distance. Ini then sent a voice note which wasn’t clear, so her friend called immediately assuming she didn’t have enough airtime.

Uduak said when she called back, she heard Ini screaming before the call ended. She tried calling back severally but no one answered.

The young lady then reached out to Ini’s sister who quickly went to the police station, but was told that case of a missing person cannot be reported until after 24hours.

Uduak alleged that Ini’s sister returned to the station the next day where she was asked to hire a van and fuel it before investigations began.

Uduak said she solicited for funds online since she couldn’t do much as she was in Lagos to find a job too and claimed she sent the money raised online to the sister to give to police.

She expressed that she then took the matter to social media, making a tweet calling for help from many Nigerians.

Y’all my friend @HinyHumoren is in trouble and she needs our help.
I’m currently in Lagos and I can’t help than to put this out there.
Earlier today she told me she was going for a job interview at airport road which is quite far from her house. pic.twitter.com/X1YBLUPO7d

According to her, Ini put up a work posting on Twitter and that a certain Ememobong deleted his comment from under Ini’s said post, where they had discussed a job.

Investigations carried out revealed that the details of the job opening were linked to one Uduak Frank Akpan.

Ini’s friend also revealed that a previous victim (Miriam) reached out to her, and narrated how she was also invited to an interview but met a different scenario upon her arrival.

Miriam was reportedly drugged and raped, after which photos of her were taken and used to blackmail her later.

Uduak said the alleged victim sent her the address where her incident occurred and was forwarded to the police, which then led to the arrest of Akpan’s father.

Later on, Akpan reported himself to the police and confessed to repeatedly raping Ini and leaving her with his cousin.

It was the following morning that police confirmed that Ini had been killed and her body buried.

Watch Uduak the recount the tragic incident below;