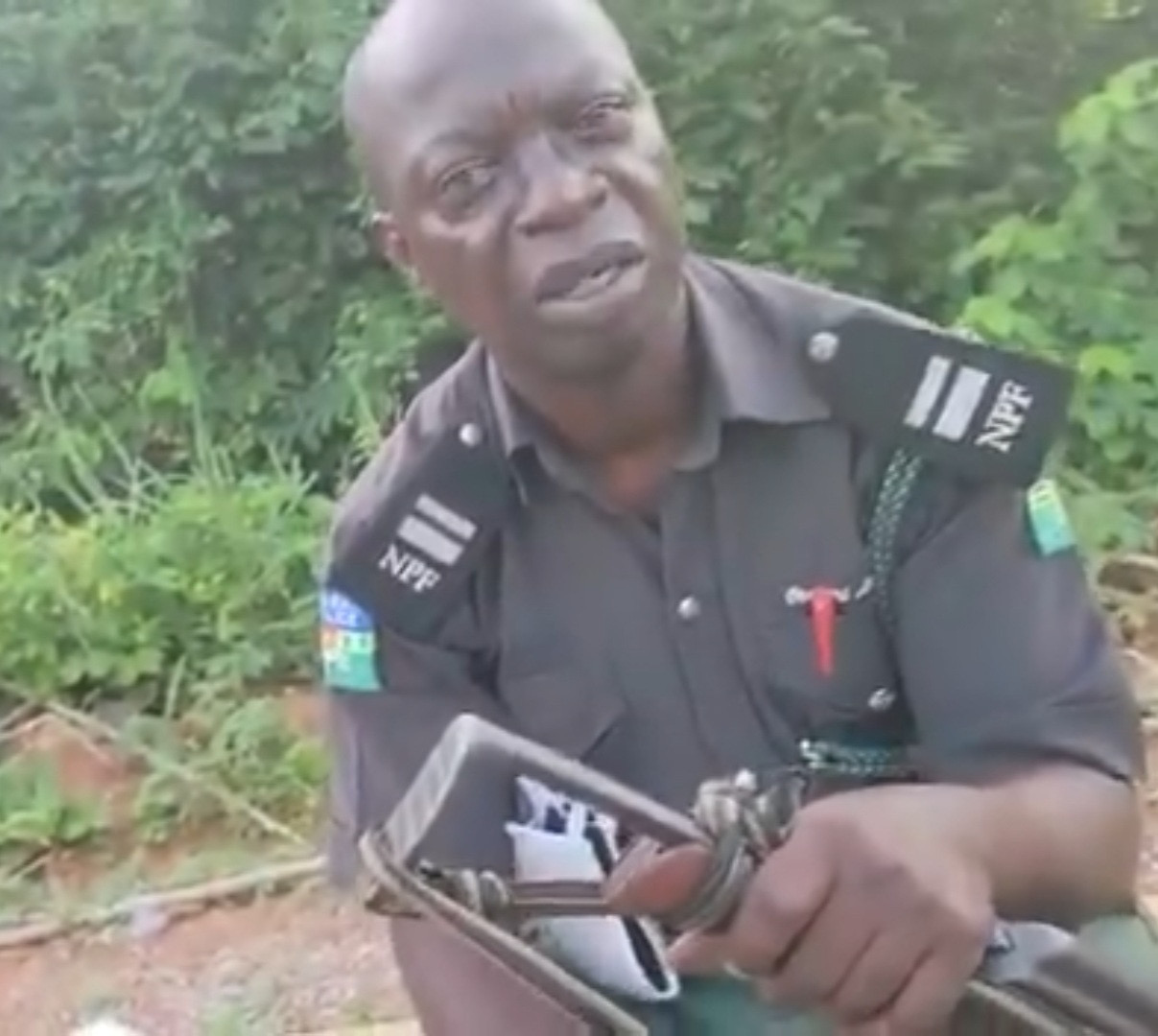 Video of a police officer seeking a bribe from a man driving without a tint permit for his car has gone viral on social media.

The viral video shows the policeman telling the man to bring cash as he doesn’t take a transfer.

When the erring driver consistently pleaded with him, the officer responded by saying if he had been permitting every motorists to drive by due to their pleas, how would he feed.

The first is on the grounds of security reasons and the second is medical reasons. On security grounds, some offices or agencies are allowed to drive around in tinted glass vehicles. So, if you need to get a tinted glass permit, you have to tender either of these two reasons beyond reasonable doubts.

Also, note that  only Inspector General of Police has the authority to issue Nigerian police tinted glass permit.

Watch the video of the policeman below;