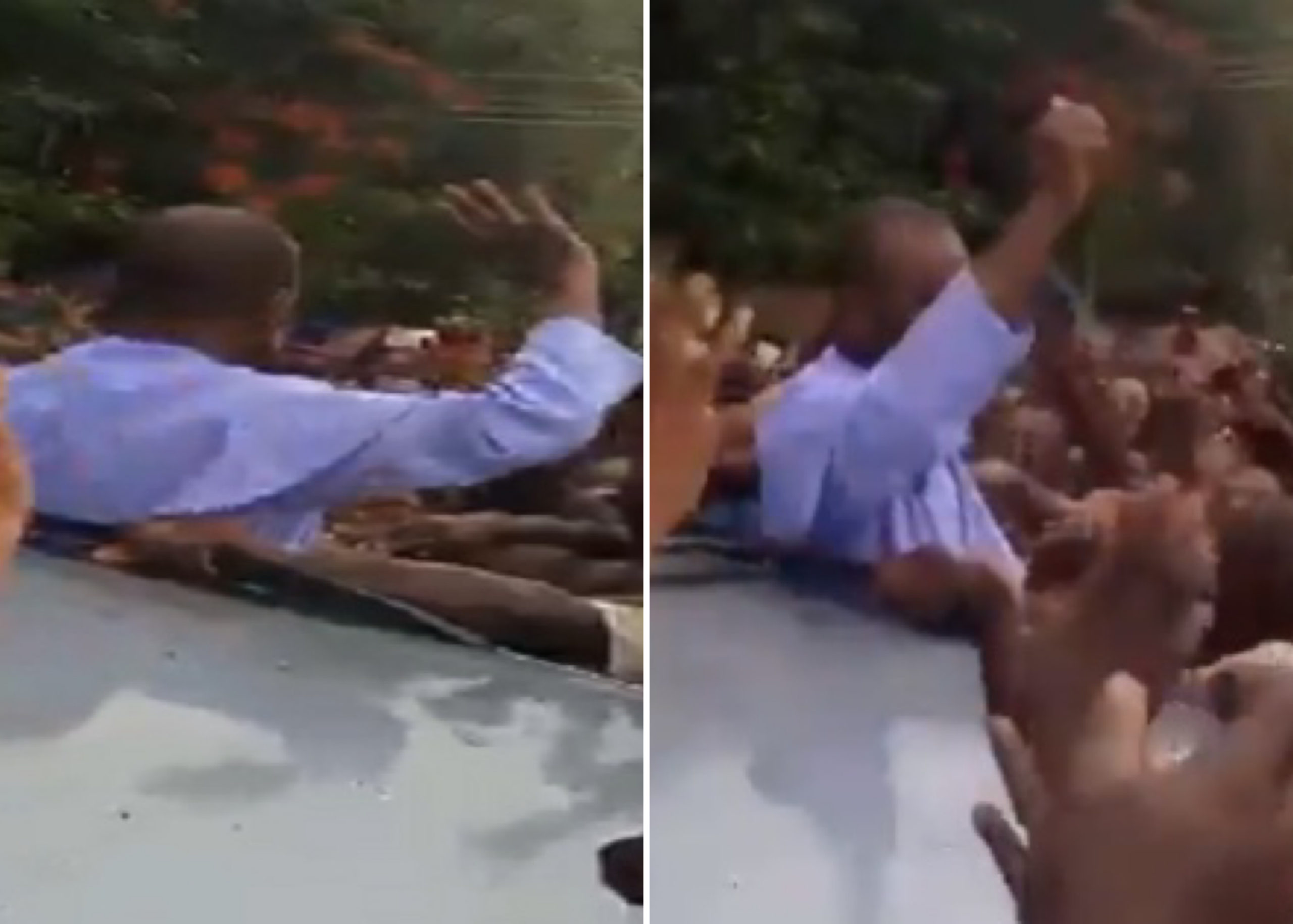 Recall that supporters of the Priest stormed the coal city protested his whereabouts in Enugu State earlier today.

His whereabouts caused confusion in the State after Ohanaeze Ndigbo Youth Council Worldwide (OYC) raised the alarm that the priest was missing.

Following this, there were speculations that the priest was arrested over his recent call for impeachment or resignation of President Muhammadu Buhari amid the growing rate of insecurity in the country.

However, Mbaka was on Wednesday afternoon seen in an open roof car, waving to protesters who surrounded him alongside operatives of Nigeria Police Force.

His supporters were seen shouting ‘Father Mbaka, Oh! you are home!.”

The reverend father later came out of the vehicle and his supporters were seen jubilating while welcoming the priest.

Watch videos of him jubilations with his followers below;

He has been found, I saw him myself.
Welcome Ejike Mbaka. They cant harm you. pic.twitter.com/k26PvCLmIT

Rev Father Ejike Mbaka resurfaced and will address his people and press at Adoration Ground.

His earlier missing was linked to DSS & what could be considered as conspiracy to shut his mouth. pic.twitter.com/Z3YdoCnRur https://t.co/bQRWtuqRZx

Video: Fr mbaka is back.