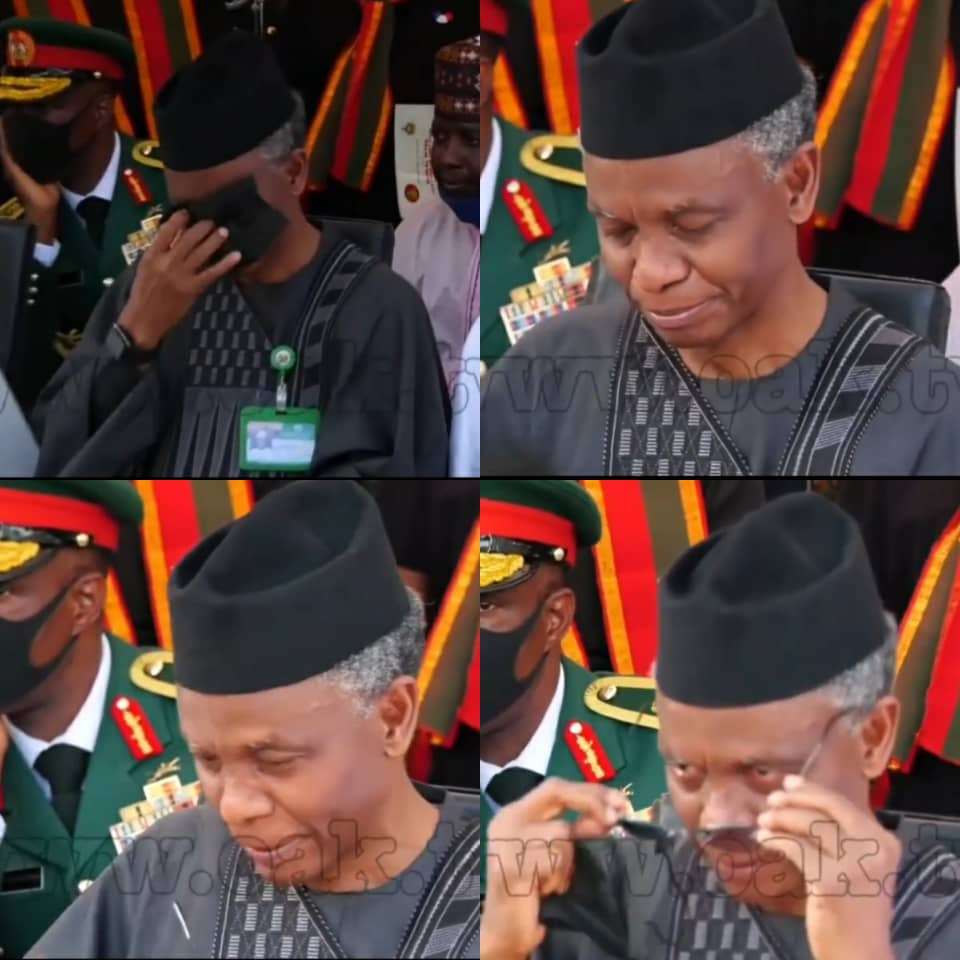 Kaduna state governor, Nasir El-Rufai, was captured on video crying at the funeral of Chief of Staff, Ibrahim Attahiru, and 10 other military officers who died in the air crash that occurred last Friday, May 21.

MDB reported that Attahiru and 10 others died in a plane crash on Friday in Kaduna state while on official assignment to Zaria in Kaduna State.

They were travelling to Depot Nigerian Army, Zaria for the passing out parade of regular recruits slated for Saturday.

The victim were then buried at National Military Cemetery in Abuja on Saturday afternoon in accordance to Islamic rites.

During the ceremony, family members, friends, colleagues and sympathisers wept uncontrollably as their remains were lowered into the graves.

In attendance were the Chief of Defence Staff, Lucky Irabor, a general; Chief of Air Staff, Isiaka Amao; and Chief of Naval Staff, Gambo Awwal, all of whom were appointed on January 26 including Attahiru by Buhari.

Among government officials present were the Secretary to the Government of the Federation, Boss Mustapha; Chief of Staff to the President, Ibrahim Gambari; Minister of Information and Culture, Lai Mohammed and Minister of Communications and Digital Strategy, Isa Pantami.

Others were the Sultan of Sokoto, Sa’ad Abubakar; Senate President, Ahmed Lawan, governors of Borno, Kaduna, Yobe and Kebbi.

Although, Buhari and Osinbajo were no where to be seen at the ceremony, leaving a lot of Nigerians surprised and confused as to why both leaders were absent at such an important event.

During the ceremony, El Rufai was seeing crying and wiping his tears and runny nose with his black face masks.

21 Athletes Die During Ultramarathon In China Due To Harsh Weather