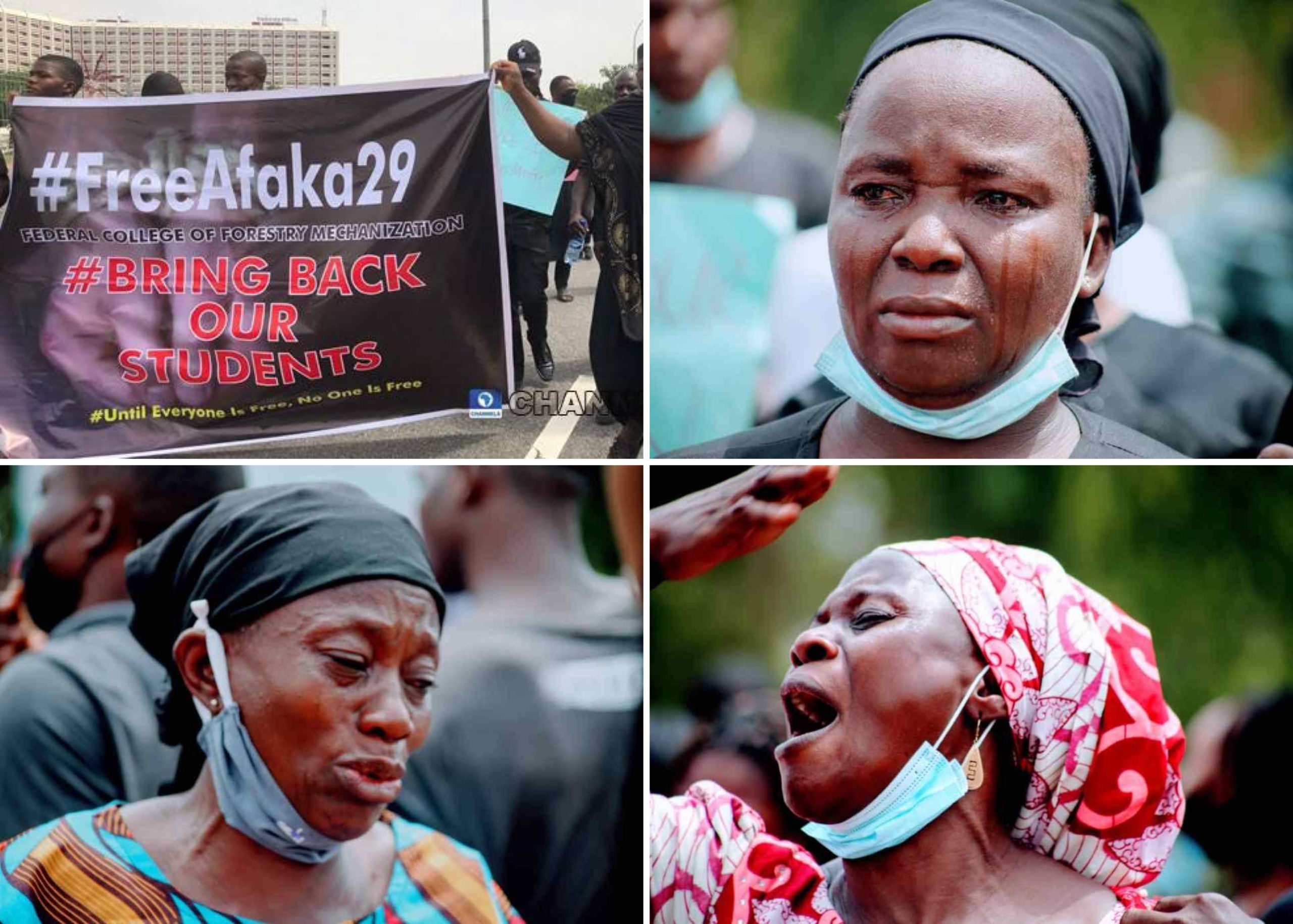 The protesting parents were joined by members of Students Union Government (SUG) of the institution as well as civil society organisations. 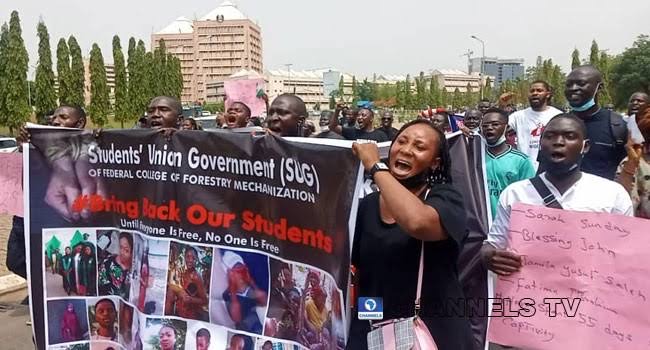 They lamented negligence of State and Federal Government in securing release of their children.

The protesters blocked the entrance to Federal Secretariat axis of the complex as they were not allowed entry through the one kilometer drive way leading to the main gate of the National Assembly.

They carried placard and chanted songs of solidarity for the immediate rescue of the students.

On March 11, 39 students were kidnapped from their hostels by bandits dressed in military uniforms. Ten of the students have been released with 29 still with their abductors.

Some of the mothers could not hold back their tears on Tuesday as they occupied the National Assembly complex, Abuja, in protest.

Angelina Babale, one of the mothers spoke with Channels Television in Pidgin English. In an emotion-laden voice, she said she has been enveloped in grieve since the abduction of her daughter.

She called on the Federal Government to intervene and lamented that Nigerian troops do peace-keeping in other countries and now they are needed to keep peace in their home country.

Another mother of the abducted students, Rabi Magaji Zakariah, who is a widow, wept profusely during the protest.

“I feel it. I carried him in my tummy for nine months. I trained him for 27 months,” she said amid tears.

Zakariah lamented further that her son should have graduated last year but for the coronavirus pandemic and now her son is nowhere to be found.

“I no fit sleep, I look back I look front, I no see my boy,” she said as sympathisers held her.

See some photos from the protest below; 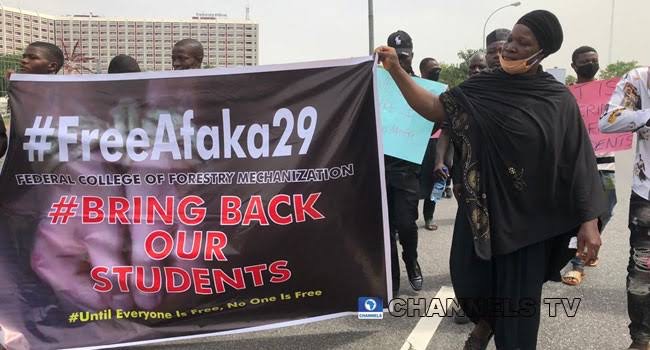 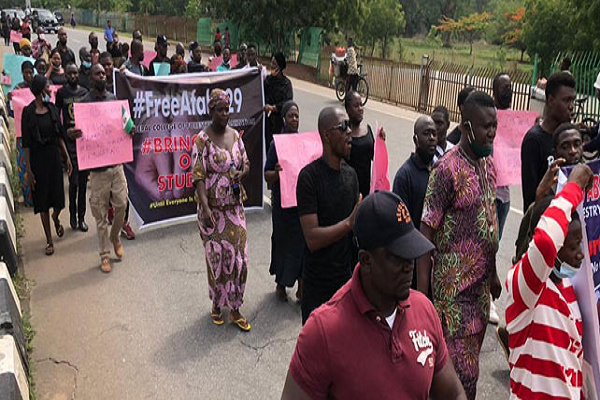