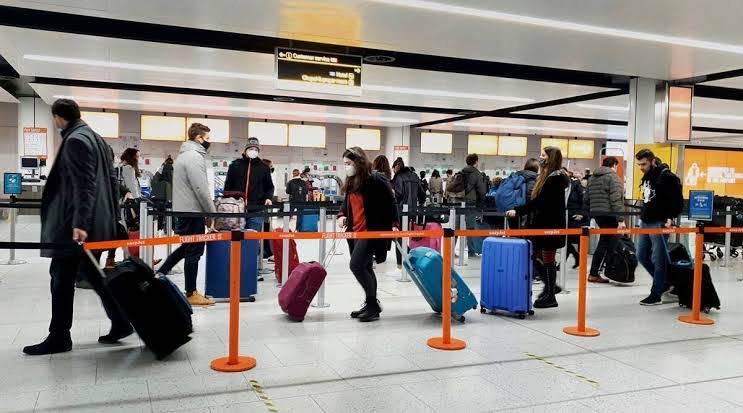 As part of measures to prevent infection and possible spread of deadly new COVID-19 variants, Lagos State Government has placed 14 countries on its COVID-19 watchlist.

The state commissioner for health, Akin Abayomi made the announcement on Wednesday May 12.

Abayomi who explained that travellers coming from other countries into Lagos have been classified into three groups — the red countries, the amber countries, and the green countries.

Hw added that the state government is outlining measures that will guide the management of inbound passengers of interest (POIs) from other countries.

The red countries are India, Brazil and Turkey where new variants of COVID-19 are causing an increase in infection rate.

The green countries are countries where there are no records of variants from red countries and no clear increase in the number of daily confirmed cases.

The commissioner expressed that Nigerians returning from lesser hajj would have to undergo a compulsory seven-day self-isolation.

The state will not hesitate to prosecute anyone, irrespective of status, who fails to comply with the directive. The state has, however, developed a five-pillar strategy for curbing a potential third wave in Lagos.

Our protocol for management of inbound passengers from the Red Countries will include: a mandatory PCR test 72 hours before departure, PCR test post arrival and a 14-day isolation in a government approved facility paid for by the passenger.

Passengers of interests from the Amber Countries are also required to do PCR test 72 hours before departure, PCR test post arrival and a mandatory seven days isolation at home which will be monitored by our logistics, surveillance and EkoTELEMED teams.

As at Thursday morning, May 13, out of 165,515 total COVID-19 cases in Nigeria, Lagos accounts for 58,615 infections, making it the epicentre of the virus in the counter.

Also, for death rates, Lagos recorded 439 out of 2,069 total fatalities in the country.