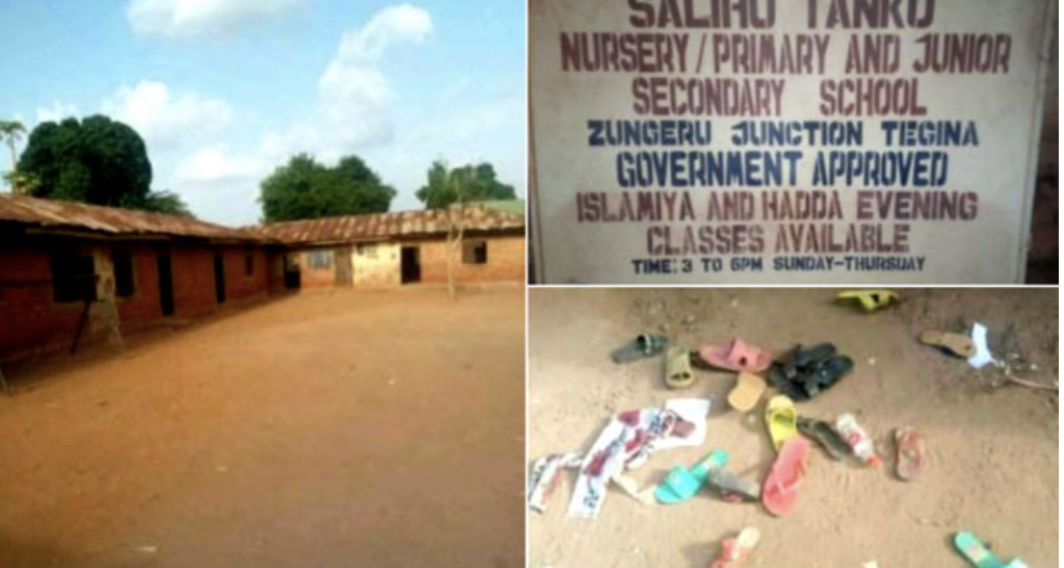 Eleven students who were part of the scores kidnapped from an Islamiyya school located at Tegina in Rafi Local Government Area of Niger State on Sunday, have been released.

Mary Noel-Berje, Chief Press Secretary to the state governor, made this known, noting that the released children were deemed too small and could not engage in the long walk enforced on the abducted students by the kidnappers.

It would be recalled that gunmen invaded Tegina community in Rafi Local Government Area, shot one person dead, and left one seriously injured as well as kidnapped an unconfirmed number of Islamiyya Students and Teachers from Salihu Tanko Islamic School alongside some passengers of a Sharon Bus traveling to Minna.

The state’s chief scribe stated that Governor Abubakar Sani Bello expressed shock and is saddened by the recent reports of abduction of innocent people by armed bandits in several communities across three Local Government Areas of Rafi, Wushishi, and Bida.

Speaking further regarding the ugly event, Governor Bello said it is outrageous that banditry in the state is escalating.

He reiterated his emergency call on the Federal Government for prompt intervention, saying;

The situation has reached crisis level, in fact, it’s a war situation that we have to confront without further delay.

The governor stated that the state government is still searching and conducting a house-to-house headcount to ascertain the exact number of children abducted at Tegina.

Niger State has had a bad run in recent times, with bandits constantly threatening the peace of the state.

In February 2021, 27 students, 3 staff and 12 members of their family from Kagara Science College, Kagara in the same Rafi local government area, were kidnapped.

Only yesterday, there were reports that gunmen, on about 70 motorcycles, attacked 17 communities in Wushishi Local Government Area where they shot several people.

In a bid to escape the bullets of the marauders, some women and children drowned as they tried to get across River Kaduna.

Sources say more than ten people are still receiving treatment at the Wushishi General Hospital even as searches are still ongoing to ascertain how many persons are missing from Babako, Tashan Girgi, Kwakwagi, Fakara, Ndiga, Buzu, Akare, Kala Kala, Agwa, Anguwan Gizo, Tsamiya and other neighbouring villages which were attacked by the bandits.

The governor described the current situation as unfortunate and unbecoming and assured that Joint Military Taskforce has been mobilized and are already tracing the tracks of the criminals for possible isolation and ambush.

Governor Bello appealed for calm and restated the “strong resolve” of the state government to continue to protect the lives and property of the citizens as a matter of utmost importance and priority.

Police Gun Down Ahmed Gulak’s Killers In Shoot Out, Recover Ammunition And Vehicles

‘To Secure Schools, Engage Bandits, They Are Victims Too’…