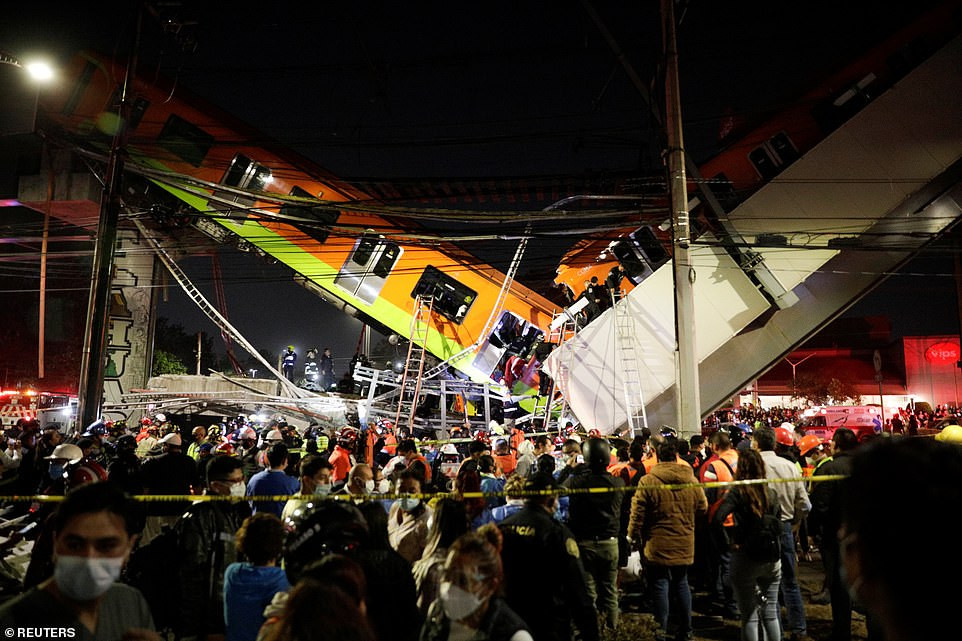 At least 20 people were killed and over 70 injured when a metro overpass in Mexico City collapsed, sending a subway car plunging toward a busy road late Monday night, authorities said.

Mexico City Metro is one of the largest and busiest in the world as at least four million people use every day. It has had at least two serious accidents since its inauguration half a century ago. 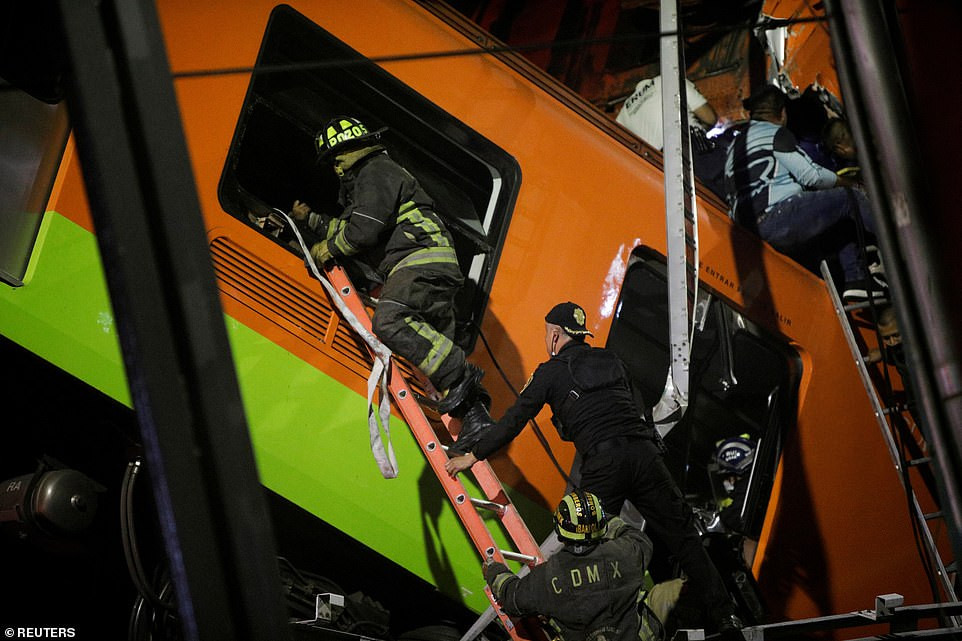 Photos and video from the scene showed train cars hanging from the crumbled overpass and rescue personnel searching and transporting people away from the scene on stretchers. 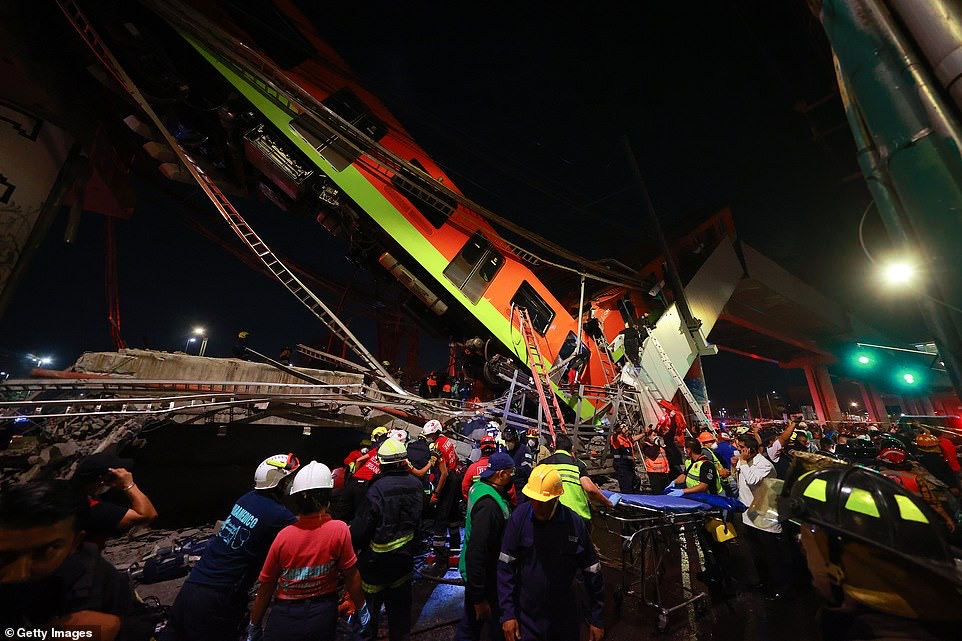 Dozens of rescuers have continued searching through wreckage from the collapsed, preformed concrete structure. 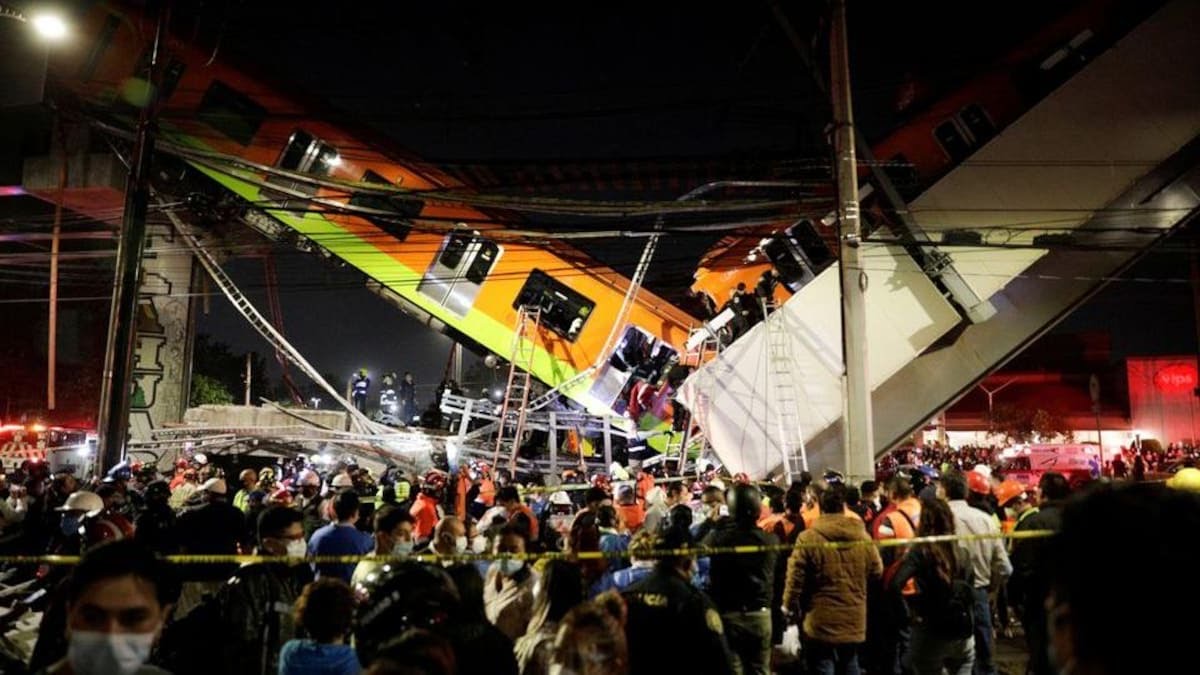 The collapse occurred on the newest of the Mexico City subway’s lines, Line 12, which has been plagued by complaints and accusations of irregularities. The line was partly closed in 2013 so tracks could be repaired.

According to Mexico City Mayor, Claudia Sheinbaum, a broken beam caused the accident which occured at about 10.30pm Monday, May 3, on metro’s Line 12 on the southeast side of the city. 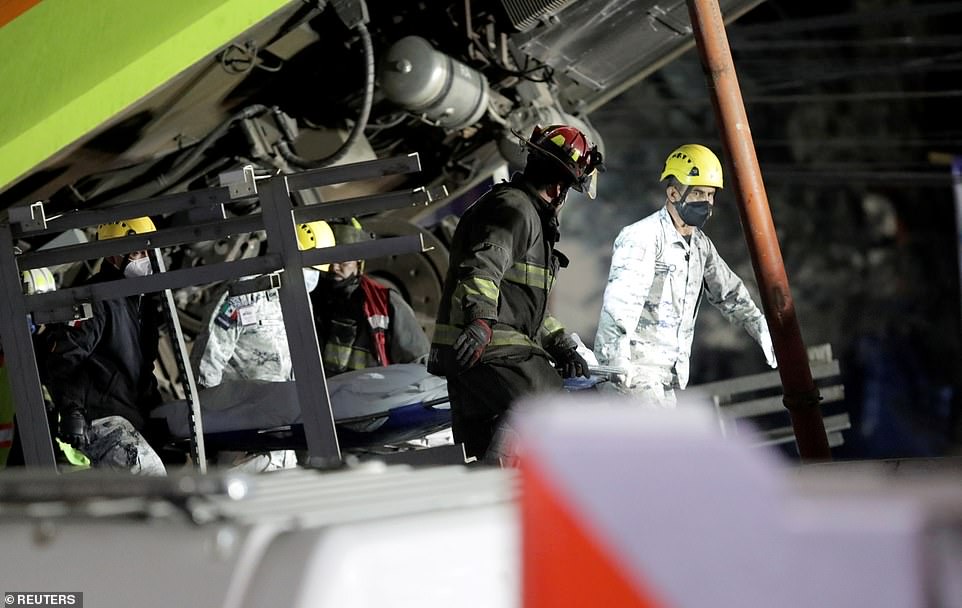 According to the city’s Comprehensive Risk Management and Civil Protection Agency, the accident left 19 dead with more still being counted.

Sheinbaum confirmed that a broken beam caused the accident on Line 12 and that people were trapped in one of the cars. ‘We don’t know if they’re alive,’ she said. 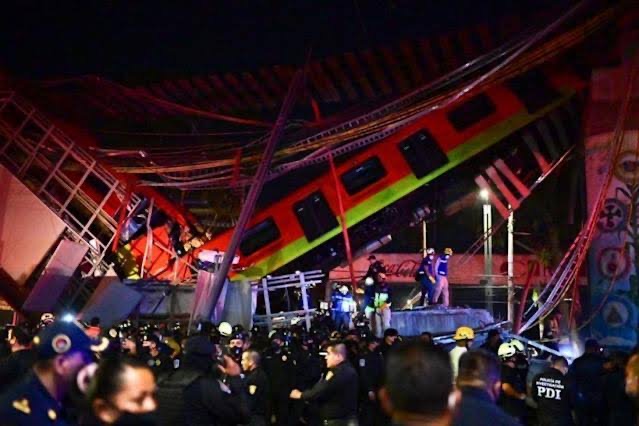 As at press time, first responders are still searching through the wreckage for survivors.

Watch a video from the incident below.

48 Dead, Many Injured As Taiwan Train Derails In Tunnel…