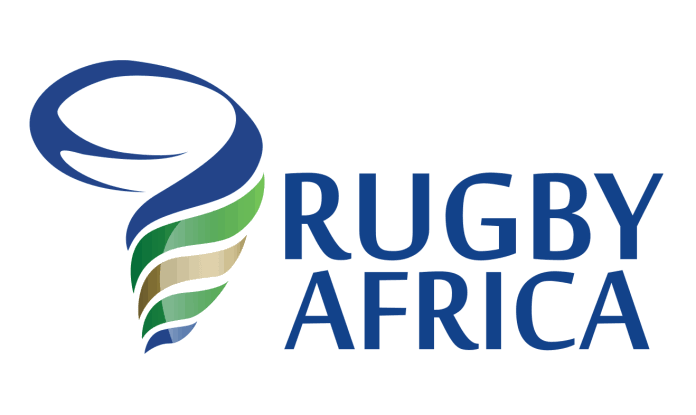 Continental rugby ruling body, Rugby Africa has suspended Nigeria from all its activities following the dissolution of the board of Nigeria Rugby Football Federation (NRFF) by Ministry of Youth and Sports Development on April 30.

In a statement signed by Rugby Africa President, Khaled Babbou, Nigeria will not be part of all rugby activities in Africa and the world for now.

The Sports Ministry constituted three-man caretaker committees to steer the federations until fresh elections are held in June.

However, the move has been pilloried in many quarters and Africa’s ruling body has reacted swiftly by banning the country until NRFF board is restored.

Babbou in a letter dated 3 May 2021 and addressed to Sports Minister, Sunday Dare noted;

We have learned of the dissolution of the boards of 31 Sports Federations in Nigeria including the [Nigeria] Rugby Federation to be replaced by handpicked caretaker committees.

We would humbly remind the Honourable Minister that the constitution of the NRFF which was ratified at their Extraordinary General Meeting held in Lagos on the 3rd of March 2018, was also formally approved by Rugby Afrique and by World Rugby at the time.

This constitution, ratified at the National, Regional and Global level, as well as the Nigerian Olympic Committee represented by its Secretary-General specifically, stipulates the time and modalities for the elections for a new board of the NRFF which must be held by a duly constituted AGM.

The dissolution of the duly elected board of NRFF is against the stipulations of the approved Constitution and is highly disruptive for the unions’ operations. Consequently, we have no choice but to impose an immediate suspension of Nigeria’s participation in all Rugby Arique and World Rugby activities until further notice. We do appeal in all sincerity that the Ministry allows the Federation to follow its approved Constitution. 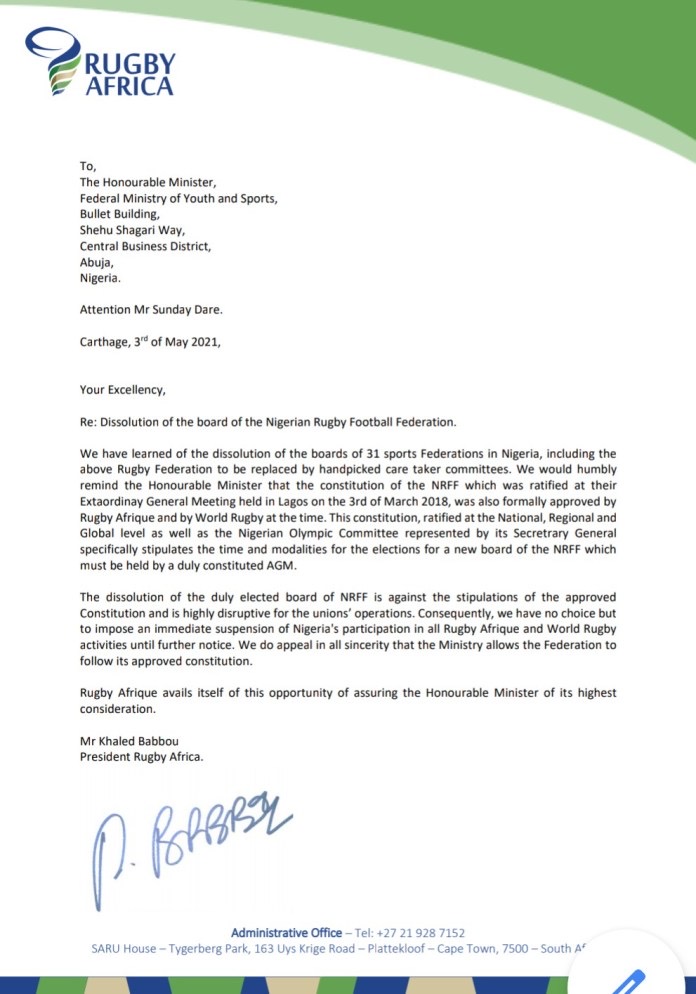 Meanwhile, team manager of NRFF, Dele Coker confirmed that Nigeria has been suspended by Rugby Africa and also appeared to signal his resignation from his position in a series of tweets posted on his official Twitter handle.

As you may be aware, the Honourable Minister of Youth and Sports Development has dissolved most national sports federations, including @NigeriaRugby1. As an immediate result, @RugbyAfrique has responded that this move did not follow the approved process as stipulated in the #NRFF.

As you may be aware, the Honourable Minister of Youth and Sports Development has dissolved most national sports federations, including @NigeriaRugby1. As an immediate result, @RugbyAfrique has responded that this move did not follow the approved process as stipulated in the #NRFF

’s constitution. Consequently, #NRFF has been suspended from all #AfricaRugby tournaments and events with immediate effect. I am sad to report Nigeria will, therefore, no longer be allowed to participate in the @RugbyWorldCup repêchage tournament in Burkina Faso next month. As it

stands, this will likely be my last Tweet as Teams Manager. Working with everybody in the rugby family in Nigeria and diaspora has been the greatest honour of my life. I thank the President of @nigeriarugby1 for giving me this opportunity. Dele Coker, signing off.

Google, Ministry Of Youth And Sports Development Partner To…