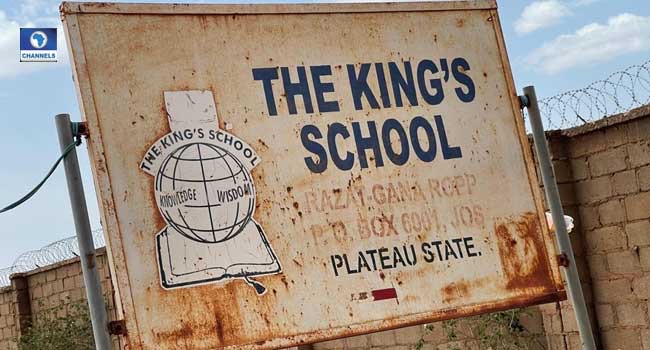 In the early hours of April 29, gunmen kidnapped the students in Capro, which is few kilometres away from the Yakubu Gowon airport and about 60 kilometres from Jos, the state capital.

Though, three of the students escaped, one remained in captivity.

However, in a statement issued on Sunday, the spokesman of Operation Safe Haven, Major Ibrahim Shittu, said troops rescued the remaining student in captivity on Saturday.

He revealed that the rescue operation was achieved through the sustained search and rescue efforts of the troops, adding that no ransom was paid to secure the student’s release.

According to the military spokesman, the rescued student is in good health condition and has since been reunited with other students in the college.

Plateau abduction comes as the country continues to battle several security challenges, including but not limited to an insurgency in the North-East, banditry in the North-West, secessionist agitations in the South-East and Fulani-Herdsmen crises across the Middle-Belt and several South-West states.

Bandits have, in recent times, targeted schools for mass abductions.

Several students of Greenfield University in Kaduna are still in captivity after they were abducted on April 20 with five victims killed by their abductors.

Bandits who abducted 39 students from the Federal College of Forestry Mechanization, Afaka, in the Igabi local government area of Kaduna state recently released a video of the students, including a pregnant female student, calling for help.

In his reaction, President Muhammadu Buhari on Tuesday sought the assistance of the United States in fighting insecurity across the country.

Also, House of Representatives on Wednesday called on the President to declare state of emergency, then the reps inaugurated a 40-man committee to find a solution to the country’s security challenges.

The Committee is set to hold a four-day security summit in May.