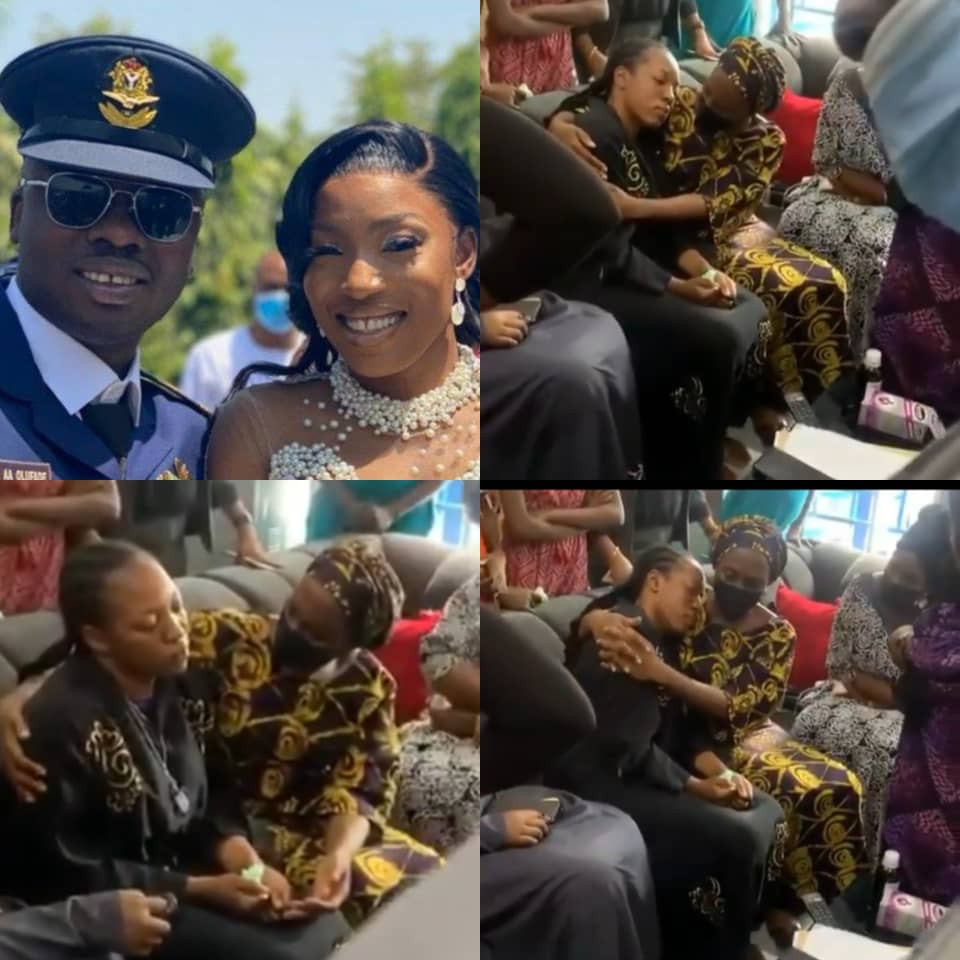 Dolapo Osinbajo, wife of Vice President, Yemi Osinbajo, on Sunday, May 23, paid a condolence visit to the widow of Flt Lt. Alfred Olufade who lost his life in the ill-fated military aircraft that crashed in Kaduna last Friday, May 21.

On May 21st, Nigeria experienced a great loss after Beachcraft 350 aircraft crashed at Kaduna International Airport on Friday evening.

Olufade and newly appointed Chief of Army Staff, Lt. Gen. Ibrahim Attahiru, as well as nine other military personnel were onboard the jet when it crashed around 6pm on Friday, killing all onboard.

Late Olufade and his wife got married two months before the tragic incident.

Paying condolence the family of the deceased persons, Mrs. Osinbajo gave the devastated wife a warm embrace as she encouraged her to be strong in these very trying times.

Watch a clip from the visit below;

NCC Board Pays Condolence Visit To Family Of Ex-Board Chair…