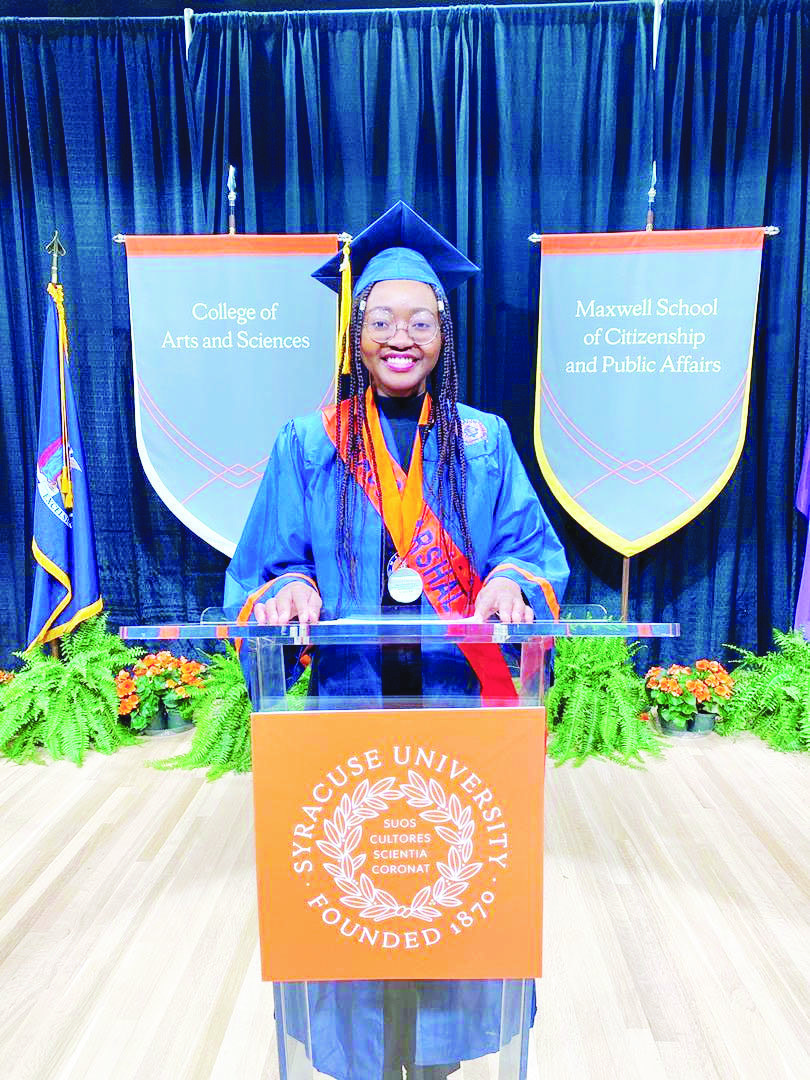 With other academic laurels she bagged, Danagogo graduated with distinctions in Biology Major and Minor in English and Textual Studies.

She was also awarded the prestigious 1870 scholarship by the university for another four-year Medical Studies.

In reaction, Dean of the School of Arts and Science in the university, Prof. Karin Ruhlandt, said among Danagogo’s academic accomplishments are Deans List Honors, Distinction in Biology and the highest recognised 1870 Syracuse University scholarship offered by Office of Admission of the university.

Congratulations to Alaba Anna Tam Danagogo and Paige Koss on being named Senior Class Marshals for the Class of 2021!

In addition to her academics, Alaba has volunteered at hospitals in Syracuse. She was also a student tutor and Event Coordinator for the Food Recovery Network and international student mentor at the Connection Programme in the Centre of International Services and serves as Vice-President of the Aikido Sports Club in Syracuse.

In his remarks, posted on the university’s website, U.S President Joe Biden, who is also a 1968 Law graduate of Syracuse University, charged the university’s 2021 graduating class to remain resilient and focused to positively change the path of their world.

The journey was tough but I made the promise to myself to do my best and make my time at Syracuse University special for me.

I hope to gain the necessary scientific skills to care for those in need and also bring my thoughts to bear through literature and creative writing.

Addressing fellow students, she stated that flexibility and resilience were the keys to her academic success.