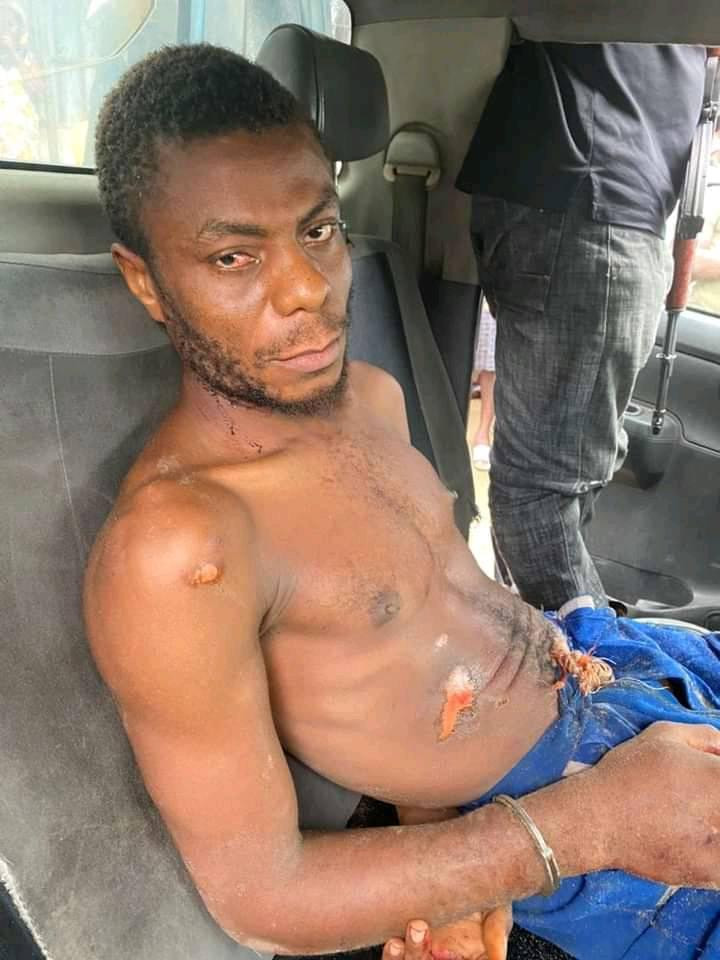 It was gathered that the incident happened in the early hours of Wednesday, June 23, along Inyang Street in Calabar South Local Government Area.

According to reports, the suspect killed the woman identified as Uduak Effiong, buried her body in a shallow grave in front of the compound, then took the head into his inner room where he had two graves and a pit, then dumped it inside.

It was gathered that Eyo, also known as Etteobong lives in a two-room apartment while Uduak and her two children lived in a separate apartment within the same compound.

According to an eyewitness, Grace Edem said it was a worshipper in a nearby church having an all-night prayer session who noticed when Christian was burying a headless body.

Upon the arrival of the police team, Christian, the suspect, allegedly confronted them and macheted one personnel before he was overpowered and taken away.

The scene was besieged by neighbours and passersby who decried his persistent mystical and ritual activities.

The fresh head of the woman was recovered from the pit inside the darkroom close to some mystical items such as candles, flowers, oils and other fetish items.

While confessing before newsmen, Christian said he killed his aunt because she tried to seduce him, adding that the deep hole in his room is where his powers come from. 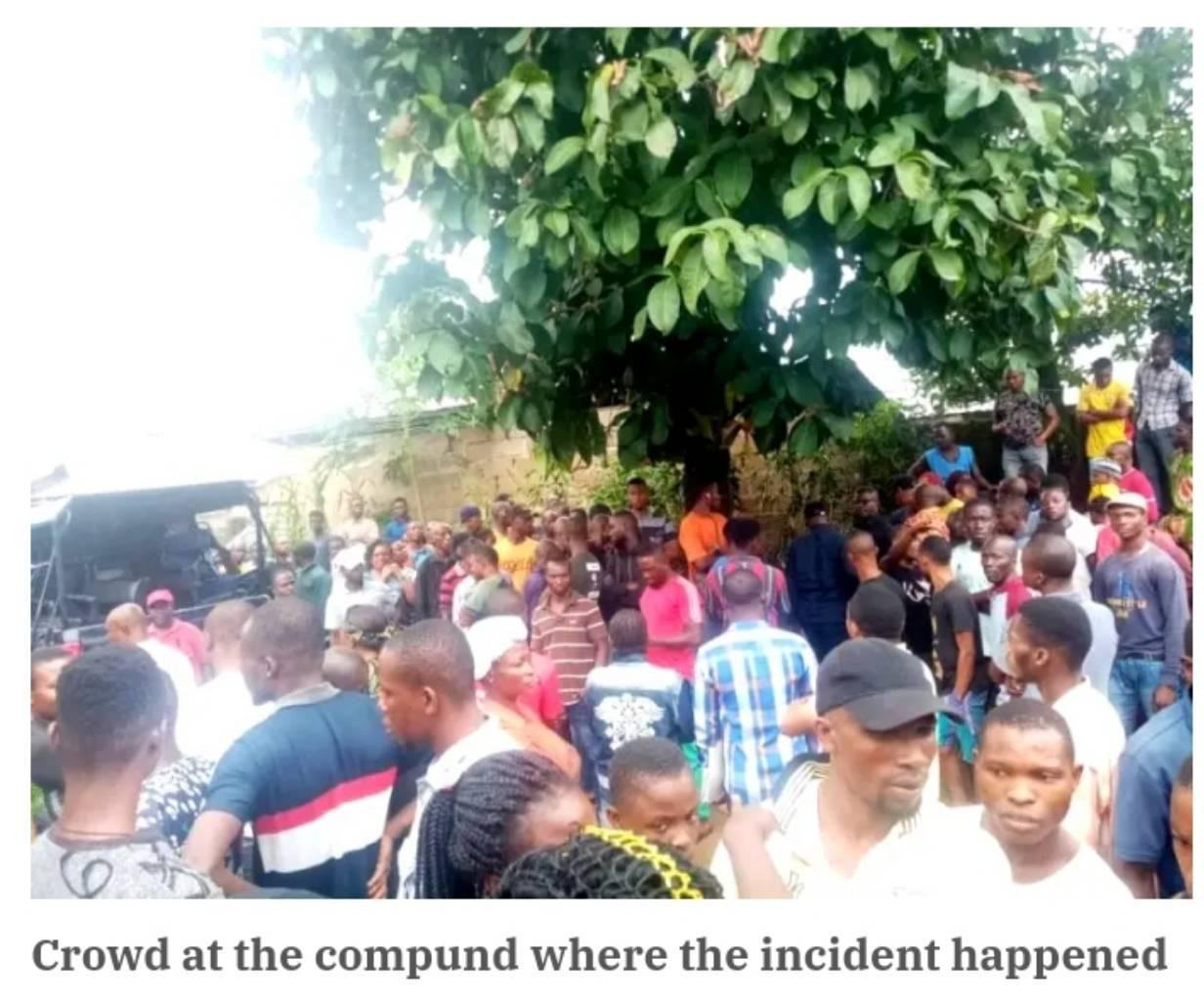 I am 24 years old. I work as a bouncer at 125 Old Ikang Road Calabar. The woman wanted to seduce me. The deep hole you saw inside my apartment is an empowerment area. That’s where I empower myself.

One of the victim’s children named Nkoyo, said the incident happened between 5am and 6am.

According to Nkoyo, she heard some noise made by vigilante youths, adding that when she came out, she was told that someone had been killed and buried in the company.

She said she saw Etteobong and asked him what happened and he said that he had killed her mother.

It was at that point that the police arrived and started shooting in the air and I also ran inside the house. They arrested him. But he used the machete to injured one of the policemen before he was arrested.

She added that her mother usually went early outside to take her morning bath, adding that someone in a nearby building saw the suspect when he was trying to bury her her body in the shallow grave he dug.

Meanwhile, Deputy spokesperson of the State Police Command, Igiri Ewa, confirmed the incident said the suspect is in police custody.

See some photos from the scene of the incident below; 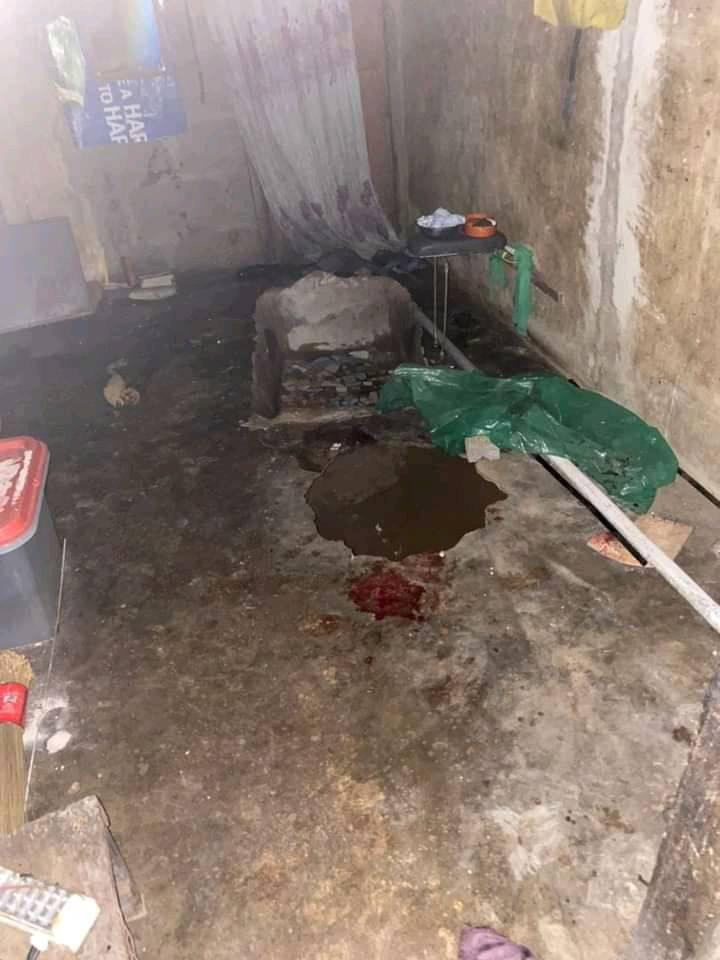 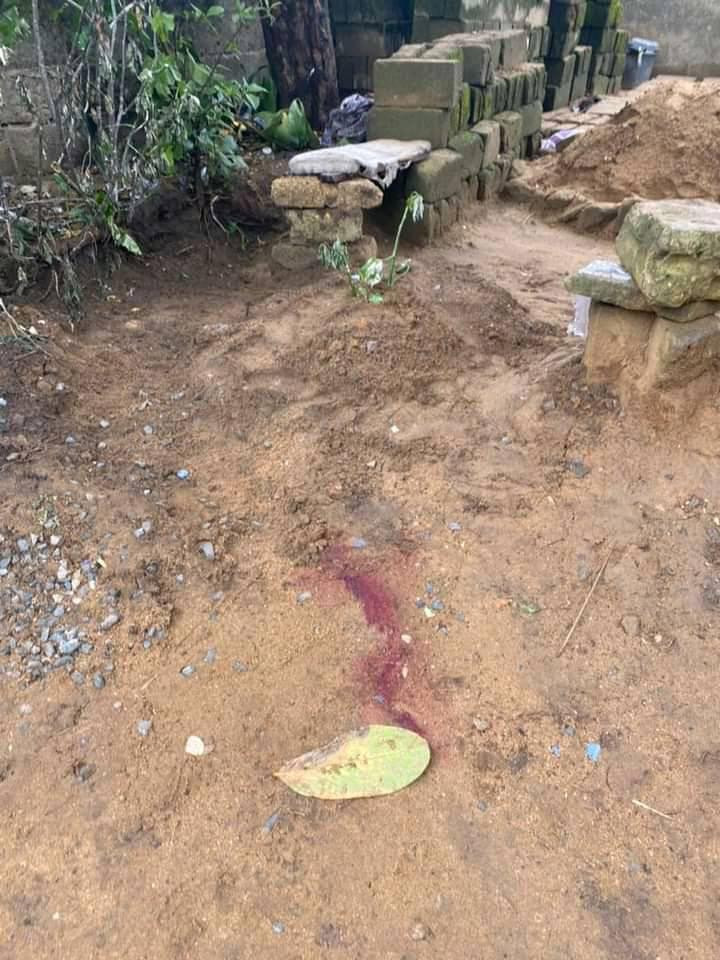 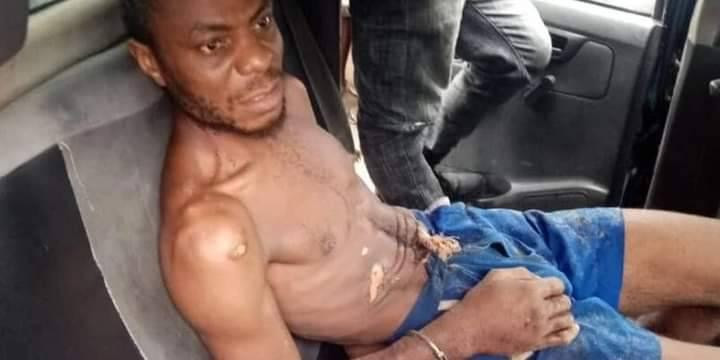 Nigerian Man Sentenced To 70 Months In Jail Over $2.6m COVID-19 Unemployment Fraud In…