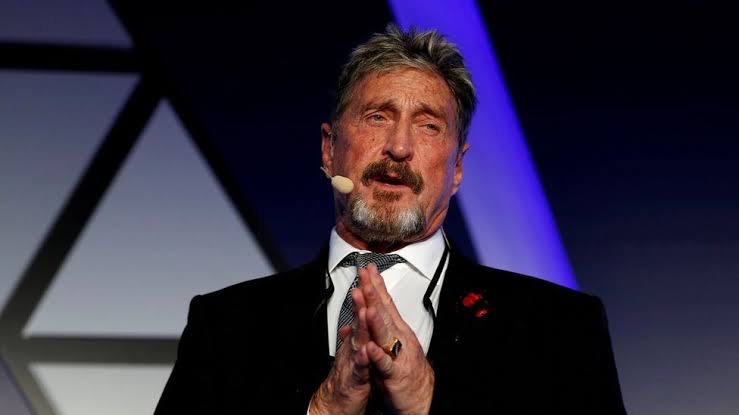 John McAfee, tech entrepreneur behind popular McAfee anti-virus software, has died by suicide at 75 on Wednesday, a prison official said.

His death comes a day after the country’s national court approved his extradition to the United States, where he was wanted on tax-related criminal charges that carry a prison sentence of up to 30 years.

Known for his eccentric behaviour and videos, McAfee, was a pioneer of McAfee anti-virus software and indicted in Tennessee on tax evasion charges. He also was charged in a cryptocurrency fraud case in New York.

McAfee was found dead in his cell in Barcelona, following the Spanish High Court’s preliminary ruling for his removal to the United States, the regional Catalan government told The Associated Press.

It stated that prison officers and medics tried to save the life of a 75-year-old man but had been unsuccessful. After attempts to save him failed, he was pronounced dead.

McAfee’s lawyer told Reuters that the 75-year-old hanged himself in his cell.

Tennessee prosecutors charged 75-year-old McAfee with evading taxes after failing to report income made from promoting cryptocurrencies while he did consultancy work, as well as income from speaking engagements and selling the rights to his life story for a documentary.

The charges refer to three fiscal years from 2016 to 2018, according to the Spanish court’s ruling on Wednesday.

The court agrees to grant the extradition of John David McAfee as requested by the American judicial authorities for the crimes referred to in the tax offence indictments for years 2016 to 2018.

The entrepreneur was arrested last October at Barcelona’s international airport as he was about to board a flight to Istanbul. A judge ordered at that time that McAfee should be held in jail while awaiting the outcome of a hearing on extradition.

He had been fighting removal to the U.S. ever since, telling Spanish authorities he’s being targeted for political reasons.

Until his death, McAfee still had opportunities to appeal his conviction but could not stand more time in jail, his lawyer Javier Villalba said.

In a hearing held via videolink earlier this month, McAfee argued that the charges against him were politically motivated and said he would spend the rest of his life in prison if he was returned to the US.

Since making a fortune with his eponymous antivirus software in the 1980s that still bears his name, McAfee became a self-styled cryptocurrency guru, claiming to make $2,000 a day.

However in recent years, his personal life had drawn as much interest as his professional achievements. He became the subject of frenzied media scrutiny following the unsolved 2012 murder of a neighbour in Belize.

When the police found him living with a 17-year-old girl and discovered a large arsenal of weapons in his home in the Central American country, McAfee disappeared on a month-long flight that drew breathless media coverage.

The dead neighbour’s family later filed a wrongful death suit against McAfee and last year a court in Florida found against him, ordering him to pay the family more than $25m.

In July 2019, he was released from detention in Dominican Republic after he and five others were suspected of travelling on a yacht carrying high-calibre weapons, ammunition and military-style gear, officials in the Caribbean island said at the time.