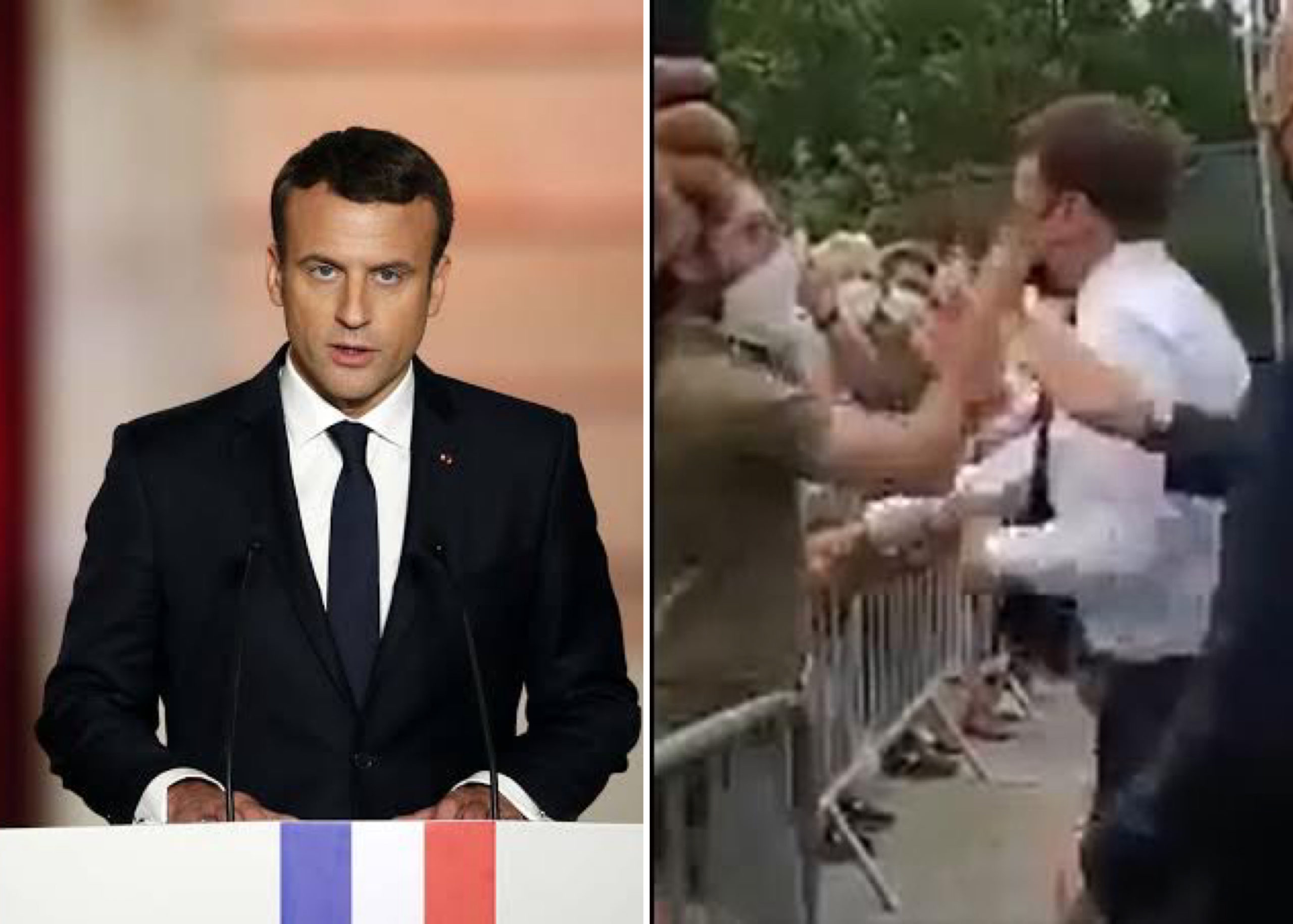 French President, Emmanuel Macron has on Tuesday, June 8 been slapped in the face during a walkabout to greet voters in southern France.

The man, who took the French President by the arm, shouted: ‘Down with Macronia‘ (‘A Bas La Macronie’) as he delivered the slap, according to viral video of the incident.

In video circulating on social media, Macron, dressed in shirt sleeves, could be seen walking towards a crowd of well-wishers who were behind a metal barrier.

The French president reached out his hand to greet one man, in a green T-Shirt, with glasses and a face mask.

The man could be heard shouting out ‘Down with Macronia‘ (‘A Bas La Macronie’) and then he delivered a slap to Macron’s face.

Following the incident, security guards, as seen in the video, quickly seized upon the assailant and bundled Macron to safety.

Two people were arrested following the incident in the village of Tain-l’Hermitage in the Drome region. It’s not clear what the second person’s role was, DailyMail reports.

Macron had been meeting restaurateurs and students to talk about how life is returning to normal after COVID-19 restrictions were eased.

After the incident, Macron reportedly remained in the vicinity of the crowd for a few more seconds, and appeared to be talking to someone on the other side of the barriers.

Presidential administration confirmed the incident but refused to give any further details.

Watch the video of the incident below;

FRANCE—Video emerges of @EmmanuelMacron slapped in the face, while greeting people during his tour of the #Drôme.