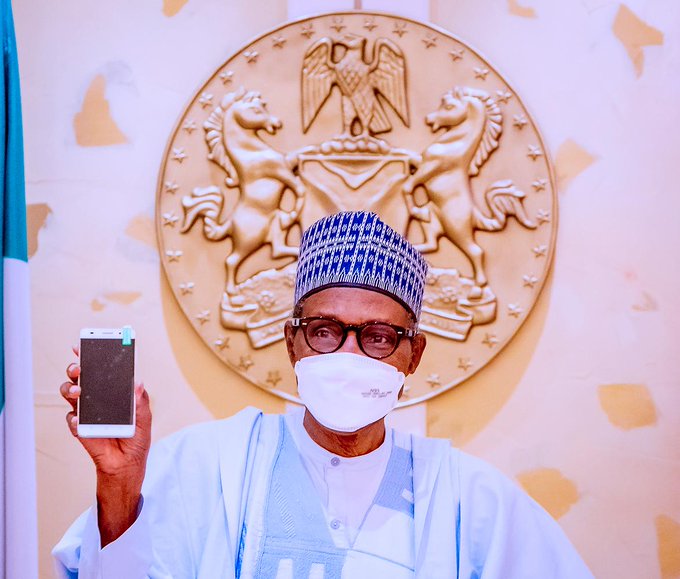 Adebayo presented the phone to the president before the commencement of Wednesday’s Federal Executive Council meeting in Abuja.

According to him, the phone is one of the 12 cell phones produced, using locally sourced components by electrical/electronics technology department of Industrial Training Fund’s (ITF) Model Skills Training Centre. 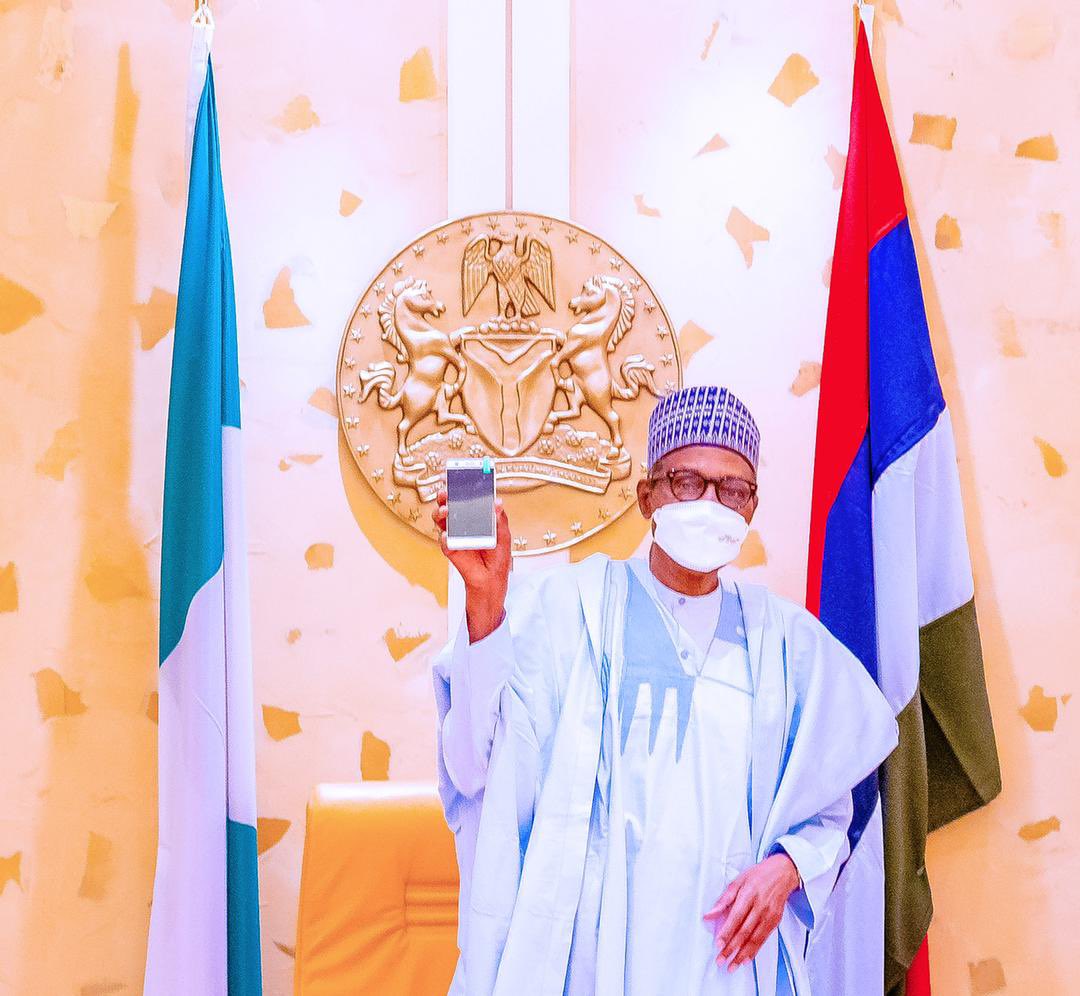 12 indigenous mobile cell phones produced by the Model Skills Training Centre of the Industrial Training Fund, an agency under Ministry of Industry Trade and Investment, were launched. It gives me great pleasure Mr President, to present you with one of the phones. 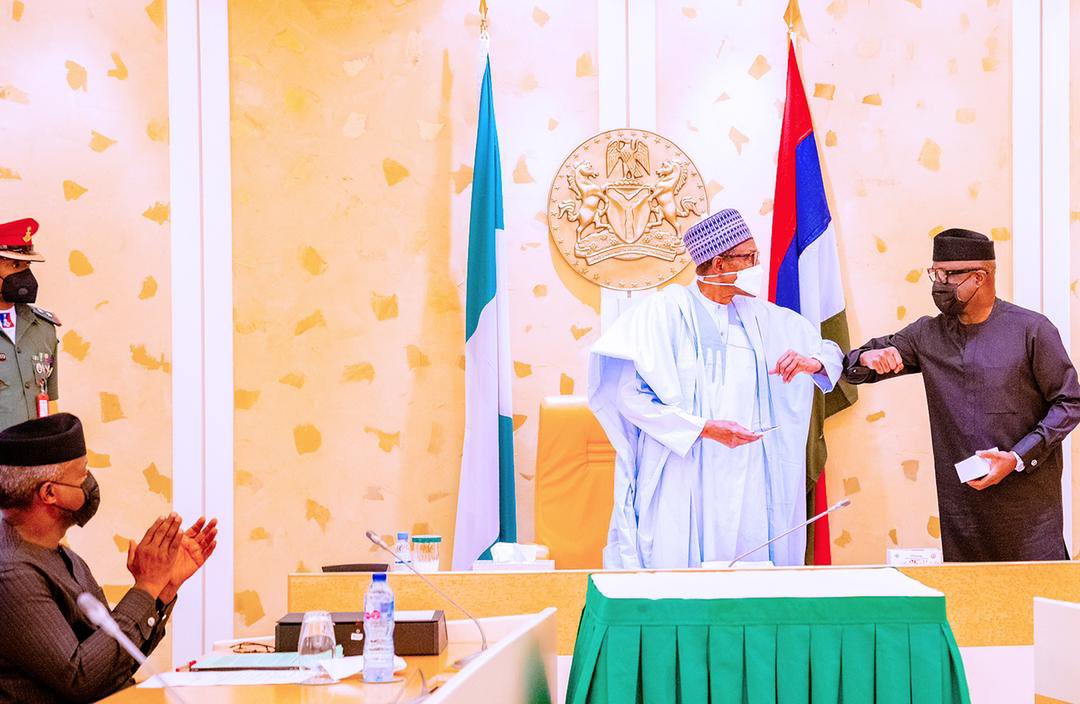 During the meeting, Buhari also presided over the swearing-in of one commissioner each for National Population Commission (NPC) and Federal Civil Service Commission (FCSC) ahead of the cabinet meeting’s deliberations.

Those sworn in were Wakil Bukar as FCC commissioner and Mohammed Dattijo Usman as NPC commissioner. Their predecessors died recently. 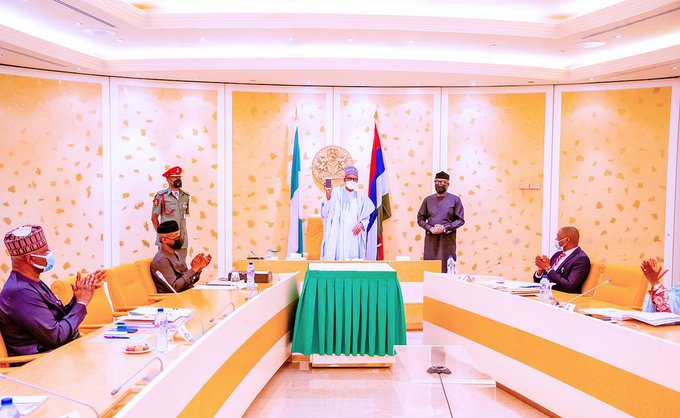 Meanwhile, Buhari is presiding over the FEC meeting at the conference room of the First Lady’s office.

Among those physically present are Vice President Yemi Osinbajo, Secretary to the Government of the Federation, Boss Mustapha, and Chief of Staff to the President, Ibrahim Gambari.

Head of Service of the Federation, Dr. Folasade Yemi-Esan and other Ministers are participating in the weekly cabinet meeting from their various offices in Abuja.