Buhari To Travel To London For ‘Medical Follow-Up’ 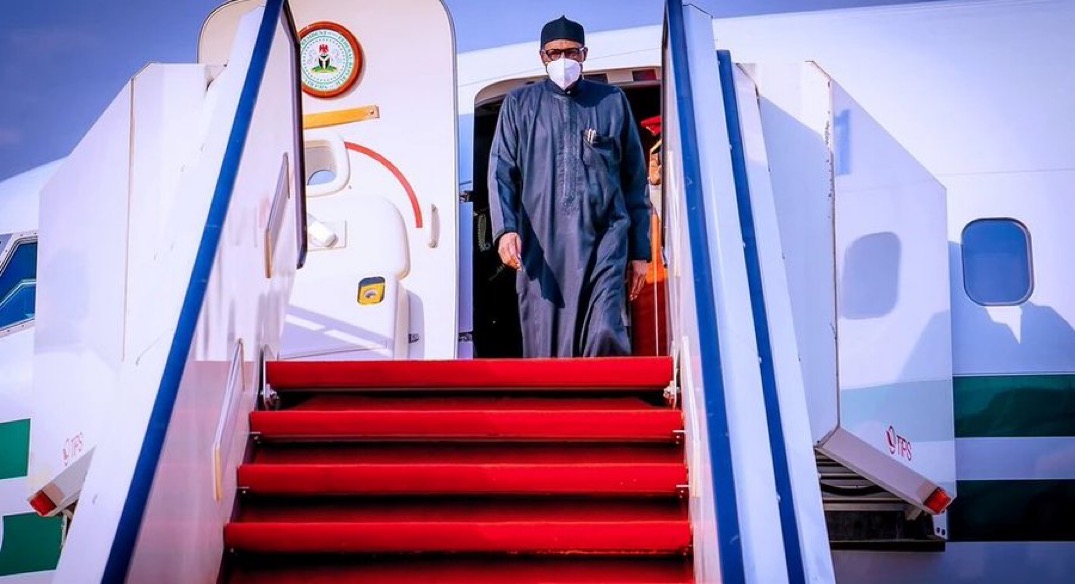 President Muhammadu Buhari has been scheduled travel to London, the United Kingdom, on Friday for a medical follow-up, his media office announced on Thursday.

Femi Adesina, his spokesman, in a statement titled ‘President Buhari off to London Friday for medical follow-up,’ said;

President Muhammadu Buhari will proceed to London, the United Kingdom on Friday, June 25, 2021, for a scheduled medical follow-up. He is due back in the country during the second week of July 2021.

The new development comes over 2 months after he returned from London after a routine medical check-up.

Buhari arrived at Nnamdi Azikiwe International Airport on April 15 and was received by cabinet members.

However, Buhari’s visit was however marred with #HarassBuhariOutOfLondon protest organised byReno Omokri, an ex-aide to former President Goodluck Jonathan.

A counter-protest or a solidarity protest was soon organised in support of the Nigerian president in what could be described as absurd drama.

Buhari has been criticised for his medical trips abroad despite the state house clinic receiving an allocation of N6.4 billion since 2016.

According to PeoplesGazette, since the President came into power in 2015, he has spent more than 175 days in London on medical leave.

Buhari Says Attack On NDA Will Not Dampen Morale Of Armed…