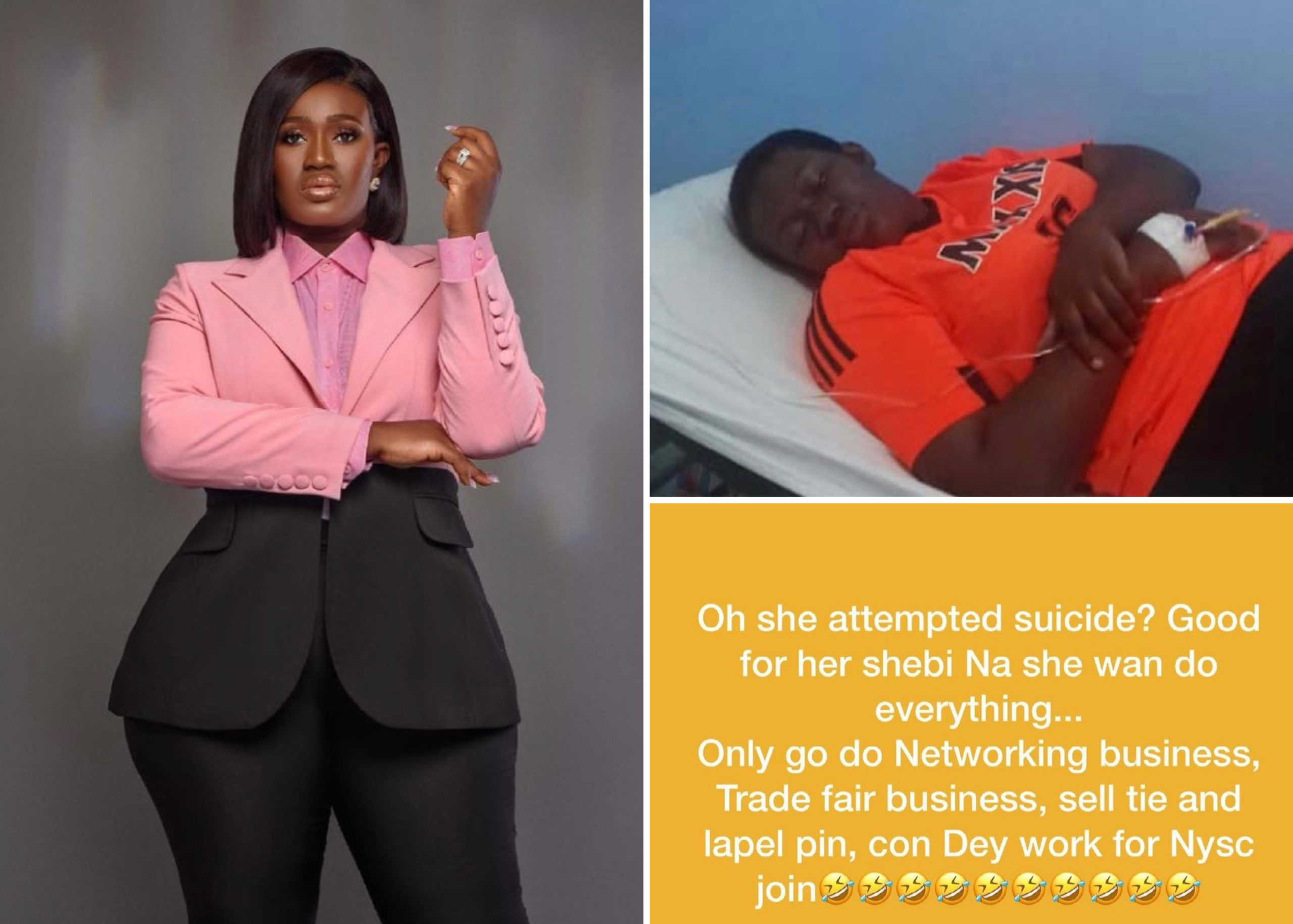 Comedienne, Anita Asuoha, better known as Real Warri Pikin has disclosed that she attempted suicide in June 2018 because her family was experience financial challenges, with a number of unpaid debts.

The mother of two who revealed this on Sunday via her verified Instagram page stated that at the time, her family was in debt to the tune of N22m. 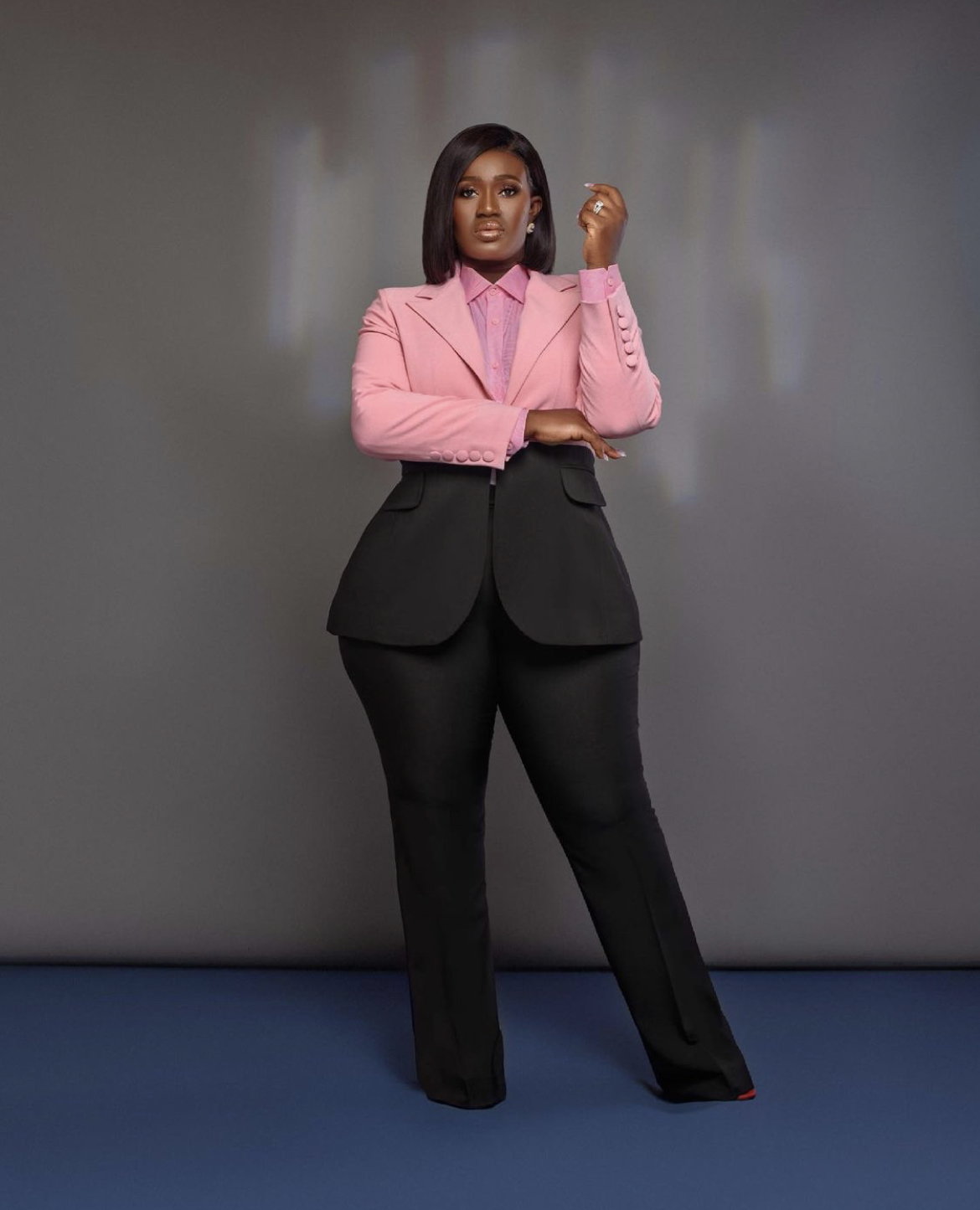 In one of the pictures she posted, the comedienne turned actress posed, looking dapper in a black and pink suit, while the second picture showed her receiving a drip as she lay on a bed in a place that looked like a hospital. 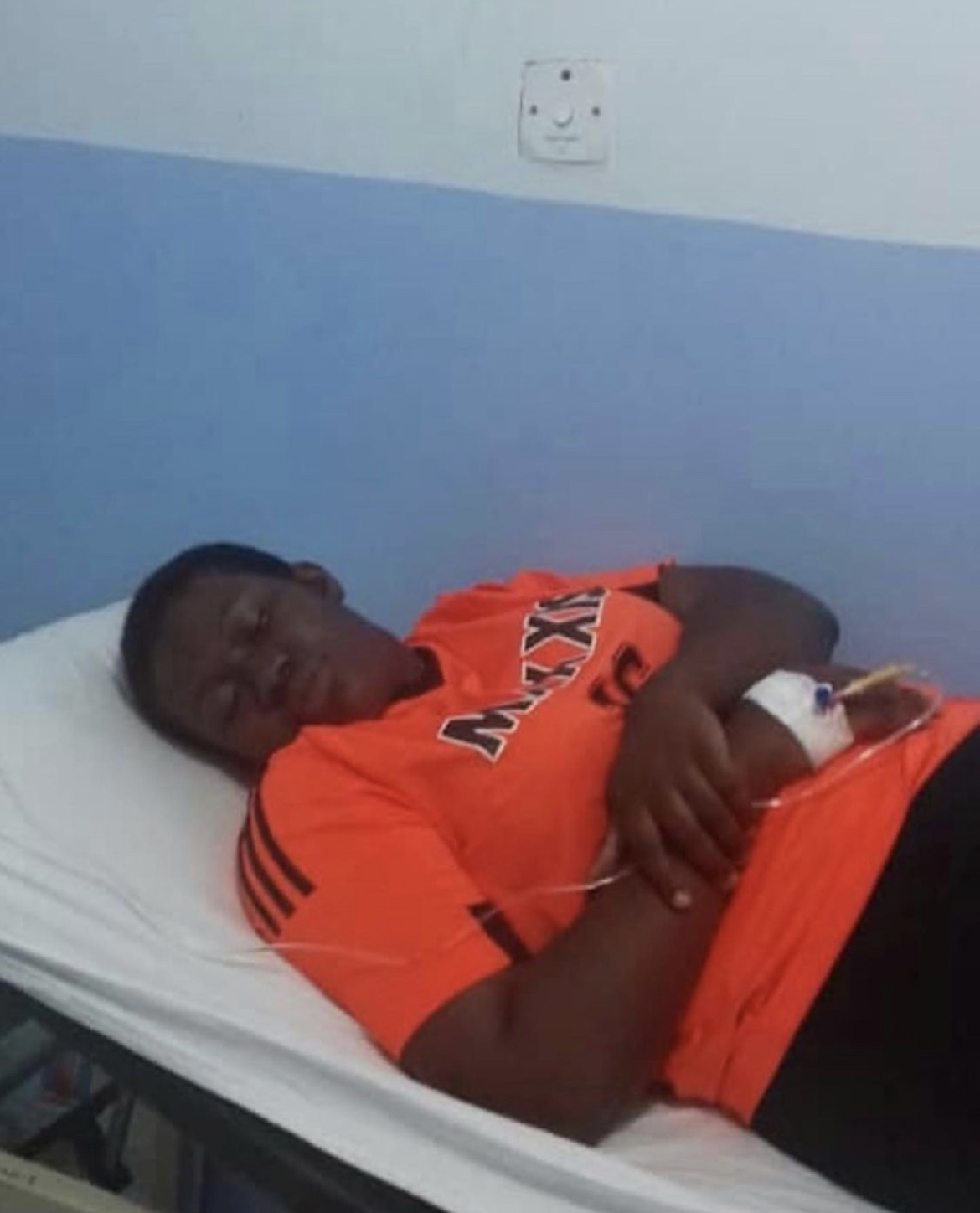 She spoken about how people mocked her for marrying young and marrying a ‘poor’ man in the early stage of their marriage.

On the 6th of June 2018, The Only Words I was Hearing in my head was…
-End it Now!
-Give up Already!
-No Hope!
-You and Ikechukwu will never pay up the 22million Naira debt!
-The suffering will never end!
-End it!
-End it!
-You will beg all the days of your life!
-Help will never come!
-Rent, School Fees, Bills are Due you can’t pay!
-You and Ikechukwu salary put together in 5years can’t pay back the debt End it!
-The banks, Friends etc you owe won’t stop calling and Embarrassing you End it!
-The Shame and pain is tooo much and it will get worse
-End it
-End it Now! God will Never come truuuuuuuuu for you!
.
.
And Because I was Excusted I believed the Voices in my head. I Made An Attempt to take my own Life😭
(Dear God, Thank you for giving me a 2nd chance)
.
.
Little did I knw that my breakthrough was Near and God was just preparing me for where e was taking me…
.
.
Las las na who Give up Lose
SAY NO TO SUICIDE
BUILD CAPACITY
NOBODY OWES YOU ANYTHING
HOPE IN GOD ALONE
TAKE ONLY CALCULATED RISK
PROBLEM NOR DEY FINISH
BALANCE YOUR CIRCLE
ALWAYS CHECK ON YOUR MENTAL HEALTH
DONT BE HARD ON YOU [sic]

Returning to Instagram on today, June 7, she disclosed that prior to the suicide attempt, people suggested other means for her to make money, including someone who invited her to “play” in a hotel in exchange for money.

She said another offered to introduce her to a wealthy lesbian woman who would give her money in exchange for sexual favours.

When she was in hospital after attempting suicide in 2018, Real Warri Pikin expressed that people mocked her and said even if she dies, her husband must pay their money.

Below are screenshots of some of the things she said she was told at the time; 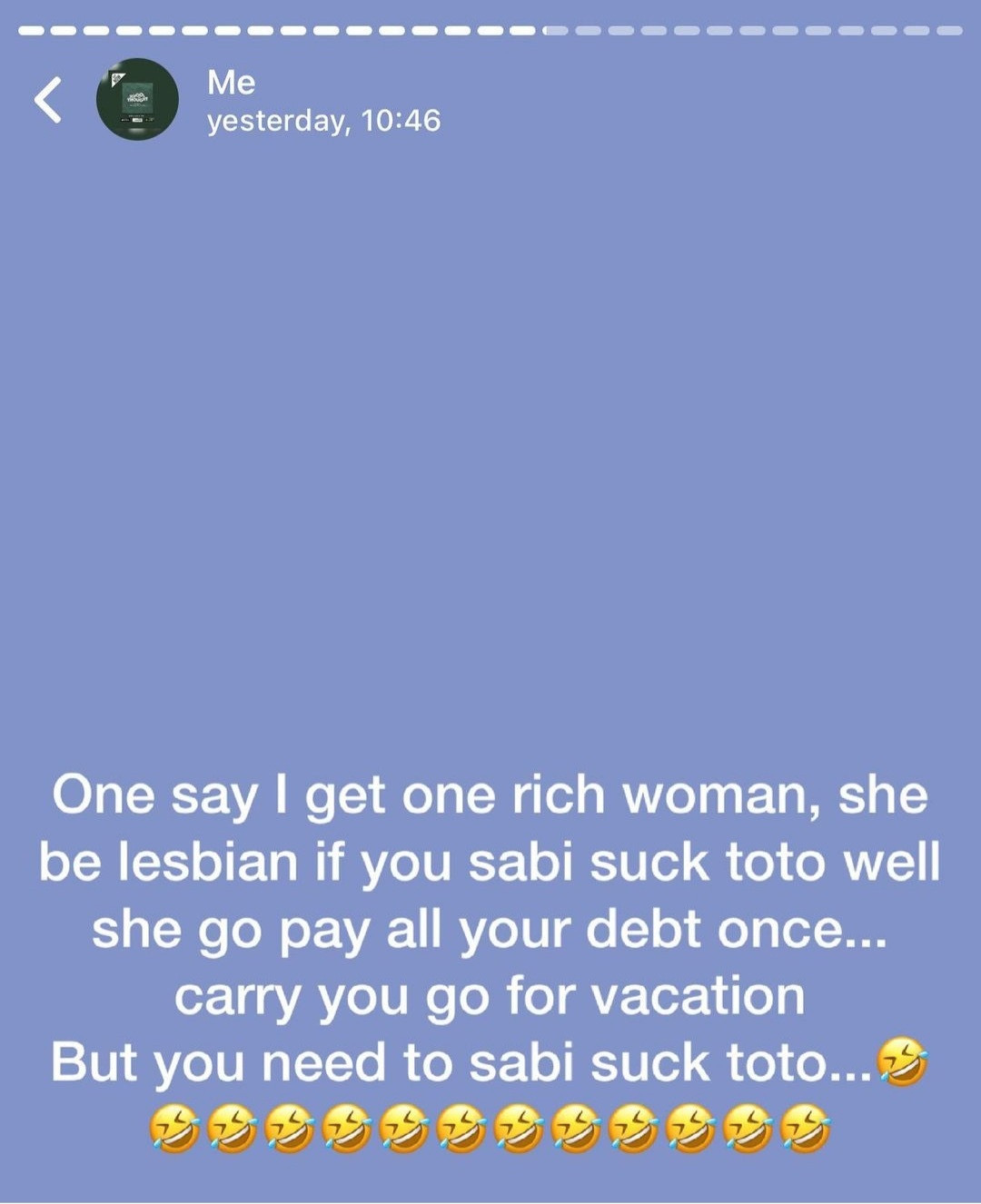 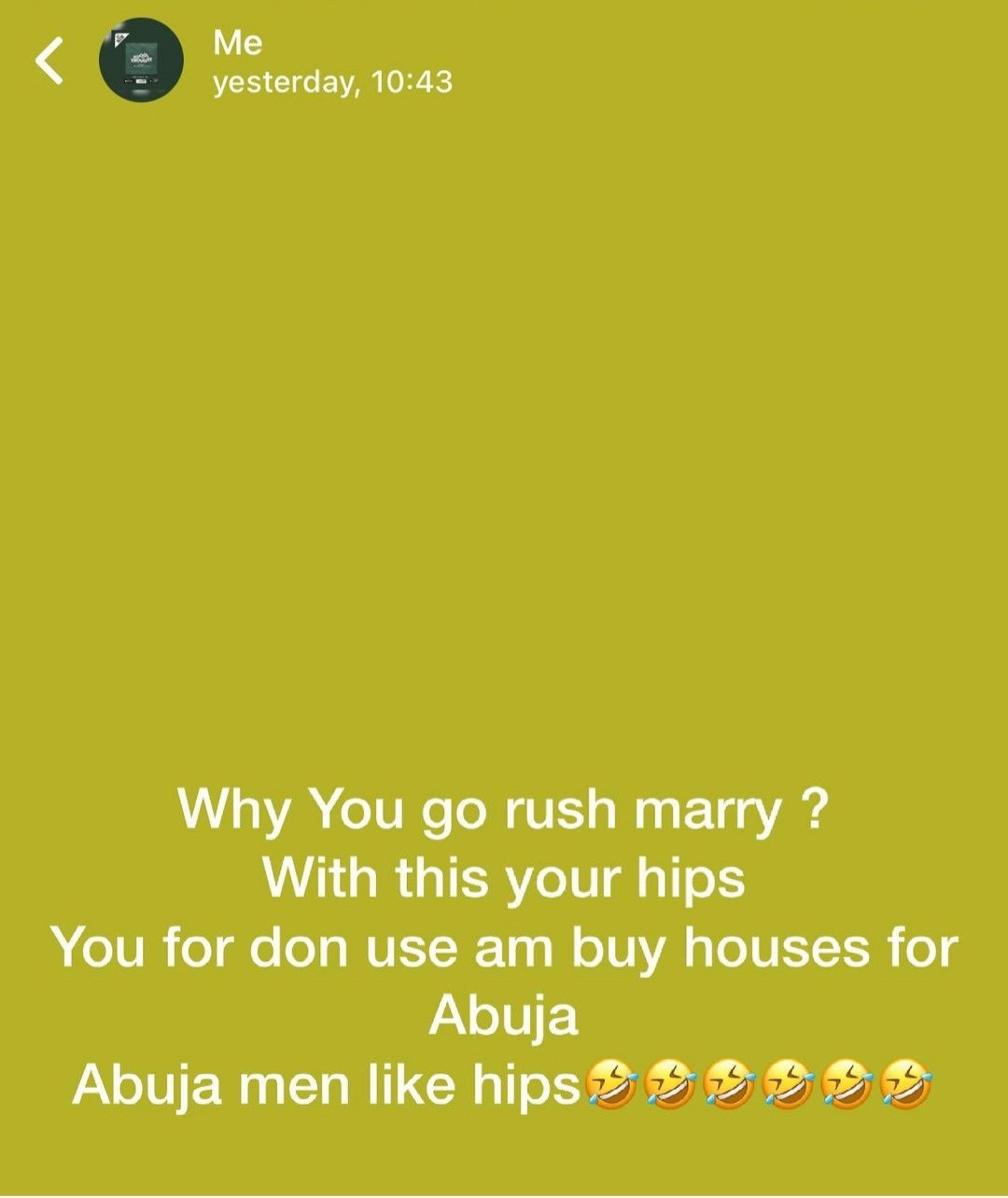 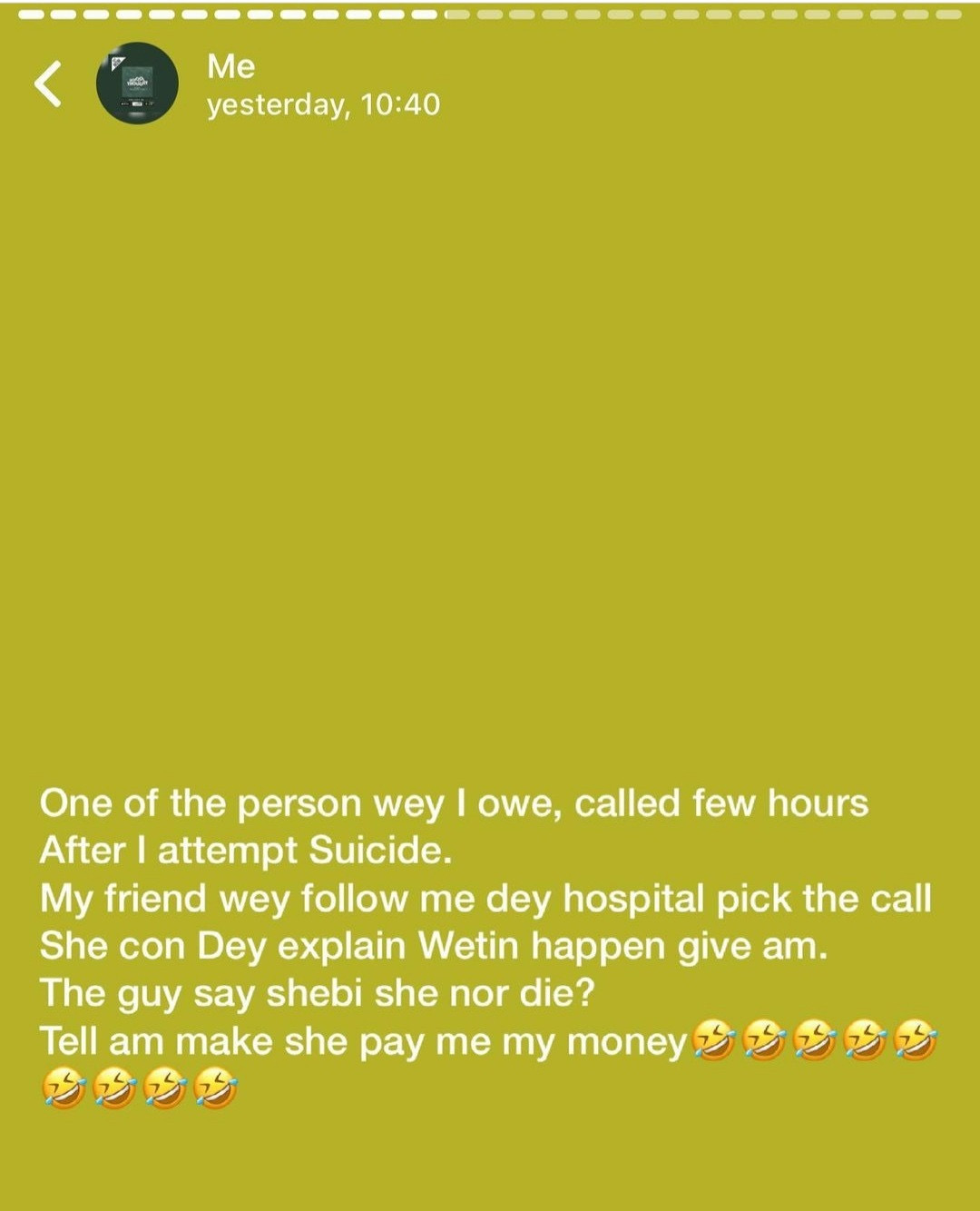 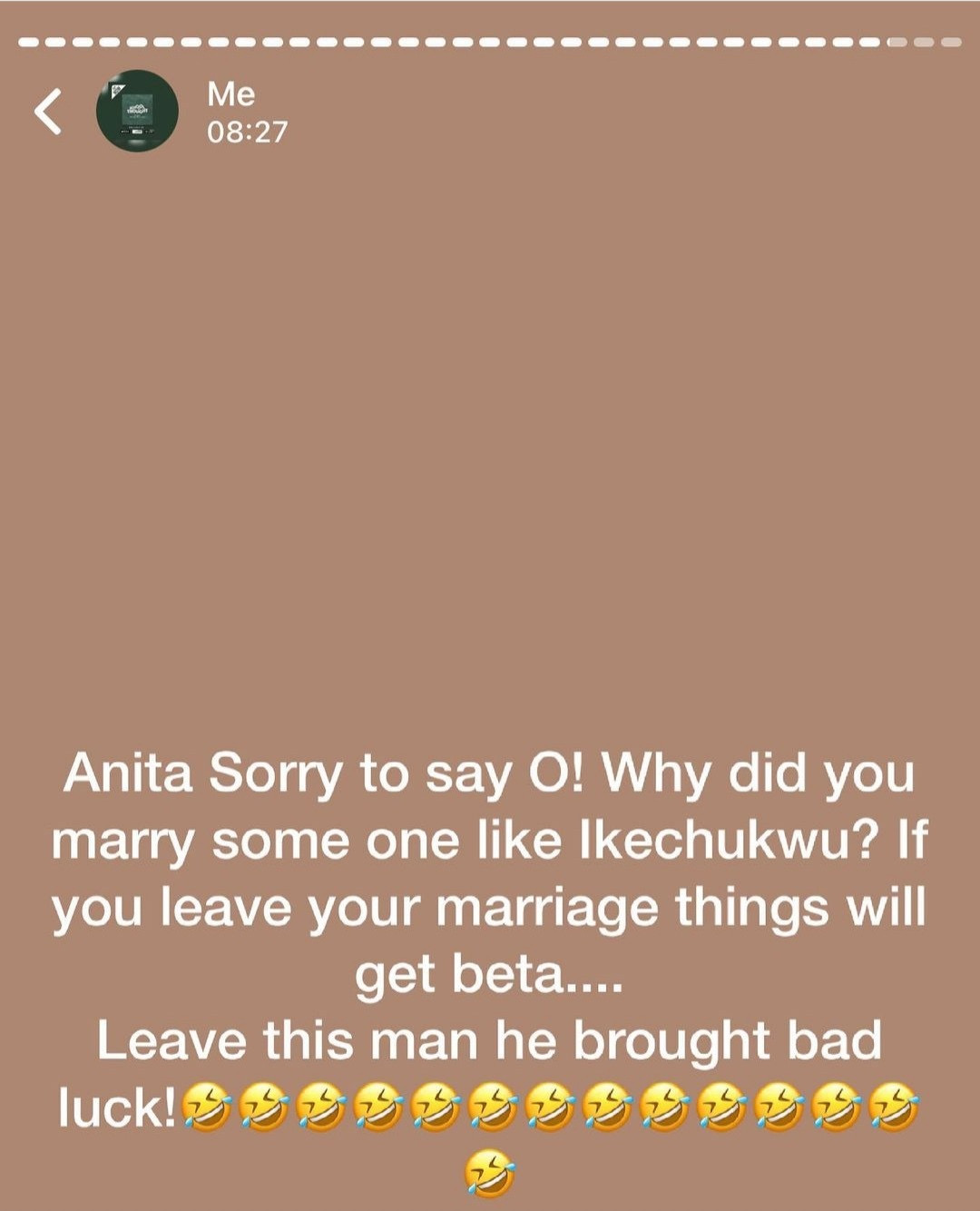 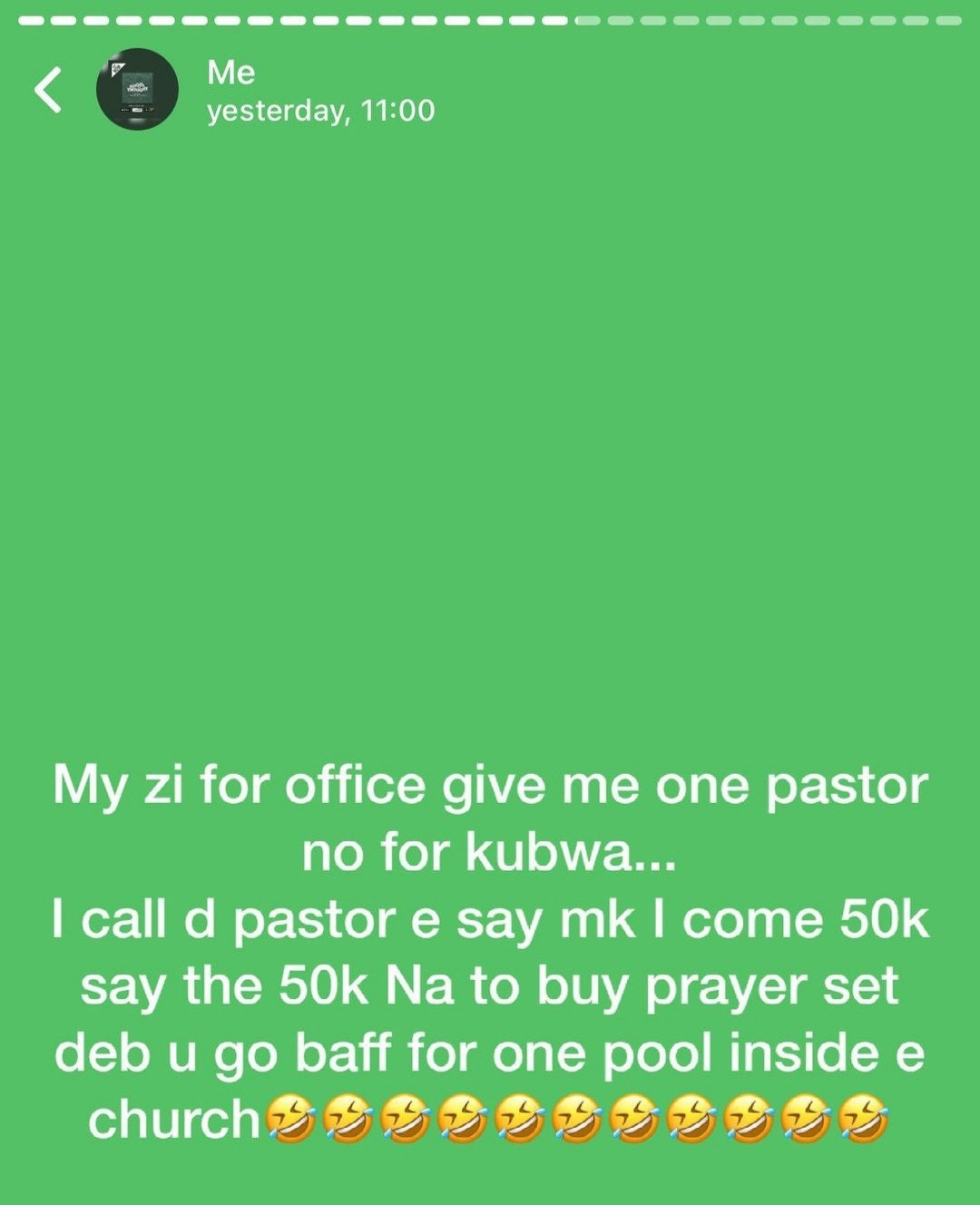 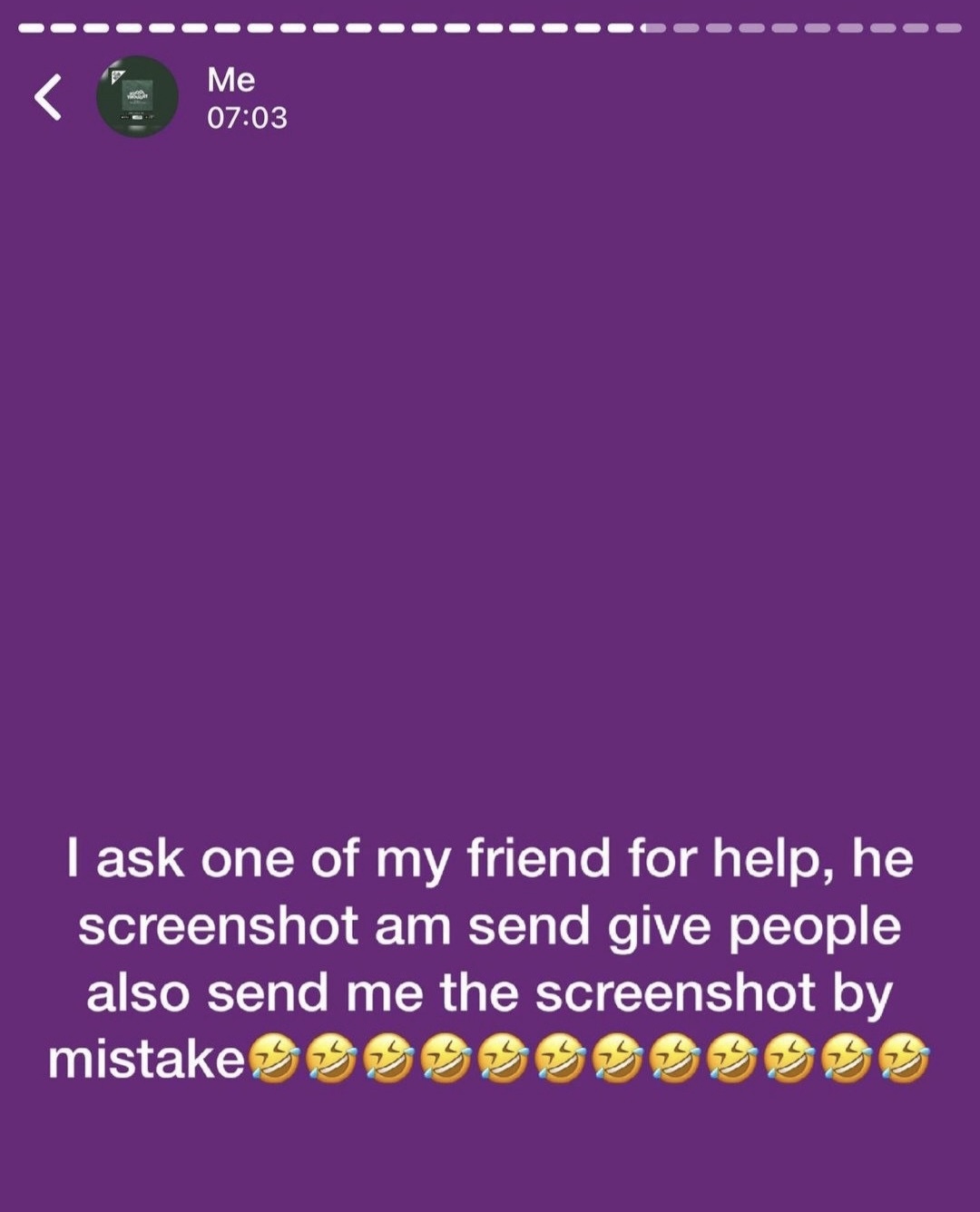 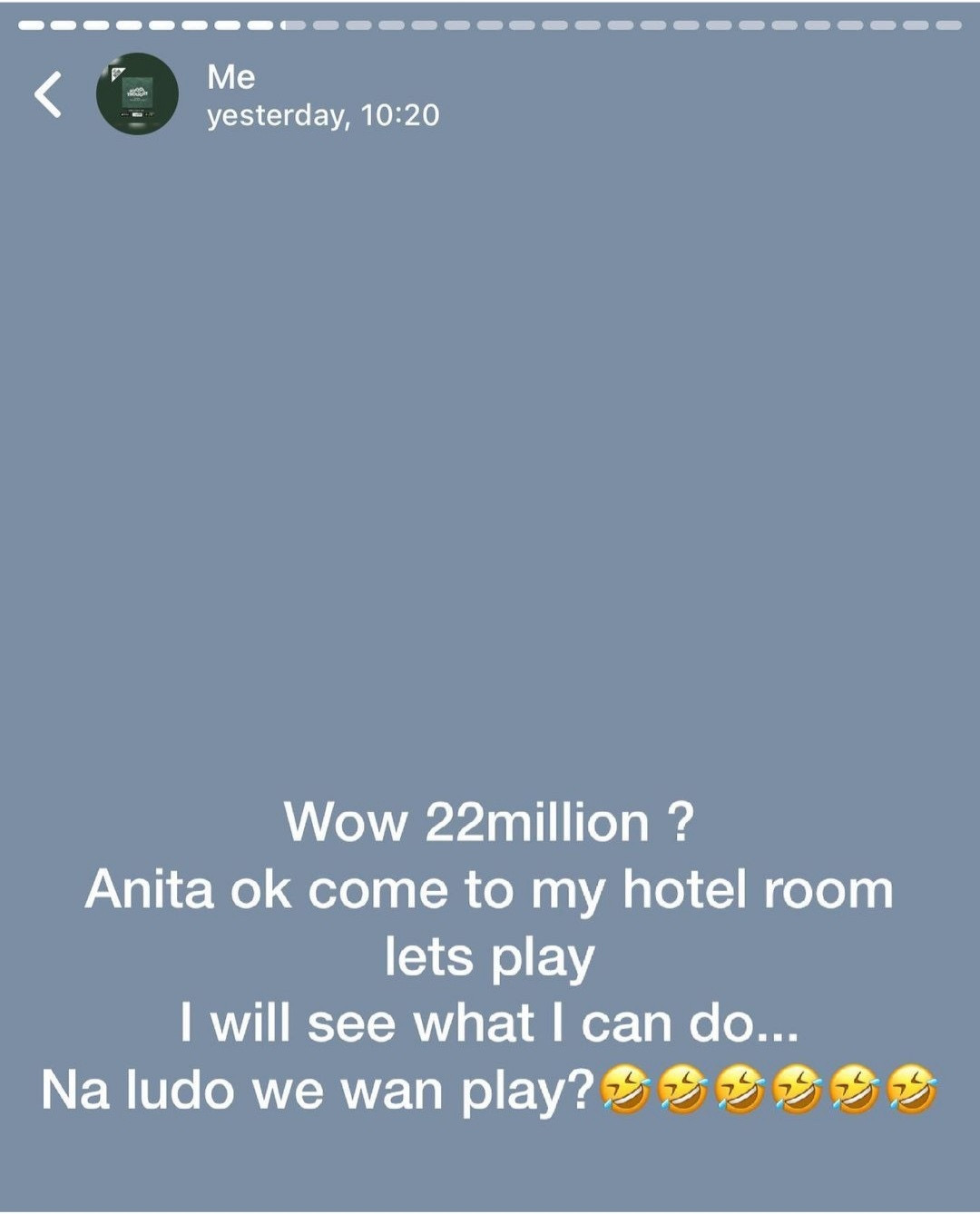 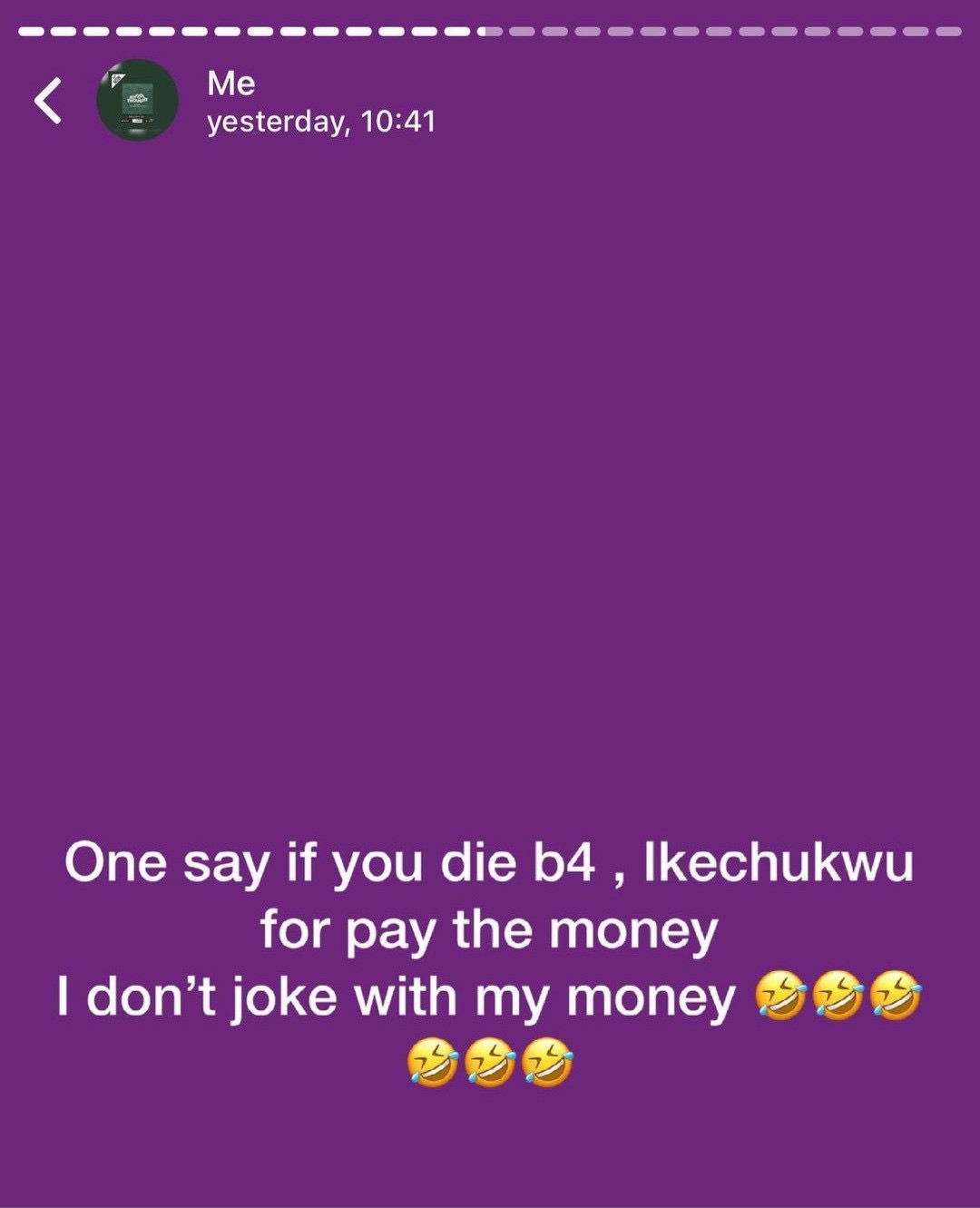 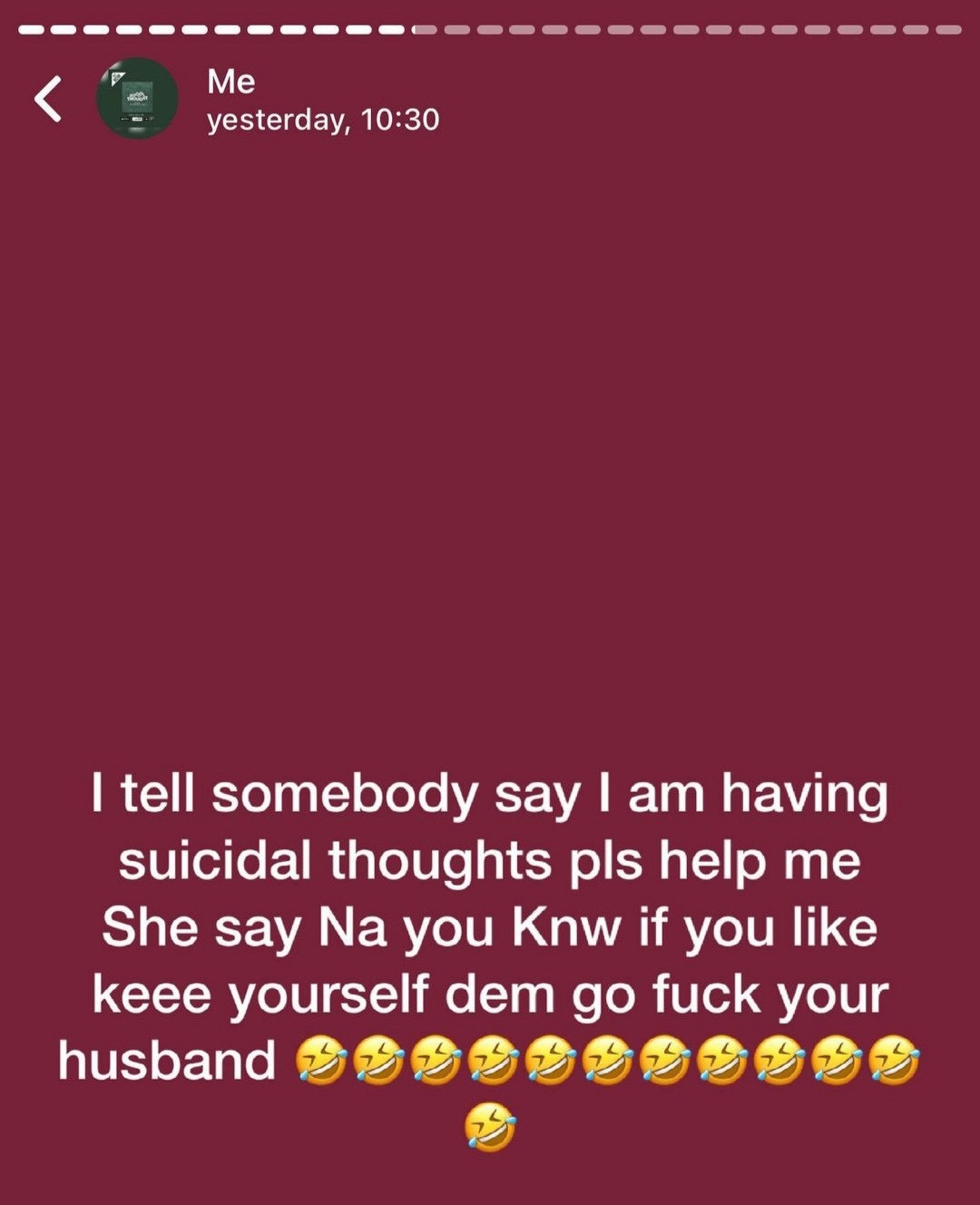 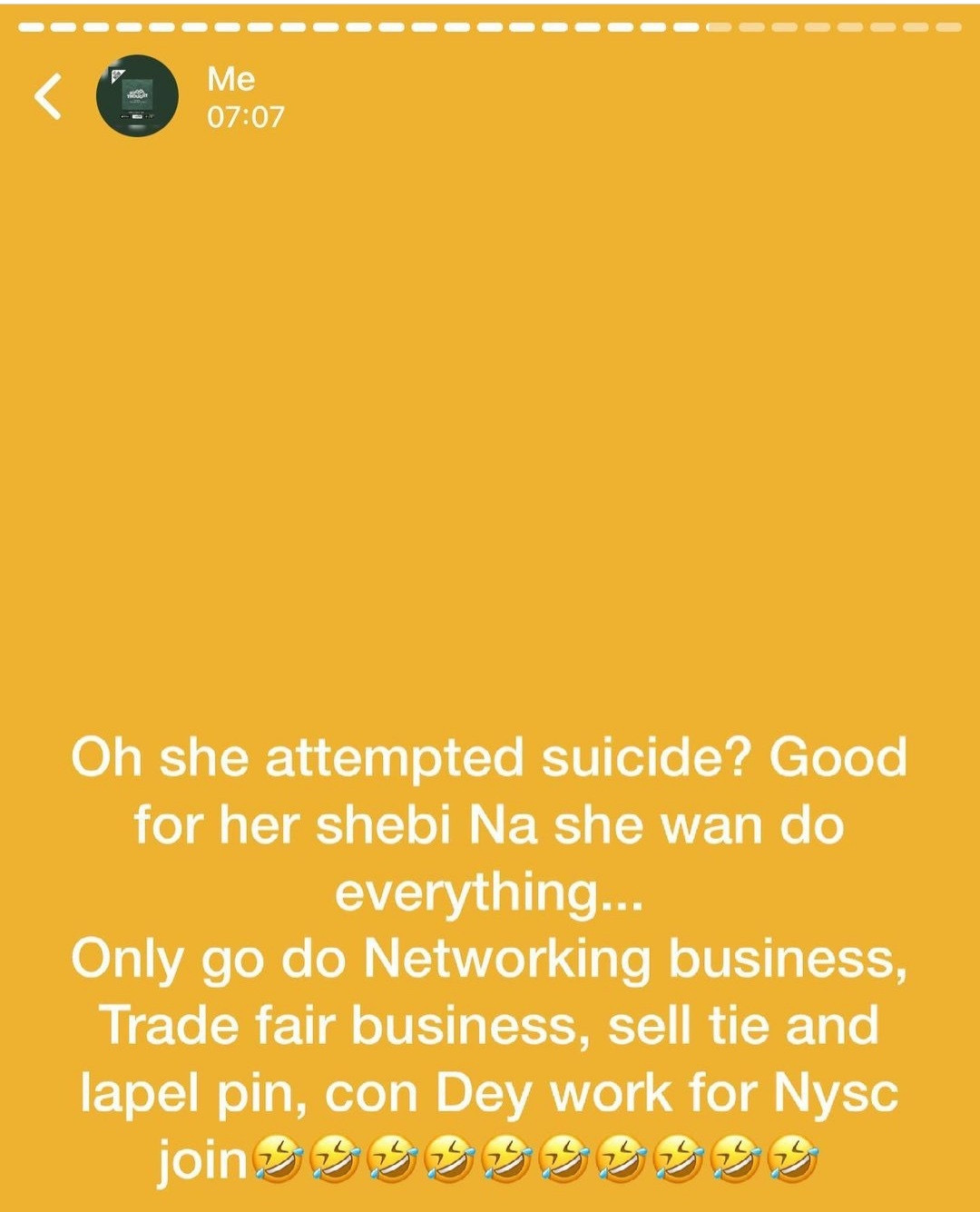 German Mother On Trial For Killing Five Of Her Children