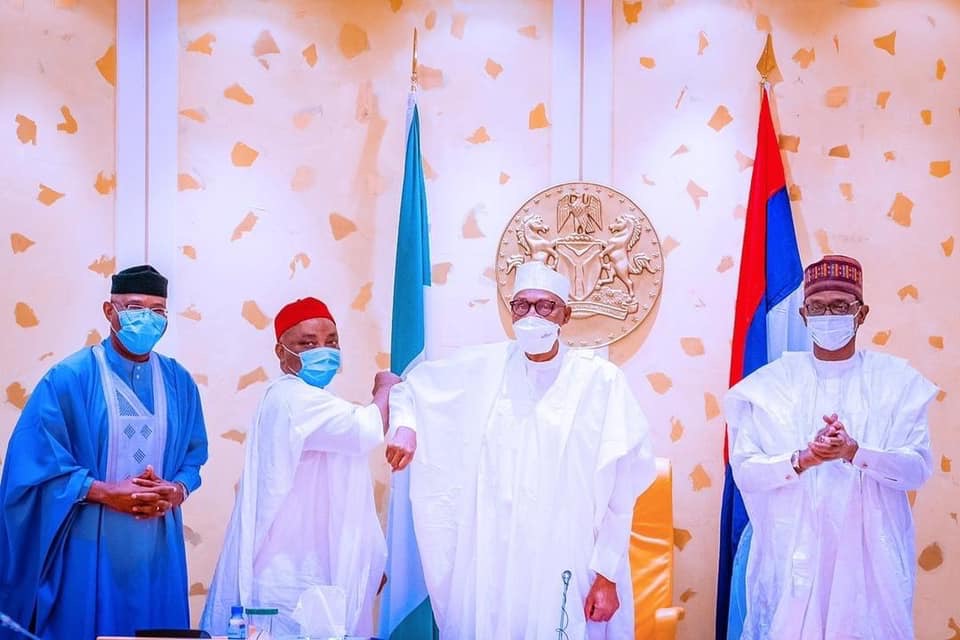 Senator representing Delta North, Peter Nwaoboshi, has defected to All Progressives Congress, days after his suspension from Peoples Democratic Party.

President Muhammadu Buhari on Friday, welcomed the senator to APC.

This was made known by Special Adviser to President on Media and Publicity, Femi Adesina in a statement titled ‘President Buhari congratulates Sen. Peter Nwaoboshi for decamping to APC’.

President Muhammadu Buhari on Friday in Abuja welcomed Sen. Peter Nwaoboshi to the All Progressives Congress, after he left the Peoples Democratic Party, saying ‘you are welcome to the progressives family.’

The Deputy Senate President said Senator Nwaoboshi’s decision to join the APC clearly shows that the effort of the CECPC was yielding fruit. The Senator was warmly welcomed by party members. 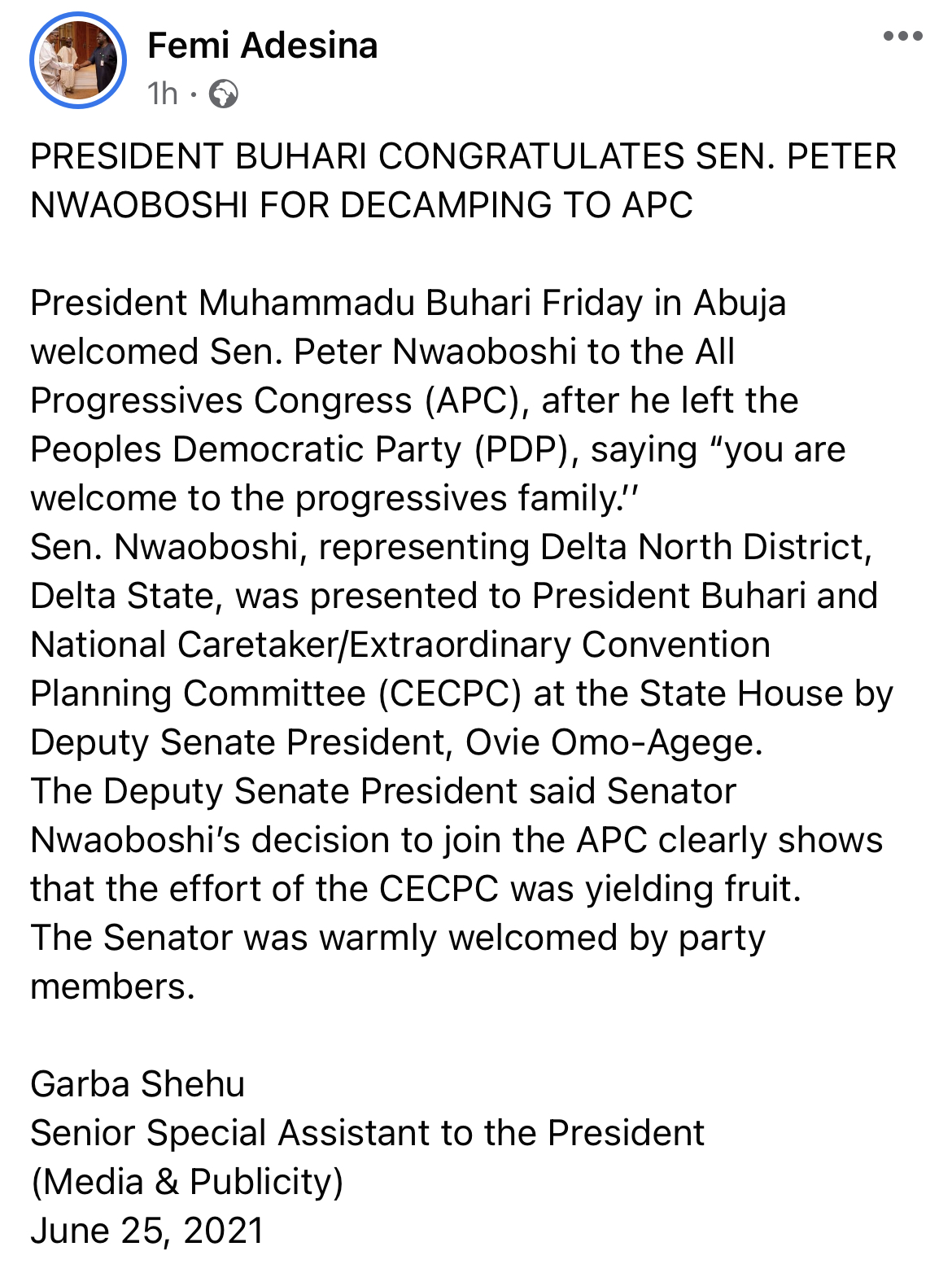 Buhari Arrives Imo For Commissioning Of Some Projects…