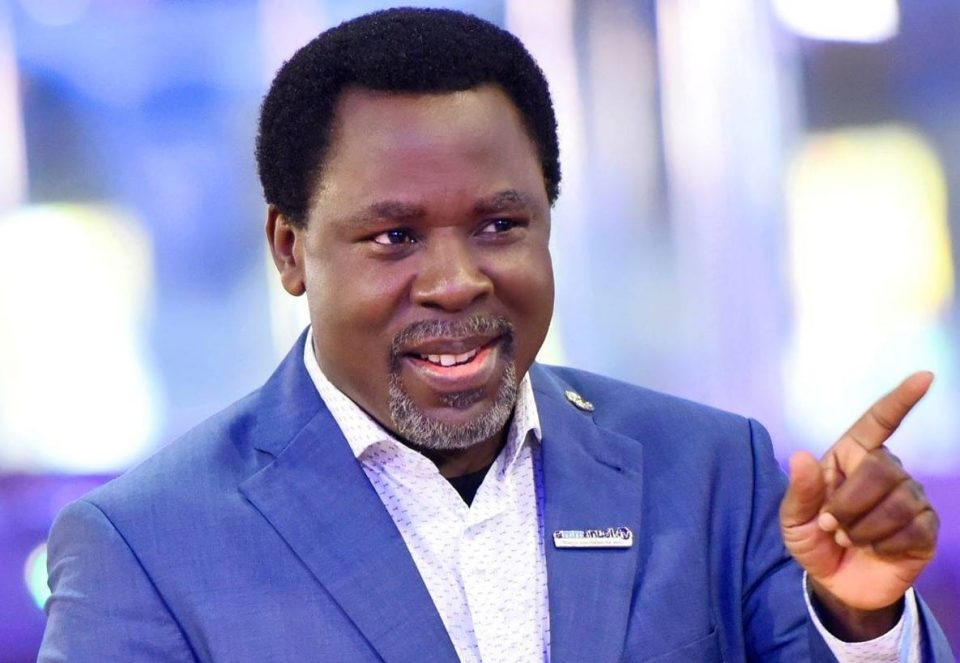 Family of Late Temitope Balogun Joshua, founder of Synagogue Church of All Nations (SCOAN) says the deceased would be buried on July 9, 2021, at his church in Lagos State.

Recall that the renowned Prophet died last week Saturday at 57 shortly after hosting a programme in the church premises.

Members of SCOAN and his followers across the country and other parts of the world have continued to mourn his sudden demise.

Since his death, there has been controversy over where he would be buried and date of his funeral.

However, according to ThePunch, a member of the family, who spoke on condition of anonymity on Sunday, said the date was fixed after immediate and extended members of the family of TB Joshua met at the residence of the deceased in Lagos State on Friday.

The family decision is contrary to the expectation of monarch of Arigidi Akoko, Oba Yisa Olanipekun, and some other traditional rulers in the Akoko area, who wanted the late pastor buried in his hometown, Arigidi Akoko.

The traditional rulers were of the opinion that if the late cleric was taken to his hometown for burial, it would further give the town global recognition.

They said the deceased’s worshippers all over the world would want to visit it to see his tomb and would also make the church to continue the project already embarked upon by the late founder.

However, family member said the wife, Evelyn, and the children of the late cleric prevailed on the other family members over the burial place and date at the meeting.

The source said the burial arrangement would take place between July 5 and July 9, 2021.

The extended family members, his (Joshua) wife and children held a meeting on Friday and it was decided that he should be buried in Lagos and the burial programme will be between July 5 and 9.

It was on the insistence of the wife and the children that the other family members agree on the place of burial because they said they saw revelations that he should be buried in Lagos. Since they said it was spiritual, the family agreed with them.

However, one of the community leaders in Akokoland, Chief Ladi Bello, said since the decision had been taken on the burial arrangement of the deceased, the ongoing project left behind in Arigidi Akoko by the late pastor should not be abandoned.

Now that the burial will take place in Lagos, his legacies must be sustained while his projects in Akokoland should not be abandoned.

Meanwhile, SCOAN did not hold any of its three services on Sunday as the church remained shut.

It was gathered that main gate of the church remained open for pedestrians, church staff and visitors.