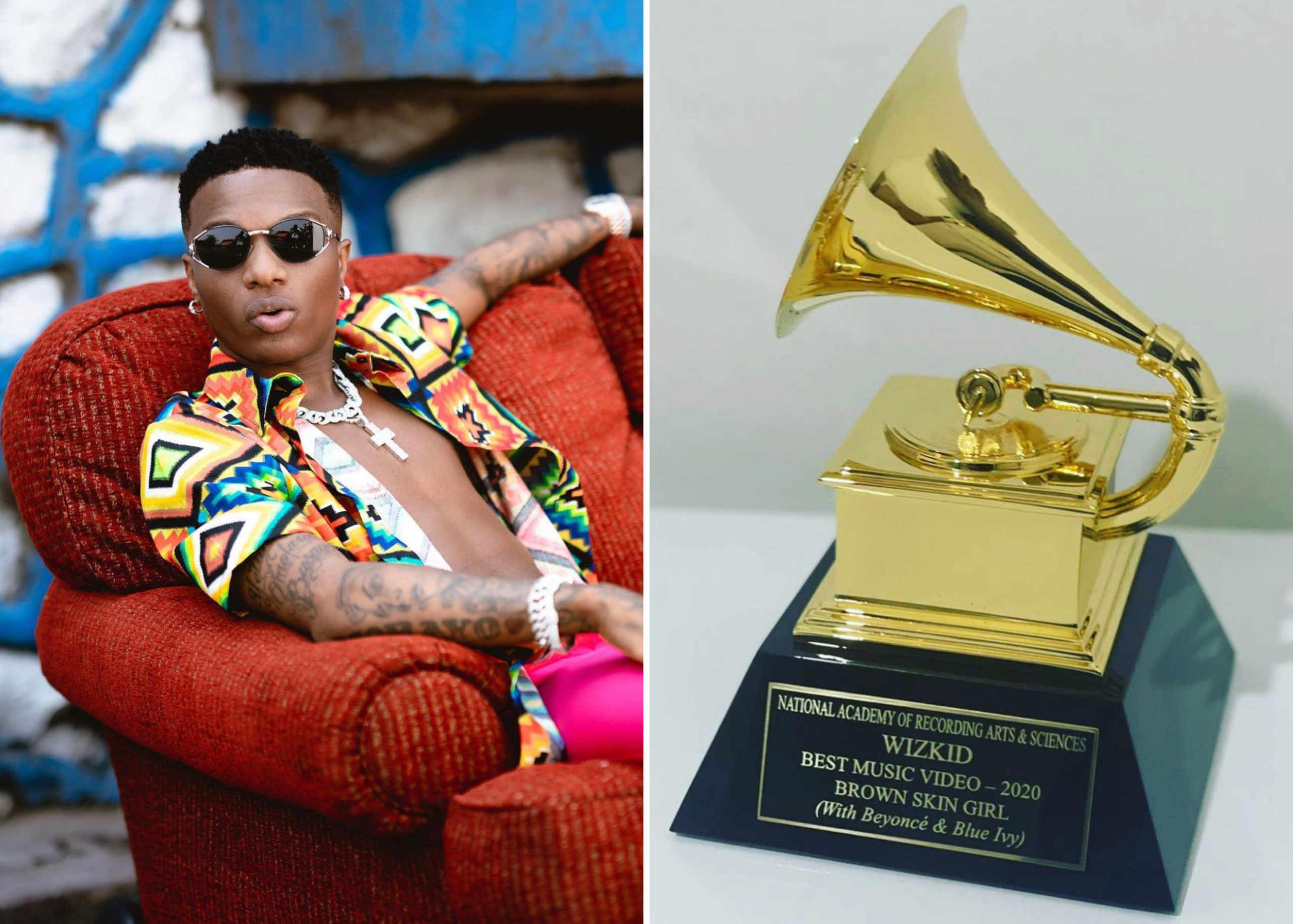 It would be recalled that on March 14, 2021, the Nigerian superstar won ‘Best Music Video‘ for his role on ‘Brown Skin Girl‘ at the 63rd Grammy Award.

He won the award alongside Beyonce, who owns the song and featured artists, Saint Jhn and Blue Ivy. The award will also go to Jenn Nkiru who directed the video.

The song was made for Beyonce’s album, Lion King: The Gift which featured other Nigerian artists like Yemi Alade.

However, there had been debates over if he is actually qualified to be called a Grammy winner because he isn’t the original owner of the song but got featured.

One of the major campaigners of this argument is Seun Kuti, son of late Fela Anikulapo Kuti, who in a recent video shocked many by indirectly asking Wizkid to stop parading himself as a Grammy nominee.

He claimed that himself, Femi Kuti, Burna Boy, and King Sunny Ade, were the only Nigerian musicians to be nominated by the Grammy.

Seun Kuti further opined that since Wizkid was featured in a song that won a Grammy award, he had no right to claim to have won a Grammy for Nigeria, as the song belonged to Beyonce.

His opinion caused an uproar on social media with internet users praising the singer while other called him out for hating on Wizkid.

However, Wizkid seemed to set the record straight and shun his detractors after posting a photo of his Grammy plaque on his Instagram story.

On the plaque, it was boldly written that he won the award for Best Music Video alongside Beyonce and Blue Ivy for Brown Skin Girl. 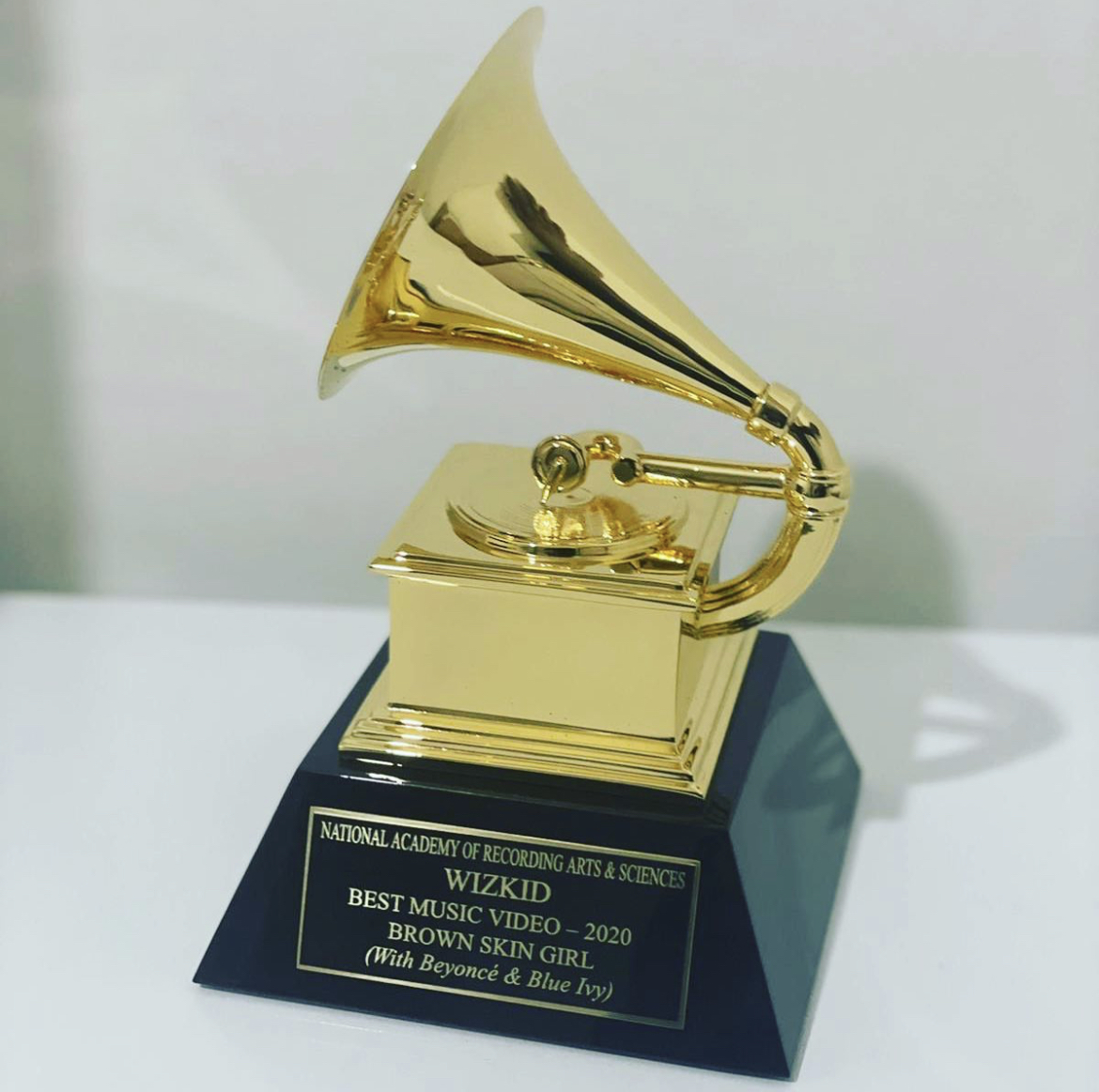 According to precedence, if Wizkid were to be a feature artist, it would have stated on the plaque but without it being categorically means Wizkid is a lead artist and he is a Grammy winner as much as Beyonce is.

Wizkid posted the award on his Instagram stories and become the second Nigerian to receive a plaque after Burna Boy over the past few weeks.

See reactions from many Nigerians below;

So yeah again, Wizkid is the 1st Afrobeats artiste to win a Grammy award.

Big Wiz is the GOAT & there is nothing you can do about it 🐐 pic.twitter.com/132IITm4BJ

Which kind person Wizkid be? They give you Grammy plaque you go dump am for store, finally person don go snap and for us 😩

Wizkid is the first Nigerian artist to win a Grammy. ❤️

For those who said that Wizkid didn’t win Grammy or he was just an attaché, it has finally arrived. Congratulations Machala 🙌 pic.twitter.com/6QKIzgBo5m

Fitting that Big Wiz got his Grammy Plaque after celebrating 10 years of Dominance in the industry, he has worked hard throughout his career, taken afrobeats to the World, inspired a New Generation & has been the Undisputed King of his Era.

The Grammy caps of the Greatness 👑🐐

Seun Kuti go get serious headache if he see that Wizkid Grammy, check on am if you sabi am.

Wizkid got his grammy plaque, Our thoughts and prayers are with seun kuti during this difficult time.

Wizkid showing his Grammy award to his haters 😂

Someone should check on Seun kuti 🤣