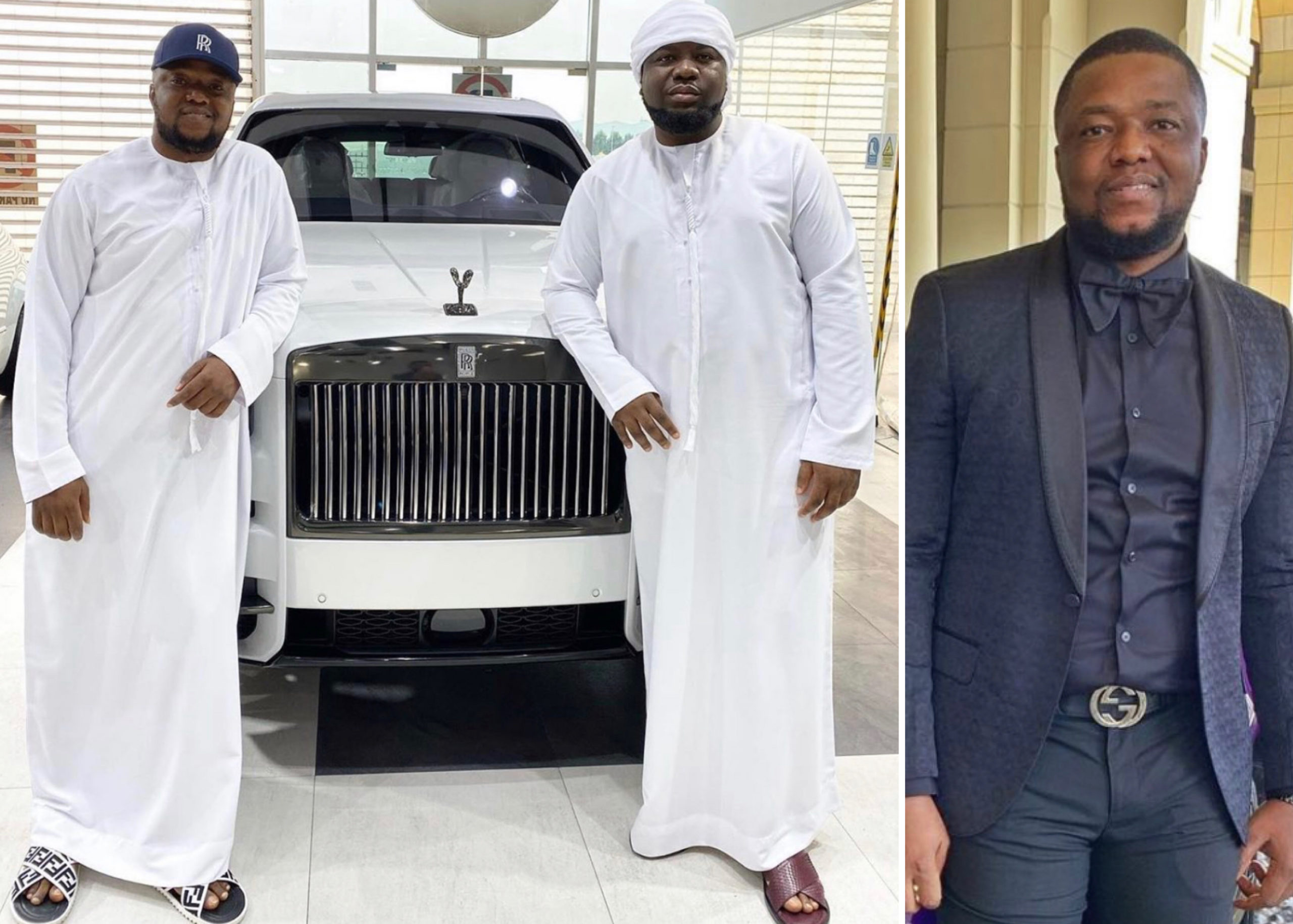 A friend of Ramon Olorunwa Abbas better known as Hushpuppi, who was arrested alongside the suspected international fraudster last year, has regained his freedom after spending over six months behind bars.

In June 2020, Hushpuppi was arrested in United Arab Emirates by Dubai police alongside Olalekan Ponle popularly known as Woodberry and others over money laundering and wire fraud allegations.

A short film detailing how Dubai police tailed and arrested a gang of online fraudsters including the socialites was released.

According to the narrator in the four-minute film released on June 25, the operation which led to the arrest of 12 fraudsters was for about four months.

Six raids were carried out simultaneously while some of them were asleep in their Dubai apartments.

Dubai police was able to track down Hushpuppi and his gang after months of investigating and monitoring their social media activities.

The film narrator stated that fake pages for existing websites were created by the gang to redirect any payments to their bank accounts.

The suspected international fraudster has since been in detention whilst being tried at a court in California, United States following his extradition to the country from UAE.

However, one of the persons who was also arrested simply identified as Pac regained his freedom after spending over six months behind bars.

After gaining his freedom he took to social media to make her first appearance with a lengthy post narrating his ordeal and the whole experience living behind bars for six months.

He revealed that Hushpuppi is still in detention and it is his prayer he gets lucky enough to be freed.

Pac then expressed his heartfelt gratitude to all those who supported him during these hard times of his life.

Sharing photos of himself posed by an exotic car, he wrote;

It is not funny how a dramatic turn of event can change everything forever. What seemed a quest for greener pastures turned out to be the darkest 6mths of my life. The pains of incarceration, the groans of solitude, the agonies of torture, my life that is lived with hope and great expectations was crumbling before me.

A year ago today, I, Rahman(Hushpuppi) and some other friends got arrested in Dubai, it was a week to my birthday, I thought the end has come. How am I supposed to make it out of these? I came to Dubai for opportunities, but here I am, behind guarded bars. The experience was not palatable, I wouldn’t wish it on an enemy. Miraculously they got nothing on me. Freedom is good, but the experience remains indelible as I can’t free my thoughts and minds from the grips of confinements. I still have nightmares. For all it is worth, I am happy to walk the street and take-in the air as a free man.

I am thankful for life and for the grace to look forward to my next birthday as a celebration of life and not behind bars counting down days with possibilities of worst outcomes. Life has not been the same since, more so, with my best friend and benefactor(Hushpuppi) still in detention. I hope he gets lucky too. I hope he returns back to his friends and families in one healthy piece.

I want to thank everyone that stood by me during these trying times. I want to say thank you to obakaakaki for the ceaseless love and affection.

Just In: Abducted Students Of Federal University Of…