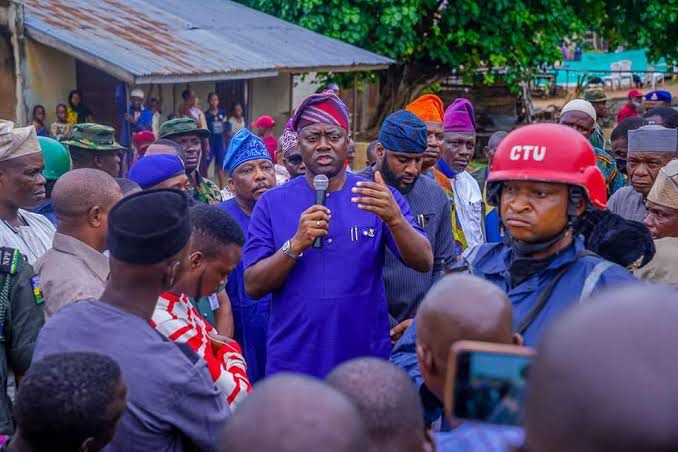 Governor Seyi Makinde of Oyo State has on Tuesday evening visited Igangan community in Ibarapa area to check the level of destruction carried out by the gunmen who attacked the town on Sunday morning.

Makinde, who visited the community alongside the speaker of the state assembly, Debo Ogundoyin, pleaded with residents not to retaliate but rather hold him responsible for what happened.

Makinde’s visit followed last Saturday night attack on Igangan community in Ibarapa axis of Oyo State by yet to be identified gunmen.

The governor in a statement on Tuesday evening by Mr Taiwo Adisa, his Chief Press Secretary, said he would do everything within his powers to safeguard the lives of residents of the state. 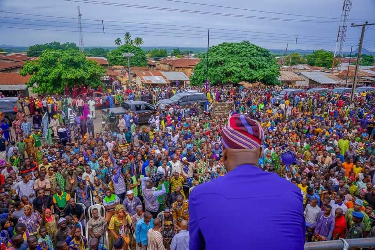 Makinde, however, vowed that his government would do everything possible to prevent a recurrence of the violent attacks on Igangan and other communities in the state.

I beg of you; give us the opportunity to come back and rebuild things and put a more solid architecture such that you will be able to go to farms and do whatever you want to do without fear.

But I should be held accountable. I am responsible for this and will do everything within my power to make sure that it will not happen again.

The governor promised to further empower local security guards and vigilantes in order to secure the area.

I have told your chairman that all the vigilantes and security guards, the government will be responsible for them. This is your government, please give me the opportunity to do the needful so that a meeting like this would not come up again.

I urge you to give me that chance to make the issue of insecurity here become a thing of the past. Don’t take laws into your hands. We have identified where there are hitches. We are supposed to be going to our farms by now because of the favourable weather. But hold me accountable, I have nowhere to go. 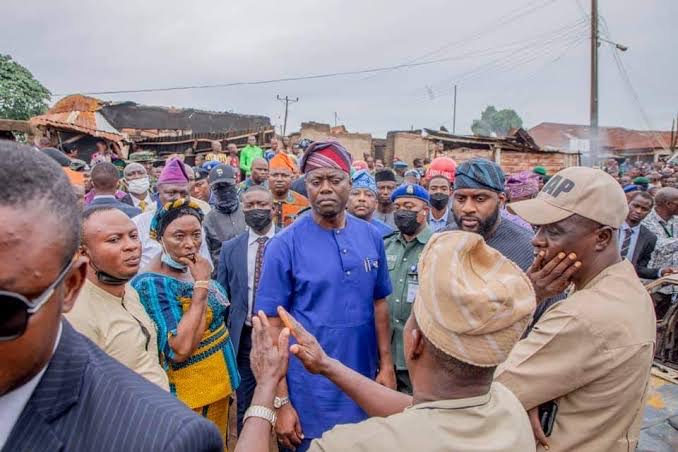 I believe there are some certain things we put in place, which we think would work but unfortunately, they did not work. Please, give me some time, everything will be resolved.

MDB on Sunday reported how the community came under attack by gunmen suspected to be herdsmen.

They set houses, a filling station and the king’s palace ablaze. Social media was flooded with pictures and videos of hacked and bloodied human bodies.

While police confirmed the death of 11 people, residents said over 20 people were killed. Many Yoruba groups have condemned the attack.

Also, the six governors in Nigeria’s south-west states have begun to move to prevent a recurrence.

The attack on Igangan comes months after Sunday Igboho led a crowd to Igangan to eject the head of the Fulani community there, Salihu Abdulkadir.

He accused Abdulkadir of backing criminal herdsmen whom he alleged were responsible for the kidnapping and killing of farmers and residents of the community.

However, Abdulkadir denied the allegation but he was nonetheless forcefully ejected from a community he had lived in for decades.

Federal and Oyo State governments frowned at the development, saying no citizen has the right to eject other citizens from wherever they wish to reside in the country.

Igangan residents on Sunday said they believe the latest attack was a retaliation for the eviction of Abdulkadir.