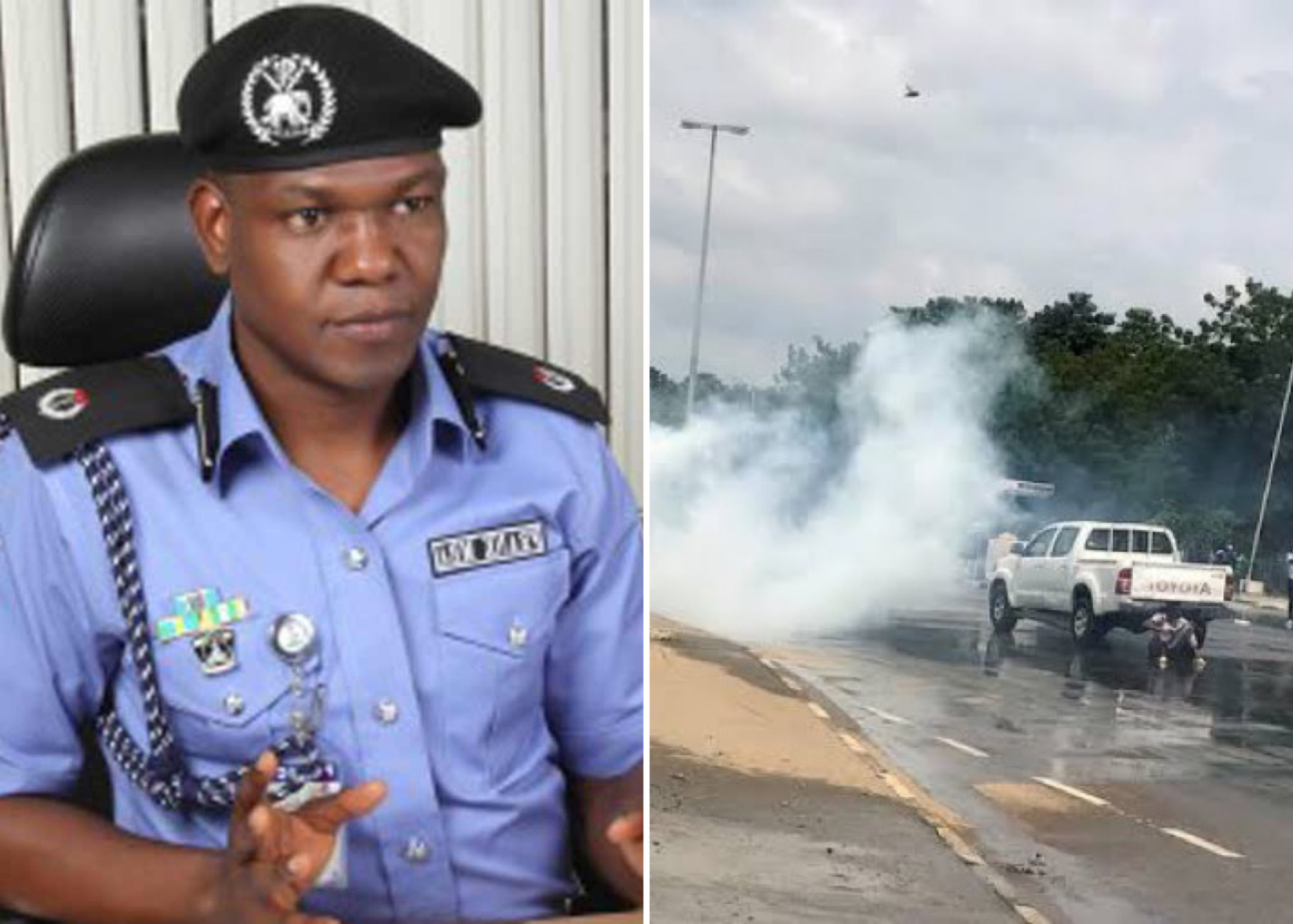 Nigerian police have justified its use of tear gas on protesters who took to the streets to mark June 12 Democracy Day by voicing their demands from the Federal Government.

During the protest, police shot teargas at protesters in Lagos and Abuja, dispersing the hundreds of people gathered demanding better economy, end of insecurity and more from the government. 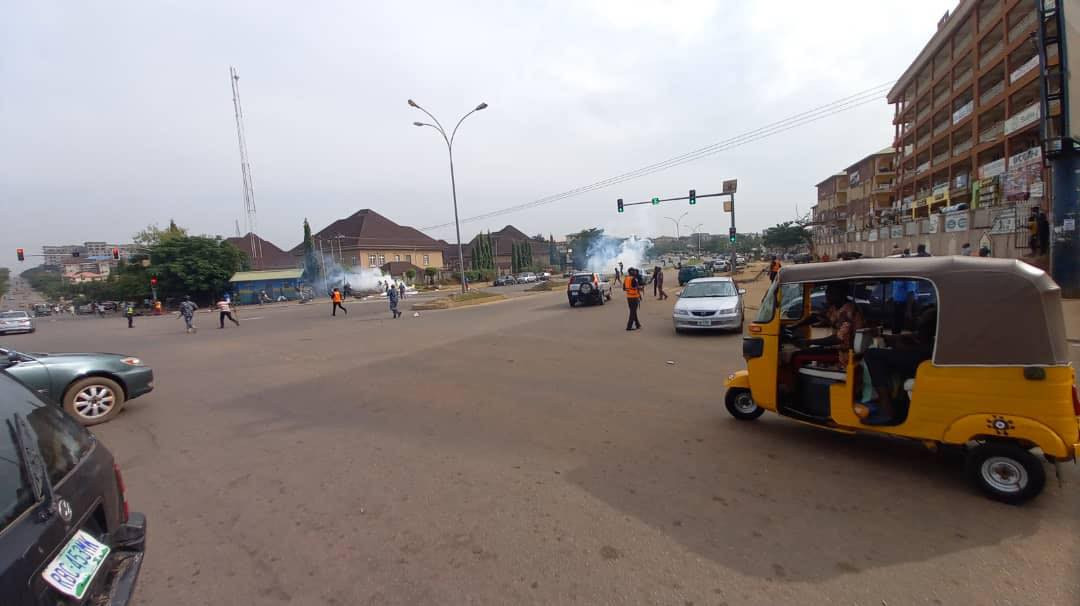 Frank Mba, police spokesman, in an interview on ChannelsTV stated that actions of officers were in line with international best practices of dispersing violent protests. 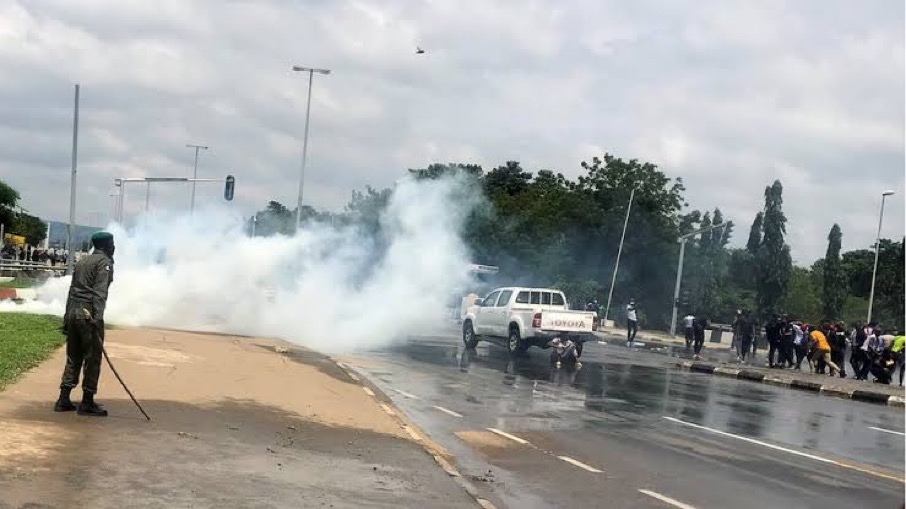 He expressed that the use of teargas was an isolated case in Abuja where protesters turned violent.

However, Channels Television correspondent who covered the protest in Abuja insisted that he did not observe any sign of violence from the protesters before the police disrupted their parade. 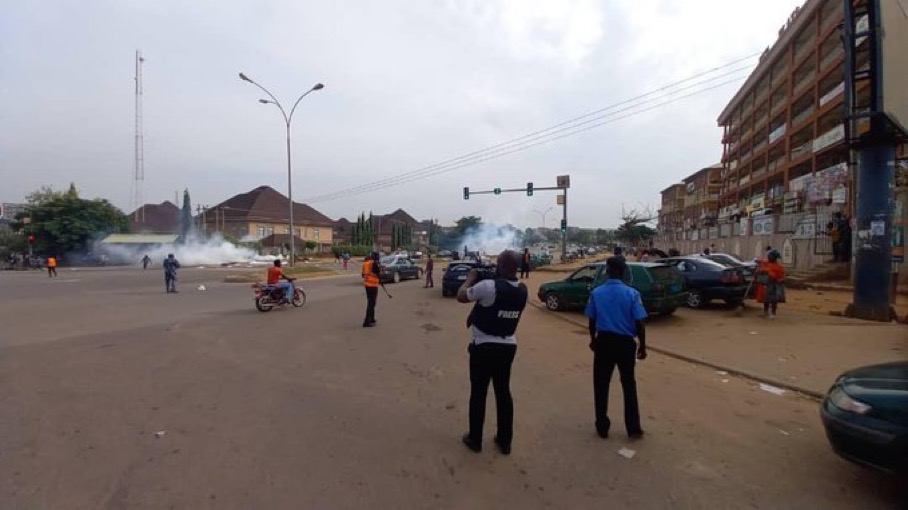 We had an isolated case in Abuja where some of the protesters became unruly and in line with international best practices, police fired teargas at them. And that is an acceptable mode of engaging violent protesters anywhere in the world, whether it is in Abuja, Lagos, Paris, London, or New York or California. That is internationally accepted.

We would have problems if we had fired live bullets at them, but when you fire teargas at protesters to disperse them, you are not in breach of any known code, either nationally or internationally.

Speaking further, Mba said that no Nigerian either in Lagos, Abuja, Port Harcourt, Kano or anywhere is currently in detention as a result of the isolated incident.

I also want to use this opportunity to state clearly that no citizen, either in Lagos, Abuja, Port Harcourt, Kano or anywhere, is currently in detention as a result of this isolated incident.

When you protest in contravention of these set of conditions I have given, clearly you are coming in direct conflict with the laws of the land, and the police will never stand by idly and watch you create problems for the entire polity.

Meanwhile, in a statement released on Saturday, police in Abuja said it had dispersed protesters in an attempt to foil attempts by Islamic Movement of Nigeria (IMN) to “incite public disturbance.”

The FCT Police Command on Saturday, 12th June, 2021 successfully restored calm at Apo-Gudu axis after professionally dispersing a protest by some members of the proscribed Islamic Movement of Nigeria (IMN)-Shiites and others targeted at inciting public disturbance and breaching public peace.Consequently, the action of the Command was necessitated by the concerns of some agitated residents. However, no arrest was made.

In view of the above, the Command wishes to state that it is committed to ensuring that FCT residents enjoy a hitch-free Democracy Day Celebration and will not hesitate to bring to book every person or entity that attempts to breach the peace or cause a breakdown of law and order in the Federal Capital Territory.

The Command implores residents to remain calm and law-abiding while reaffirming its unwavering commitment to the protection of lives and property within the FCT.