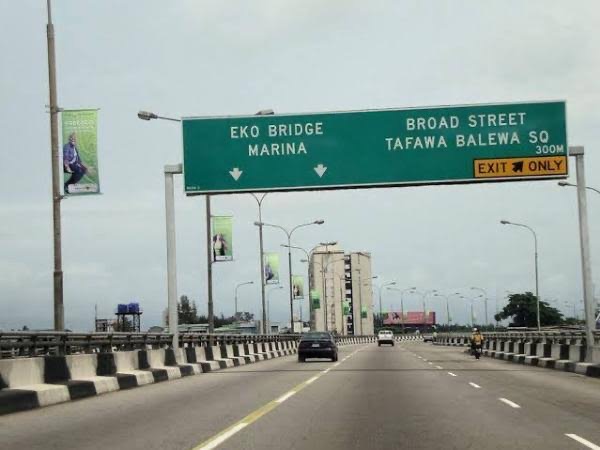 Lagosians have on Wednesday, June 9 taken to social media to raise alarm over the increased reports of broad daylight robbery in various parts of Lagos state.

Over the past few days, reports of robbery during the day have been shared on Twitter, with many Lagos residents calling for the intervention of the security agencies and state government.

Despite the alarm raised, another robbery incident was witnessed on Eko bridge today, with the video of the occurrence in circulation on Twitter.

In the video, a man who was driving by recorded a woman who appeared to be in shock while crying in her car as she slowly drove.

According to the narrator, the woman was attacked by armed robbery while in traffic, adding that the assailant went about breaking side mirrors of cars.

The man then warned other Lagosians about the recent increase in robbery rate in the state especially in traffic.

The viral video has since sparked angry reactions from many Lagosians and Nigerians in other states.

At least one robbery has been reported everyday on Eko bridge and it’s environs since last week. Even today that the IGP is coming to Lag a Lady still got robbed on Eko bridge, and that’s the one that we’ve heard. WHAT THE ACTUAL FREAK IS GOING IN LAGOS‼️‼️‼️😱😭

There’s an ongoing robbery on Eko bridge, do well to find alternative routes and be vigilant.

If you’re a woman driving in Lagos, drive only if you MUST, and if possible don’t drive ALONE.
The robbery spate is so high end women are easier targets.

Be safe out there , there’s an ongoing robbery at Eko bridge . Please be watchful sigh 😔

It was Twitter that helped me avoid Eko Bridge today or I could have been robbed or witness another robbery incident. The route I took added an extra hour to my trip. Been on the road now for over 2 hours. Just to go from VI to Surulere. No traffic management, no security. Lagos.

Yet, it’s twitter that bothers them so much! Anumpamas

Will the Lagos government say they’ve not heard anything about the robbery going on at Eko bridge on a daily basis now ??? I mean broad daylight! Come on now!! You were not elected for fashion show or a photoshoot!!!

Broad daylight robbery on Eko bridge today again. Maybe a protest should hold there, that will make them send soldiers & policemen there.

This eko bridge robbery is now an everyday occurrence! So nothing can be done about it? @jidesanwoolu said we should roll up our glasses,somethg they’d break to rob you! @PoliceNG won’t do their jobs but if it was unarmed protesters now, they’d come out in their full regalia

Dear Sanwo-Olu, order the military and police to Eko Bridge to wipe out the insurgents robbing in that axis. You did it during #EndSARS, you can #KeepitOn pic.twitter.com/DaXlxJdhcB

Since the government won’t do anything about the incessant robbery on Eko Bridge, it’s time to change it to “there’s ongoing protest on Eko Bridge”

I don’t understand no action has been taken to tackle this everyday robberies on Eko bridge . Wtf!

These motherfuckers really sent a full military base to the toll gate to stop protesters from performing their civic obligations, but can’t do nothing about Eko Bridge where there’s continuous complains/reports of robbery. How the fuck did we get here?

Rob for Jakande, rob for Admiralty, rob for Ozumba, rob for Adeola Odeku, rob for Eko bridge. The information is right here in the open! Are you people sure there is a Governor in Lagos state?

Isn’t it funny that people tweet about the robberies on Eko Bridge on a daily basis but the entire security apparatus in Lagos state can’t do anything about it?

If Sanwoolu can’t secure one known location, how will he secure the entire Lagos? https://t.co/mYhj8ZARDN

Passed 3rd mainland bridge on my way to the island from Surulere bcos Eko Bridge is a no from me forever. The state of things in Lagos is appalling