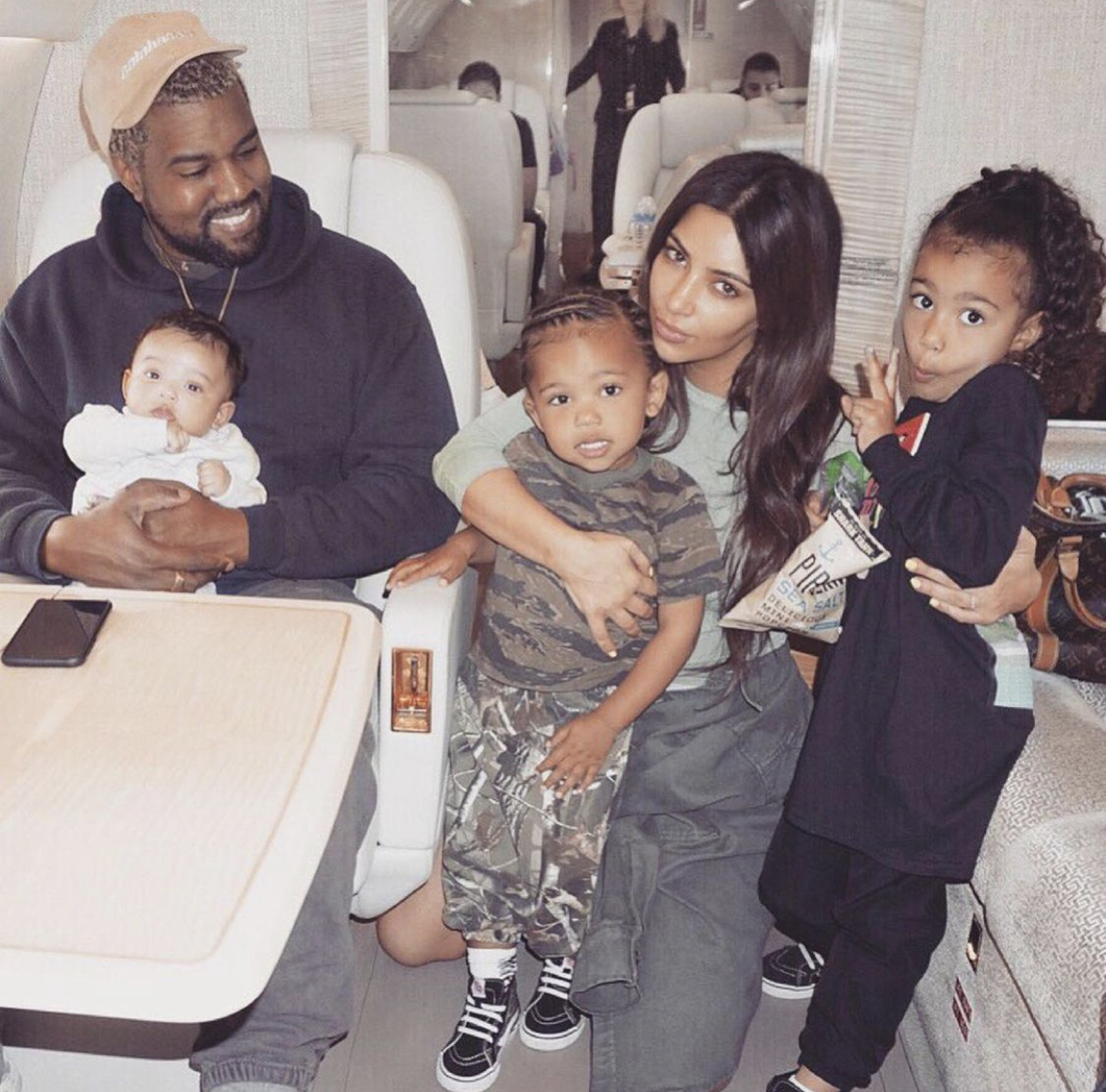 The mother of four took to her Instagram page, where she sent the cute but short message to the billionaire rapper.

“Happy Birthday Love U for Life!” she captioned an old family photo of them on a private jet with their four children, daughter North, 7, son Saint, 5, daughter Chicago, 3, before their fourth child and second son, Psalm, was born, who is now 2.

Reacting, Khloe Kardashian sent a string of heart emojis in the Instagram comments, and also wished the rapper the best of birthdays on her own account, calling him her “brother for life.” Kim commented on that post with a balloon emoji.

The Skims founder kept up the celebration for her estranged husband with more photos on her Instagram Story, including a vintage shot of West in 1987 (which she also posted on Twitter separately), a picture of the former couple in a car with a classic “Happy BDay” caption, and a more recent family photo of the rapper with their four children.

Kim recently made headlines after June 3 episode of Keeping Up With the Kardashians showed a glimpse of how the mother of four felt about her marriage issues with West, revealing her tearful confession to her sisters about how she felt “like a f—ing failure.”

The billionaire and Kanye‘s official divorce news first broke in February 2021, weeks after speculations about their marriage collapse.

Before her 2014 marriage to West, the 40-year-old reality star was previously married to songwriter, Damon Thomas and NBA player Kris Humphries.

Read Also: Kim Kardashian And Kanye West Have Reportedly Been Living Apart For A Year Amid Marriage Crisis

It would be recalled that West called out his wife on Twitter back in July 2020, for meeting with rapper Meek Mill at Waldorf hotel.
He later deleted the tweets.

Kim later took to her Instagram page where she revealed that her husband was bipolar and then appealed to everyone to support her family as they struggle with the music star’s illness.

She however, filed for divorce in February this year after 6 years of marriage, then West responded in April, and according to court documents, they made similar requests when it came to the custody of their children and their finances.

They are both seeking joint legal and physical custody of their children and they each requested that the judge terminate the court’s ability to award spousal support to each other with both parties citing “irreconcilable differences” as the reason for their split.