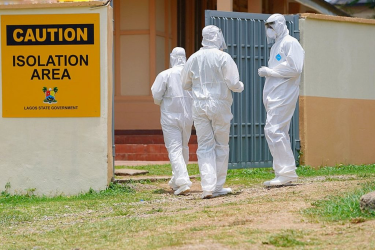 According to an update by the Nigerian Centre for Disease Control (NCDC) on Saturday morning, the new cases have raised the total infections in the country to 167,155.

NCDC in the update on its website said no new death was recorded on Friday, making it the 14th day without any casualty, making the death toll from the disease still stand at 2,117.

Nigeria has recorded no fatality from the infection within the last two weeks while the daily infection figure has also significantly reduced. The country is yet to record more than 100 daily cases in more than a month.

However, health experts have urged Nigerians to apply safety, saying the actual severity of the outbreak in the country could be masked by acute under testing in some states such as Kogi.

According to the disease centre, Delta State reported nine of the 13 new infections with Gombe and Rivers State sharing the remaining four cases equally.

NCDC in the update said Nigeria has tested 2,231,409 samples since the index case was reported in February, 2020.

It further noted that a total of 163,540 recoveries have been made across the country as five patients were discharged after treatment on Friday.

The agency said that the country’s active COVID-19 cases is now 1,494.