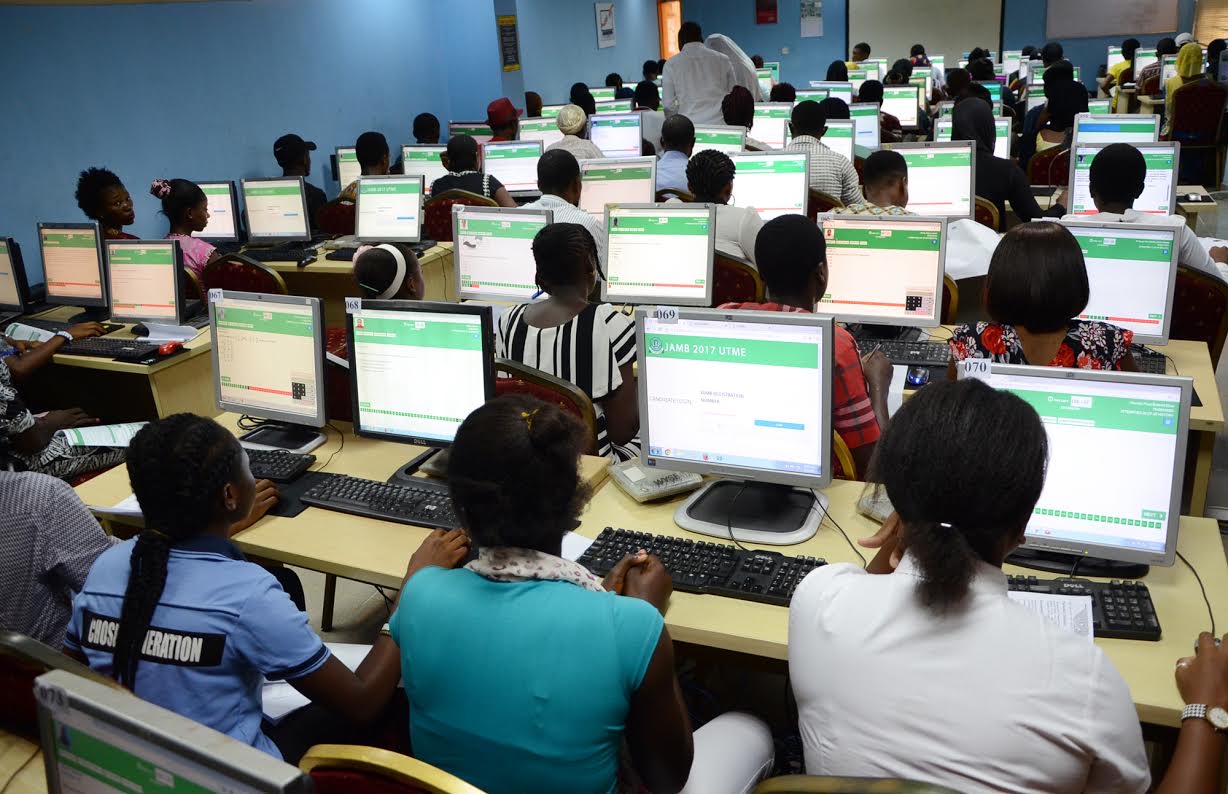 The State Commandant of NSCDC, Christiana Abiakam-Omanu, disclosed this to newsmen on Thursday.

Mrs Obiakam-Omanu revealed that the suspects were arrested at a Computer-Based Test Centre, CBT, in Federal University Otuoke.

They are accused of disrupting the smooth exercise at the centre and destroying some properties on Tuesday, June 22.

She then warned that NSCDC would not tolerate vandalism of government infrastructure adding that the corps remained committed to its mandate and would spare “no effort in prosecuting vandals.”

According to Mrs Obiakam-Omanu, the candidates registered for the Joint Admissions and Matriculations Board, JAMB, CBT examination in Otuoke centre in Ogbia Local Government Area of Bayelsa.

The suspects on June 22, disrupted the smooth exercise that was ongoing and destroyed some facilities in the centre.

They were allowed to participate in the examination having been registered by JAMB as candidates for the exams.

Speaking about the ongoing investigation, the commandant added that if found culpable, the suspects would face the full weight of the law.

The four suspects who admitted committing the offence, regretted their actions and appealed for leniency from the government.