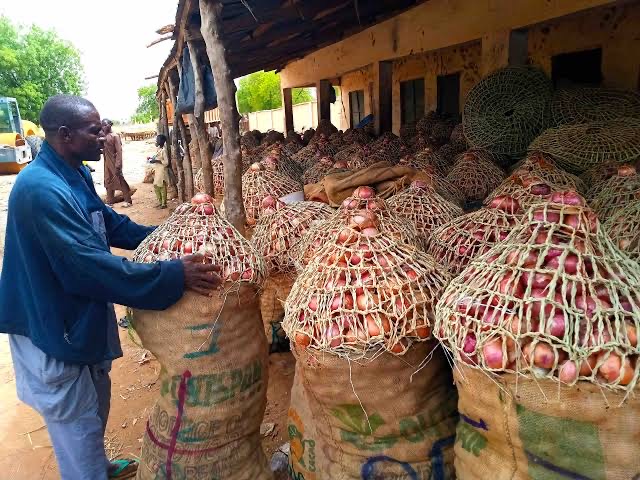 Onion Producers and Marketers Association of Nigeria (OPMAN) has threatened to cut off supply to southern Nigeria beginning from Monday, June 7, if the Federal government fails to respond to the association’s demands.

OPMAN had earlier made some demands to the government to compensate its member who recently suffered losses as a result of attacks on them by hoodlums in the South-East.

Other demands included the restoration of law and order in those areas as well as a thorough investigation to uncover the remote causes of those responsible for attacks on their members.

Addressing journalists after the association’s meeting in Sokoto at the weekend, OPMAN’s President, Aliyu Isa, said the organisation called on host communities in the region to respect the constitutional rights of northern traders in their respective states.

He noted that members of the association lost onions and property worth N4.5 billion in various attacks in the south.

Isa said during Aba crisis in Abia State, the association lost three members, while about 30 trailers, 9 utility cars, 50 stores and 10,000 bags of onion, among other valuables belonging to their members, were destroyed.

In Shasa, Oyo State, he said 27 lives, five trailers, 5,600 bag of Onions, 12 utility vehicles and other valuables were lost.

After full deliberation by the executive members of this association and the failure of government to respond to our cry, we resolved that we are shutting down the supply of onions to the entire South by Monday, June 7, 2021, unless all our demands are met.

Isa said that one of OPMAN’s demands is that its members who had suffered losses as a result of ethno-religious crises in the South must be duly compensated.