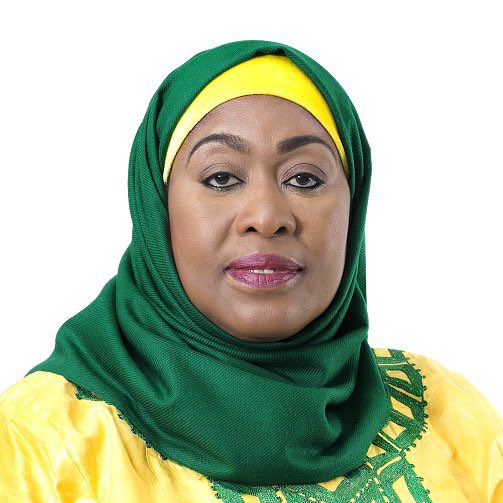 Tanzanian President, Samia Suluhu Hassan has urged the country’s central bank to be prepared for the use of digital currencies.

President Samia told the Bank of Tanzania on Sunday to be vigilant amid a rising interest and adoption of cryptocurrencies around the globe.

She made it clear that while African citizens have been using crypto assets for Peer-2-Peer (P2P) transactions, the continent is yet to utilize the full potential the cryptocurrency market has to offer, Coinquora reports.

I know that many countries around the world have not accepted or started using digital currencies. However, I call upon the Bank of Tanzania to start looking into these developments just to be prepared. We don’t want to be caught unawares or find out later that our citizens are ahead of us and have already started using cryptocurrencies.

More and more countries now appear to be adopting Bitcoin and other cryptocurrencies into their country’s governing bodies, and definitely, Africa will not be left behind.

Hassan made mention of El Salvador, first country in the world to adopt Bitcoin as a legal tender.

She draws El Salvador as an example to further give light to the fact that Africa is taking a backward approach if it is yet to accept cryptocurrencies and explore their potential.

Asides from the adoption of Bitcoin as a legal tender, El Salvador has also begun executing a plan to mine Bitcoin with the geothermal power of its volcanoes.

Hassan also noted the increasing impact of cryptocurrency assets on the global structure of finance, stated, “We have witnessed the emergence of a new journey through the internet”.

Hence, because of the phenomenal, she has instructed Central Bank of the country to begin to work on developing these new technologies, stressing that this must be a priority so the nation will not be caught by surprise when the world decides to make sudden changes for the future.

Asides from African countries, other countries are already prepping their governments to explore and gain from the potential that cryptocurrencies have to offer.

Panama and Paraguay have begun hinting at the possible adoption of Bitcoin and other cryptocurrency as well.

Nigeria alone contributes up to $8.5 million in trading BTC via P2P transactions. Kenya follows next with $3 million, Ghana with $2 million, and finally, South Africa with $1.6 million.

South African Brothers Who Fled With $3.6billion In Bitcom Bought Citizenship For…

US Recovers $2.3m In Bitcoin Paid To Colonial Pipeline…