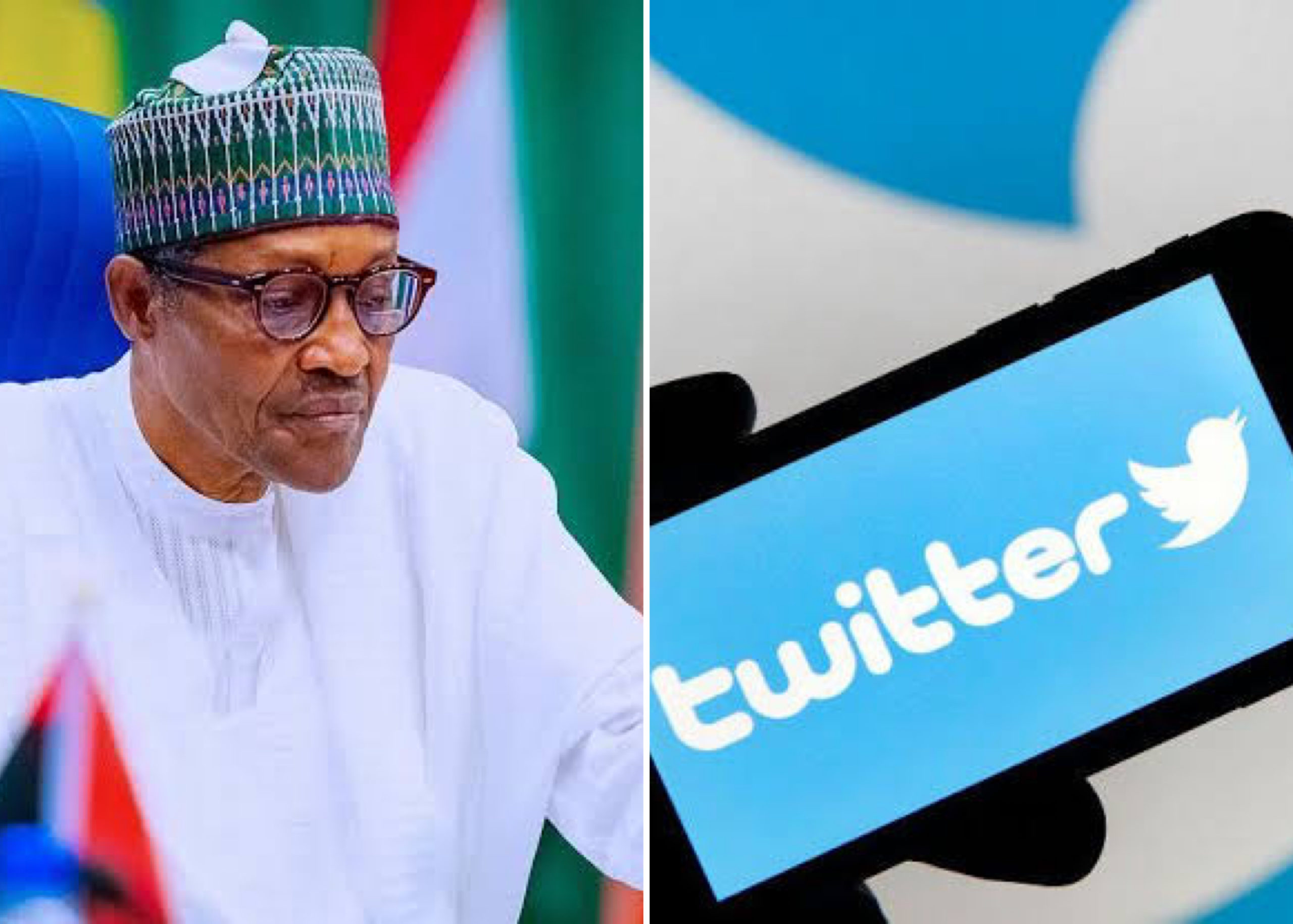 Federal Government has on Monday said it was in discussions with social media giant, Twitter following the suspension of the micro-blogging platform in the country.

Twitter suspension has provoked an outcry from the international community and rights groups who denounced it as a threat to freedom of expression in Africa’s most populous country.

Nigeria said it was halting the platform’s operations indefinitely on Friday, two days after Twitter deleted a comment from President Muhammadu Buhari’s account referring to civil unrest that the firm said violated its rules.

Foreign Minister, Geoffrey Onyeama after a meeting with diplomats on the issue said;

There are discussions ongoing with Twitter, we will see how that progresses, so I cannot say for now the duration of the suspension. There are conversations, yes, with our partners. We want to use social media for good.

Twitter has not yet commented but said earlier that it was “deeply concerned” by Nigeria’s move and that it would work “to restore access for all”.

EU, US, Canada and Ireland issued a joint statement criticising the ban saying that the global pandemic was a time when Nigeria needed to foster dialogue and promote information sharing. 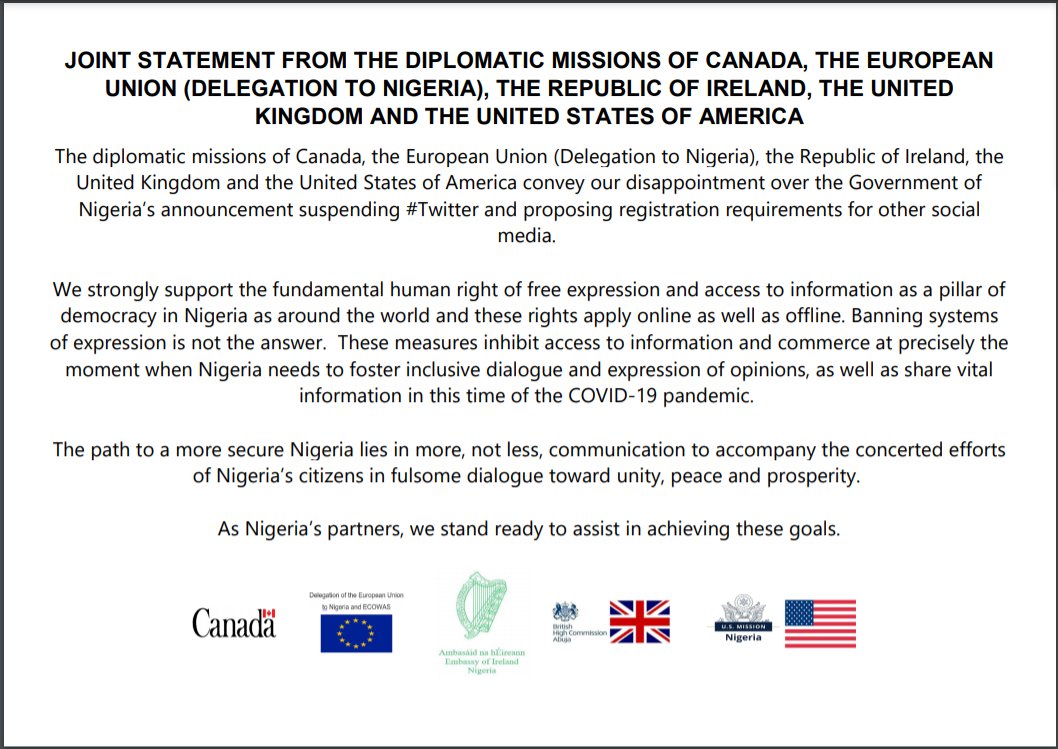 After Monday’s meeting, US Ambassador to Nigeria, Mary Beth Leonard said the diplomatic community stood by its position.

We recognise that there are issues of responsible use of social media but we remain firm on our position that free access to the ability to express oneself is actually very important.

Earlier on Monday, the country’s National Broadcasting Commission (NBC) directed all TV and radio stations to “suspend the patronage of Twitter immediately”.

More than 39 million Nigerians have a Twitter account, according to NOI polls, a public opinion and research organisation.

The platform has played an important role in public discourse in Nigeria, with hashtags #BringBackOurGirls after Boko Haram kidnapped 276 schoolgirls in 2014, and #EndSARS during anti-police brutality protests last year.

Some Nigerian broadcasters are concerned the clampdown on Twitter is part of more general crackdown against the media.

A social media executive at a major TV station in Nigeria with several thousand followers on Twitter, who asked to remain anonymous considering the sensitivity of the issue, expressed;

It is very important we push back and fast because they could go further. We need to talk to the different media houses and adopt a strong and common answer. Twitter is a very important platform for us, and it brings a lot of viewers globally.

Onyeama insisted on the “responsible use of media” in remarks to reporters after the meeting.

We are not saying that Twitter is threatening Nigeria or (anything) like that. Why we have taken such a measure is to see whether we can rebalance the media as forces of good, and stop them from being used as platforms for destabilisation and facilitation and encouragement of criminality.

The government’s suspension came after Twitter on Wednesday deleted a remark on Buhari’s account in which he referred to the country’s civil war five decades ago in a warning about recent unrest.

A presidency spokesman, Garba Shehu in a statement noted;

There has been a litany of problems with the social media platform in Nigeria, where misinformation and fake news spread through it have had real world violent consequences.

“VPN app” was the second most searched trend Saturday on Google in Nigeria, as virtual private networks can enable Twitter users to bypass the ban, however, Nigeria has warned that it would prosecute violators of the Twitter ban.

Twitter: Again, US Asks FG To Respect Citizens’ Freedom Of Expression Right By…

‘I Will Keep That To Myself’ – Buhari Reacts To Question…