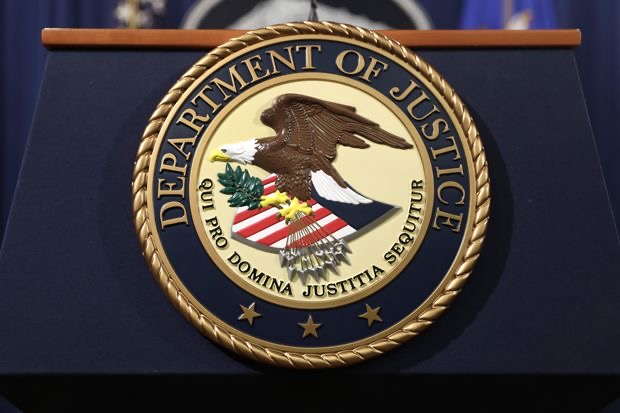 US Justice Department has on Wednesday said it had seized 33 Iranian government-controlled media websites, as well as three of Iraqi group, Kataeb Hezbollah, which it said were hosted on US-owned domains in violation of sanctions.

Visitors to leading Iranian media sites like Press TV and Al-Alam, the country’s main English language and Arabic language broadcasters, as well as the Al-Masirah TV channel of Yemen’s Huthis, were met with single-page statements declaring the website “has been seized by the United States Government” accompanied by the seals of Federal Bureau of Investigation and US Commerce Department. 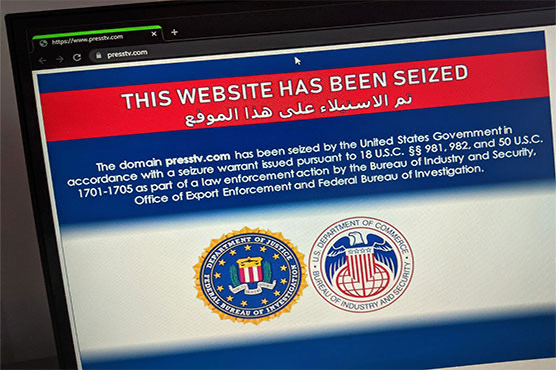 The US department of justice said it obtained court orders to carry out the action.

It said 33 domains used by Iranian Islamic Radio and Television Union (IRTVU), reportedly run by Islamic Revolutionary Guard Corps Quds Force (IRGC), are owned by a US company and that IRTVU did not obtain a licence from the treasury’s office of foreign assets control before using the domain names.

Some of the websites were said to be linked to Kataib Hezbollah (KH), an Iran-aligned Iraqi militia group that has been designated a terrorist organisation by the US.

Both IRTVU and IRGC have also been placed on the US sanctions blacklist, making it illegal for US citizens, companies, and foreign companies with US subsidiaries to have business with them.

The department in a statement said;

Today, pursuant to court orders, the United States seized 33 websites used by the Iranian Islamic Radio and Television Union (IRTVU) and three websites operated by Kata’ib Hizballah (KH), in violation of US sanctions.

Components of the government of Iran, disguised as news organizations or media outlets, targeted the United States to subvert U.S. democratic processes.

Some of the sites were, however, back online within hours with new domain addresses.

Reacting to the development, Islamic Republic of Iran Broadcasting (IRIB), the owner of Press TV and Al-Alam, accused the US of stifling freedom of expression.

Justice Department did not identify the US company or companies which owned the domains that hosted the websites, or explain how they had been able to host them contrary to sanctions.

US action came as Washington seeks to restore 2015 agreement between Tehran and six major countries to freeze its nuclear program in exchange for lifting sanctions.

In 2018 then-president Donald Trump ordered the United States to withdraw from the agreement, alleging that Iran was not adhering to its commitments, though independent nuclear inspectors said it was.

Upon taking office this year, President Joe Biden committed to rejoining the agreement and talks with Iran on what both sides would do to resume the pact have gone on for weeks.

EU negotiator, Enrique Mora said on Sunday that those involved in the talks were “closer” to saving the Iran nuclear deal but that sticking points remain.

The US action also came just after Iranians chose ultraconservative cleric Ibrahim Raisi as president in an election the US State Department characterized as neither free nor fair.

BBNaija Reunion: Brighto Claims His Male Organ Was Swollen After Dorathy Performed Oral Sex On Him